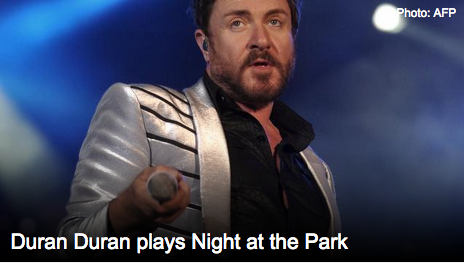 Duran Duran plays next summer Night at the Park, which announced the organization of the festival Wednesday.

The British band Duran Duran broke through in the eighties and is known for hits Reflex , Notorious and A View to a Kill .

Duran Duran released their latest album, All You Need Is Now , in 2010, and now the band is working on a new album.

It was previously revealed that UB40 and Embankment on the new festival in The Hague Zuiderpark play. Night at the Park will take place on 27 June. The complete line-up will be announced next month.