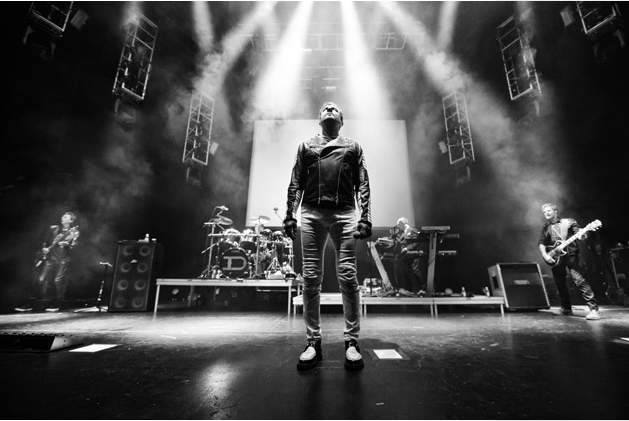 Lead singer Simon Lebon marched with a certain swagger all the way to front of the stage and stared at the audience with an intense look without even a hint of a smile. Part of his charm has always been his dramatic quirkiness - which has translated to his persona as well as the fantastic music he writes for Duran Duran. The band kicked off with "Wild Boys" - which today, sounds like a reference to what they used to be when they first took the world by storm. The hits rolled for around ninety minutes with not a single moment of "filler". The setlist revisited the most commercially successful endeavors from their legacy - including songs from albums such as "Rio", "Notorious", "The Wedding Album", "All You Need Is now" and "Astronaut". - [Radiocremebrulee.com]

New Wave survivors Duran Duran played two sold-out nights at Port Chester's Capitol Theatre over the weekend (August 1 & 2). While they have a new, guest-filled album due out in September, the band mostly stuck to the hits, opening with "Wild Boys" and cranking through the lion's share of their '80s MTV-era hits. They did play new single "Pressure Off" and did "Election Day" by spinoff band Arcadia, as well. Setlists differed a little between the two nights and you can check out both and pictures from Saturday's show (including a few of opener Penguin Prison) in this post.

"With FOLD Festival I curate the artists and I curate the playlist as well, to a large extent," Rodgers tells EW by phone as he prepares for the event, which has a lineup that includes Beck, Keith Urban, Pharrell Williams and Chic itself. "What winds up happening is that you are bombarded with hit records from the moment you walk in the door, you just hear hit after hit after hit after hit."