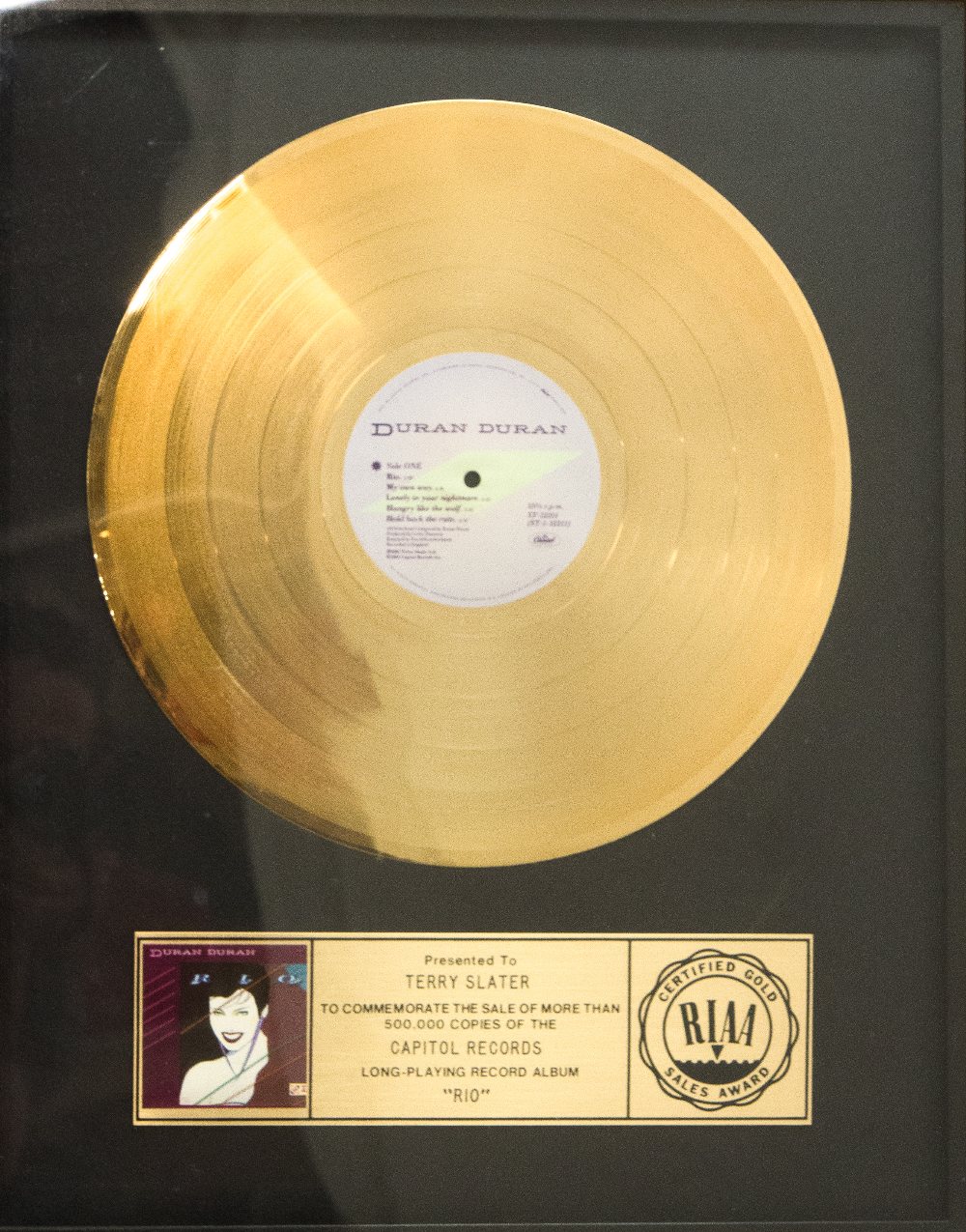 One of the most revered items to collectors worldwide is an authentic sales certification Award, also known as the Gold or Platinum Record. These awards are made in very small numbers, and due to the rarity of them coming onto the open market, they can be very expensive.

There are two main types of sales awards. The first is an award that is presented by a music industry trade association. Some common countries for these organizations are the USA (RIAA), Britain (BPI), Canada (CRIA), Australia (ARIA), Germany (BVMI) and Japan (RIAJ). When an artist sells a certain number of units, they are eligible for an award that corresponds to that number. The most common awards are Gold, Platinum and in the United States, Diamond. Over the years, the sales numbers required to achieve an award have changed.

The second type of award that we see commonly is referred to as an 'in-house' award. These awards were cheaper and easier to have manufactured than those from trade organizations, and would be given by a company like EMI to their employees and others who helped with the success of a release, such as distributors, people from satellite label offices in smaller markets, sales people, marketing people, other artists who worked on the release and influential media.

When collecting Awards, there is a scale of what is considered the most desirable. At the top is an award presented to the band themselves, followed by the band's management and closest associates. This might include producers, engineers and other key people who worked on the album. Of lesser significance are awards presented to employees of the record company, radio and media personalities and other people deemed to have given something significant to the project and its success.

Due to the rarity of these Awards, there is a dark side to collecting them. There are many fakes and forgeries, and collectors must be both vigilant - and diligent - to ensure they buy articles that are genuine. Here are some tips to help on your journey to buying a genuine sales award for your collection:

The award will always be presented to someone in particular. The earliest Duran awards in the USA and Canada were presented to the band under the name DURAN DURAN. Most of the awards received later were made out to the individual band members, which makes keeping track of them much easier.

Finally, the key ways to ensure your award is genuine is to follow up the Award's provenance. This means the complete ownership history of the piece since it was issued. If you have these critical details in line, that means your article is the real thing. An example of this would be if an Award was donated to charity by the band and then later sold by the original buyer. With paperwork to back this up the seller would have very strong provenance, and as the buyer you could feel safe that what you are buying is genuine.

If you play your cards right, the award could go to you!