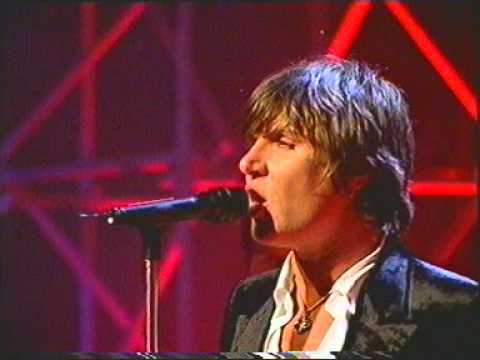 The Rock & Roll Hall of Fame announced the nominees for the class of 2022earlier this week, and the list includes Eminem, Dolly Parton, Lionel Richie, Carly Simon, Judas Priest, A Tribe Called Quest, the New York Dolls, Rage Against the Machine, and Duran Duran.

It’s impossible to predict for sure which acts will get in, but Duran Duran feel like a pretty safe bet considering the Rock Hall brought in the Cure in 2019, and Depeche Mode in 2020. The band is also celebrating its 40th anniversary right now and an induction would be a nice capstone to the festivities.

“Just to make it onto the nominations list is an honor that I never expected to experience,” Simon Le Bon said in a statement. “But for sure, this distinction is due in large part to the fact that we have an army of fans around the world who have unwaveringly supported us for these past four decades. We are all extremely grateful to all of you for making this happen.”

The Hall of Fame nominated the original lineup of Le Bon, keyboardist Nick Rhodes, bassist John Taylor, drummer Roger Taylor, guitarist Andy Taylor, and Nineties-era guitarist Warren Cuccurullo. There are many other latter-day members who didn’t get the nod, but Cuccurullo played a crucial role in the creation of the band’s 1993 hits “Ordinary World” and “Come Undone.” Those songs brought Duran Duran back into the center of the pop universe after years in the wilderness, and guaranteed that they’d be remembered as more than teen sensations from the New Romantic era. He deserves this. Here’s video of the band playing “Ordinary World” with Cuccurullo on Top of the Pops in 1993.

They parted ways with Cuccurullo in 2001 to make way for a reunion of the original lineup. Just five years later, Andy Taylor left the band yet again because an “unworkable gulf” had grown between him and the rest of the guys. This could have conceivably cleared the way for a reunion with Cuccurullo, but that wasn’t in the cards. They instead brought in Dominic Brown, and Cuccurullo has kept very far from the Duran Duran universe during the past 15 years.

That could change later this year if Duran Duran enter the Hall of Fame. “There’s no way I’d be sitting here talking to you if it wasn’t for the the incredible artistic contributions of both Andy Taylor and Warren Cuccurullo,” Le Bon said on SiriusXM the morning the Hall of Fame news broke. “If we get through, it would be great to get onstage with them again.”

The dream scenario is that the original five-piece band starts the set with early classics like “Planet Earth” and “Hungry Like the Wolf” before Cuccurullo comes out for “Ordinary World” and “Come Undone.” It sounds like fan fiction, but over the years the Hall of Fame has reunited Led Zeppelin, Talking Heads, Cream, the Police, Simon and Garfunkel, and the two warring factions of Yes. If the Hall can do that, it can can get Andy Taylor and Warren Cuccurullo back with Duran Duran for a few songs.