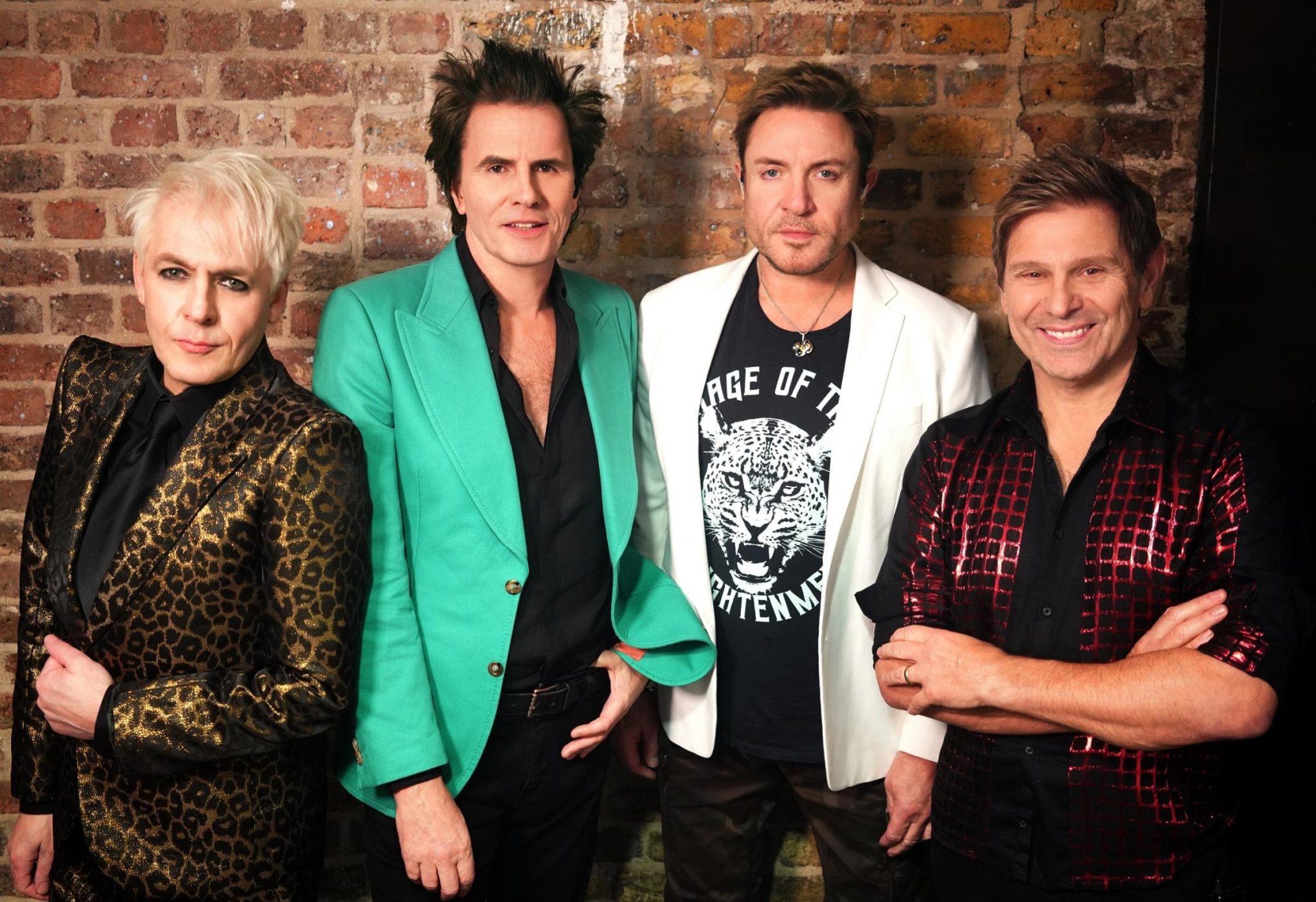 EVEN by their own exalted standards, it’s shaping up to be quite a year for Duran Duran.

At the weekend they performed in front of Buckingham Palace as part of the Queen’s Platinum Jubilee Concert and last month they were elected into the Rock and Roll Hall of Fame.

This summer a series of major festival dates awaits, including a headlining slot at the Lytham Festival on Friday, July 1.

Not bad for a band formed more than 40 years ago.

“The interest in the band does surprise me sometimes,” said drummer Roger Taylor. “I always think that it’s going to come to an end at some point. It still shocks me when people are so interested. There have been some far better bands than us who have long gone by the wayside.”

Speaking to Roger you sense a genuine excitement about returning to playing live, after the pandemic so interrupted the live music scene.

“We played our first date back last year and the reaction was incredible,” he said. “It was like hysteria out there, I could not believe it.

“I think it was the release people felt after being locked up for two years and I think that bodes well for this year’s shows. People are really going to be up for them

“Shows are one of those things that people really missed - including us.”

When Covid brought enforced lockdown, Duran Duran were well on the way to completing their album Future Past.

“We were in the middle of making record and very close to booking a tour when it all stopped,” said Roger. “The band has a regular cycle to it - we do work in the studio followed by a tour and suddenly we were taken off that and it felt really strange I have to say. It’s such a big part of our DNA playing in front of our fans. When you can’t play it’s quite a difficult experience so we were really energised when got back in front of our fans again.”

Given the thousands of shows the band have played over the years it’s surprising to hear Roger say that there were plenty of nerves in the air before that first gig back.

“Oh, we were nervous,” he said. “We hadn’t played live for two years but you immediately get that energy off the audience which just lifts you. I think it will be like that this year at Lytham.”

Future Past was released last year to great acclaim with critics heralding it as one of the band’s finest releases.

“We set out to recapture some of the early records really playing together as a band,” said Roger.

“The first thing we did was set up in the control room and play together. It’s very easy in the digital age to make everything on computer. You can play the drums for a minute and they get the rhythm and build a whole drum track around it but this was definitely about going in and playing live again and playing together.

“One of the things that we have lost to a certain extent is bands where you can really recognise the musicians when you listen to the music. On Rolling Stones records you recognise Charlie Watts drumming, you recognise Keith Richards’ guitar because it is their sound. I think it was about getting back to that idea.”

In the early 1980s with albums like Rio and seemingly weekly appearances on Top of the Pops, Duran Duran were one of the highest profile bands around but for all their success perhaps the quality of their songs wasn’t fully appreciated.

“I do think there is a real appreciation for those early records now,” said Roger. “You tend to forget that when Rio came out there was so much competition to get heard, there were some really great bands around and perhaps now finally people have given us a little bit of credit.”

Roger took a well documented break from the band from their heyday in the Eighties, rejoining in 2001 and the original line-up of Simon le Bon, Nick Rhodes and John Taylor have been together ever since.

“Ever since the reunion being a heritage act is something we’ve resisted strongly,” said Roger. “We have always felt that we’ve got something to offer and we still do.”

The band clearly retains that gang mentality and it’s something Roger attributes to their on-going success.

“Being a team, working together is the key to the longevity of the band,” he said. “Every band that has stood the test of time has had that. U2 is very much much a working partnership and we are very much the same.

“Everything has to go through everybody before a decision is made.

“I think we’ve also managed to keep each others egos down. Believe it or not we’re pretty down to earth guys actually and we tend to keep each other in check and not allow ourselves to get too inflated. It’s a very democratic process.

“It’s never been a case where one person comes in with an acoustic guitar and said ‘this is what you’re going to play’. We have all been intrinsically involved in everything to do with song, production, the mixing. So I think that’s why we’ve been around for so long.

“Maybe it’s something to do with coming from the Midlands which was always the home of democratic unions and things like that.”

With another hit album under their belts, success has presented Duran Duran with a challenge. What to include in their set for Lytham without the show turning into one of Springsteen-esque proportions.

“It is quite difficult,” said Roger, “but let’s face it, it’s a bit of a first world problem, what do we fit into a set!

“We know that people want to hear the classic songs so we have to make sure there is room for them. We won’t be going out and playing 30 new songs. It would be unfair to go out there and not play the older songs so there will be a bit of everything.”