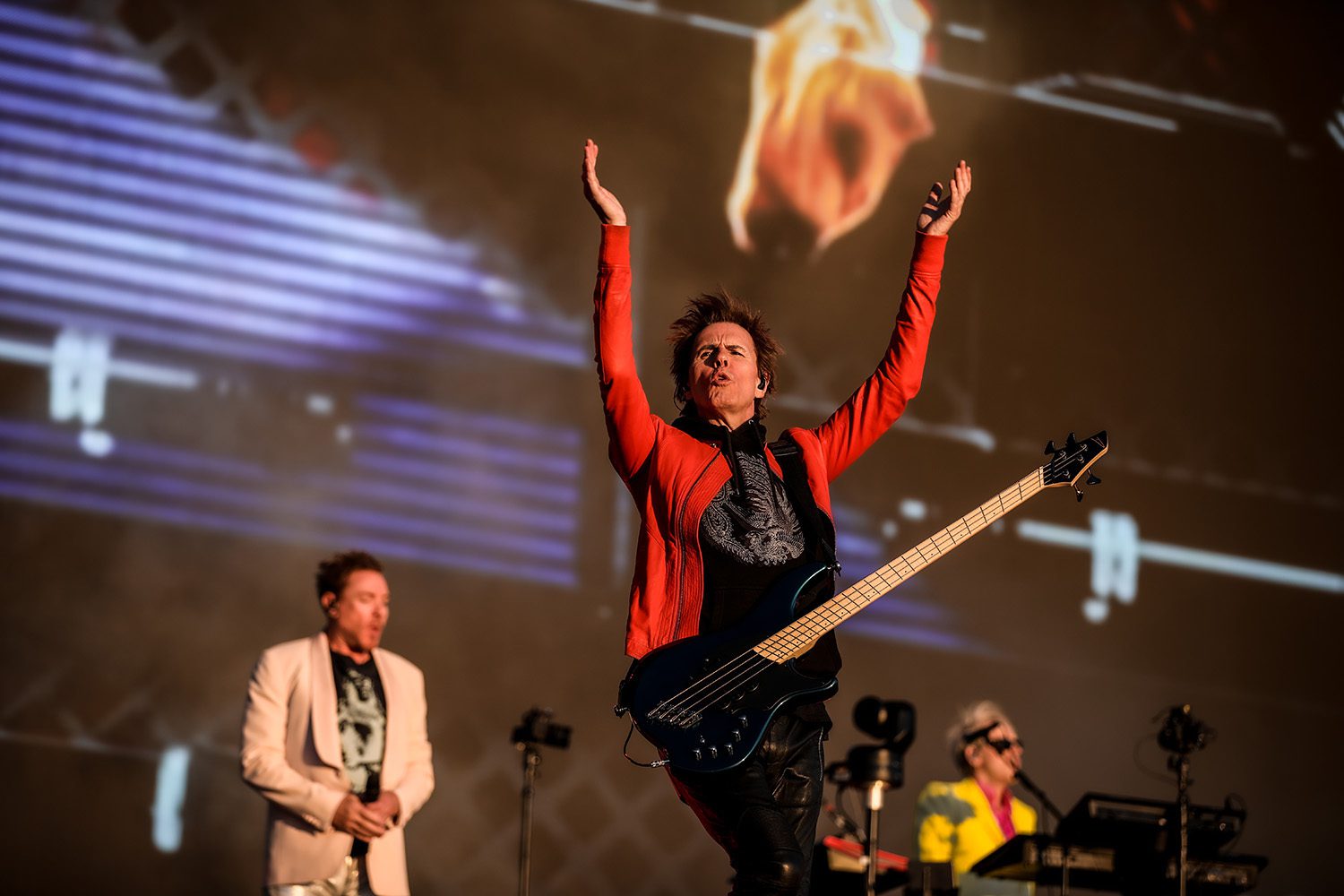 Just looking around and seeing the transformation that Hyde Park has undergone to make way for the legends blessing its stage this summer is enough to inspire awe. Bars take shape in varying ways depending on the corner of the world they’re trying to imitate, there’s a large garden, reddit silent disco, hard rock museum and enough eateries to keep the pickiest of foodies happy. The crowd was a diverse and eclectic mix of young and old, all wearing a mix of light and dark colours, all from different parts of the world, all united on that 28-degree day with a love of music and the same occasional complaint that it might have been a bit too hot.

In terms of the music, the festival is split into two main stages. One is the smaller Hard Rock Rising Stage (which is shaped like a rainbow) and the other is the Great Oak Stage (which is shaped like a stage but with a massive tree climbing up the side) (type of tree unknown). The days line-up was a mix of funk, punk and all things in-between as both stages had the likes of Charlotte Adigery & Bolis, WarmDuscher, Nile Rodgers & CHIC and the headliners Duran Duran perform.

Swaggering across the stage in the early afternoon was Charlotte Adigery & Bolis who played a set filled with narrative driven EDM that seemed to appeal to everyone in the diverse crowd, best shown by a Mum with glitter on her face stumbling up to her daughter with a bottle of rose in her hand and yelling over the music “this is so cool!” Shortly after Charlotte was WanderDuscher, a mild punk version of Bloodhound Gang whose set unfortunately left a lot to be desired and can only be described as a time-passer.

At 6:10 there was a shift in the festival as all of the traffic started to move in the same direction and head towards the Great Oak Stage. A mutual two-step spread out across an eagerly awaiting crowd before “I just can’t wait for Saturday” started blasting through the speakers and Nile Rodgers & CHIC took the stage.

Now, it needs to be said that this set was a feast for the eyes and the ears as the whole thing was a strewn together mix of classic after classic that make up Nile Rodgers writing credits. Tracks from the likes of Daft Punk to Madonna to Diana Ross were all played and met with a warm welcome of familiarity from everyone in the crowd, even if the overall atmosphere was slightly underwhelming. Nile and the talented members of CHIC managed to create a vibe that afternoon which refused to die despite a leaded hipped crowds’ best effort to smother it with a pillow. That being said, it didn’t stop the set from being somewhat strange.

On stage that afternoon, not only did the crowd see Nile Rodgers and CHIC strum out some bangers, but we were all also witness to Nile seeming to get into a pissing contest with himself. Before every track there was a speech that bragged about how many records the next song sold, or a reference to how much of a legend he is. It got really confusing when there was a picture montage that just showed Nile with a lot of the famous people he had previously met (included in which was Harry and Meghan who I don’t think he has ever written a track for). Despite the oddness of the performance though, the setlist and execution was so fantastic that it didn’t dampen anything.

Not long after CHIC’s set, the day started to become slightly cooler and the crowd got to the busiest it had been all day. There was a hush that fell across Hyde Park as the stage went dark and out of that darkness came the roar of “WILD BOYS! WILD BOYS!” Duran Duran took to the stage in an energetic burst, sounding as tight as they did 40 years ago whilst a crowd that grew up with them revelled in every single moment of it. The combination of young and old voices as man and wife wrapped their arms around each other or mother and son sang in unison was a beautiful representation of the timelessness of Duran Duran’s hits and music’s ability to invoke connection more than any other art form.

Certain songs triggered bigger reactions than others as tunes such as INVISIBLE and ALL OF YOU from the bands newest album were used as toilet breaks more than anything else. On the other hand, the cheer that greeted tracks such as The Reflex, Ordinary World and Girls on Film brought about pure euphoria and singalongs so prominent that it was hard to not get swept up in the happiness of it all.

Even when playing classics the band made tweaks to their set or the order of tracks to keep things fresh and current. At the start the set was a throwback, made up of backdrops of fire, binary and bond; however, as things moved along Duran Duran draped a Ukrainian flag across the stage during ordinary world and then somehow managed to fit a Calvin Harris remix of Girls On Film into the set by playing Acceptable in the 80’s halfway through.

The crowd that night, as has been the case at all the BST events this summer, were excellent. Though the atmosphere might have been lacking at times, generally speaking there was no animosity and everyone was simply spending the day with people they love being close to and having a good time. Every set from Charlotte, to WarmDuscher, CHIC to Duran Duran was met with the positivity of people basking in the sun and enjoying the good times.

Duran Duran were an excellent way to bring this array of festivals to an end, topping off sets from the likes of Adele, Pearl Jam, Elton John and Rolling Stones. Thanks to Hyde Park and roll on next year, and if anyone disagrees, well, they can fuck right off.