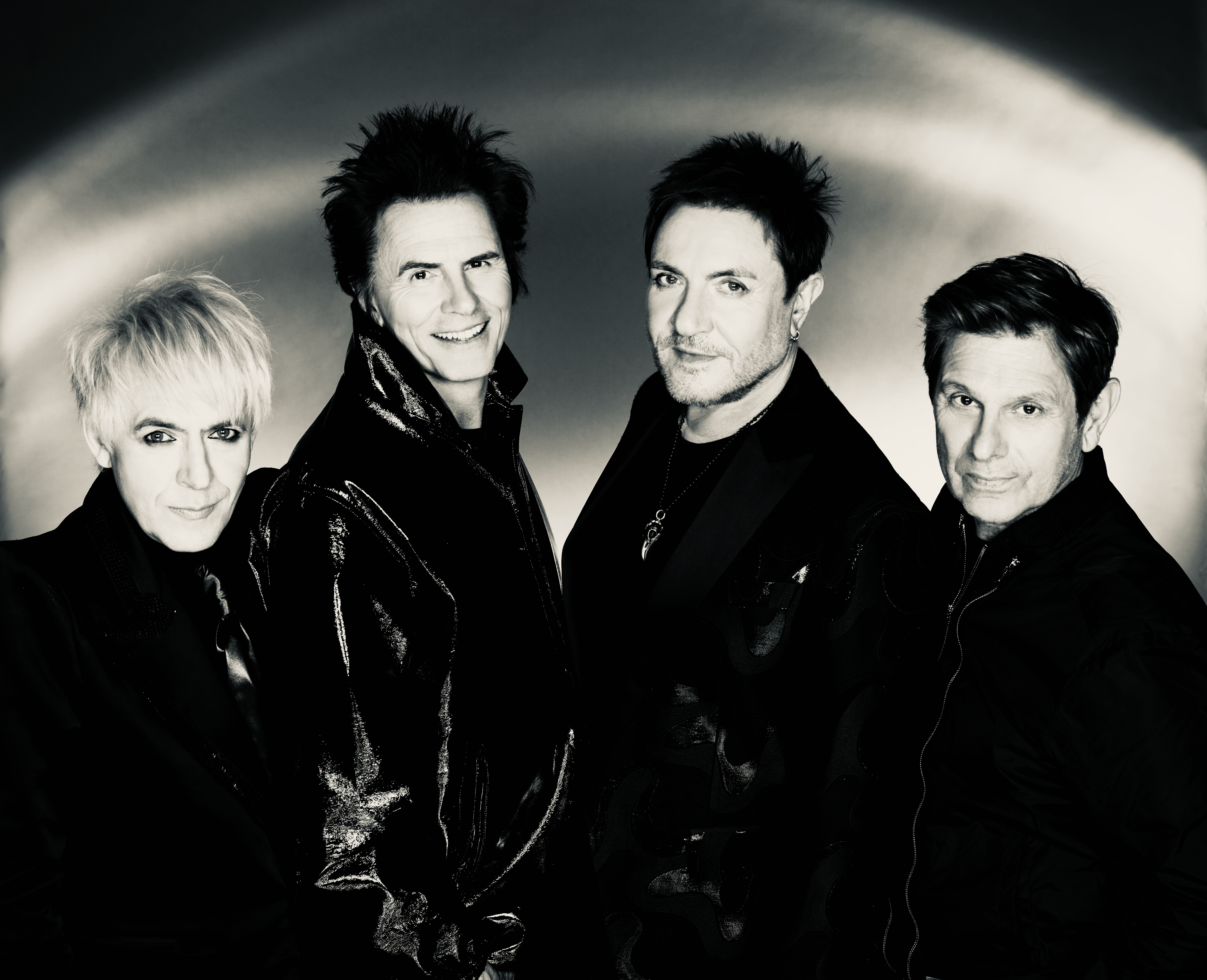 "Duran Duran have never gotten stuck in the past. Even after four decades, they’re still innovating, still experimenting, with their excellent new album FUTURE PAST.” -Rolling Stone

“The result is a slick, funky, splashy anniversary bash in which legends mingle with upstarts and the beats never run dry.”-Entertainment Weekly

Describing the song and focus track, vocalist Simon Le Bon said,“’LAUGHING BOY’ is about a moment of realizationwhen you face the truth that you’ve been squandering your precious time with someone who is not actually very good for your health and well-being.”

Enlisting the help of some of the most exciting names of the last 50 years, with ‘FUTURE PAST’ the internationally acclaimed, multi-platinum, award-winning pop legends have delivered another incredible genre-spanning piece of work that once again sets them apart from the pack. Working alongside DJ / producer Erol Alkan and pioneering Italian composer / producer Giorgio Moroder, who added his magic to create two instant future classics (‘BEAUTIFUL LIES,’ ‘TONIGHT UNITED’), as well as some of the most unexpected and inspiring names in pop –including Swedish hitmaker, Tove Lo on ‘GIVE IT ALL UP,’ ‘Queen of Drill’ Ivorian Doll on ‘HAMMERHEAD’ and Japan’s CHAI on ‘MORE JOY!’. In addition, Blur’s Graham Coxon co-wrote and lends his guitar to several tracks on the record and David Bowie’s former pianist Mike Garson adds an exquisite sonic layer to album closer ‘FALLING’. The record, which was recorded across studios in London and LA over lockdown, also features long-time collaborator Mark Ronson who co-wrote and played on ‘WING,’and was mixed by Mark ‘Spike’ Stent.

In other news, Duran Duran were announced as nominees to be inducted by the 2022 Rock & Roll Hall of Fame last week. This is the first time the British four-piece has been nominated, after 40 incredible years of dominating the charts, selling-out arenas and gracing the covers of magazines all over the world. It’s been a long-time coming. Speaking on the news, front-man Simon Le Bon said: "Just to make it onto the nominations list is an honor that I never expected to experience...But for sure, this distinction is due in large part to the fact that we have an army of fans around the world who have unwaveringly supported us for the past four decades.We are extremely grateful to all of you for making this happen.” John Taylor also shared,"What a surprise and an honor! To be nominated by such a highly esteemed organization is truly special in this, our fortieth, year. For decades now Duran Duran have been inspired by the incredible support of our beautiful and diverse fanbase around the world. To be considered by the Hall of Famers is truly next level. Let’shope we make the cut!”Roger Taylor revealed, "The feeling was pure gratitude when I heard this morning that we are nominees for induction into the Rock & Roll Hall of Fame. A big thank you to not only the Rock Hall for making us part of the ballot, but also to all our fans who have made so much noise over the years. The 12-year-old drummer in me just screamed very, very loudly!"

Now,through April 29, fans can vote every day at vote.rockhall.com, or at the museum in Cleveland. The top five artists, as selected by the public, will comprise a “fans’ ballot” that will be tallied along with the other ballots to select the 2022 Inductees. Inductees will be announced in May 2022. The Rock & Roll Hall of Fame 2022 Induction Ceremony will take place this fall. The date, venue, and on-sale information will be announced later. Nominee ballots are sent to an international voting body of more than 1,000 artists, historians, and members of the music industry. Factors such as an artist’s musical influence on other artists, length and depth of career and the body of work, innovation, and superiority in style and technique are taken into consideration.

Duran Duran will start their European tour on April 29ththrough mid-July, and will be announcing additionaldates very soon. Go to https://duranduran.comfor more details and regular updates.

LISTEN TO THE ALBUM ‘FUTURE PAST’ (DELUXE) HERE

WATCH THE VIDEO FOR ‘ANNIVERSARY’ HERE

WATCH THE VIDEO FOR “INVISIBLE” HERE