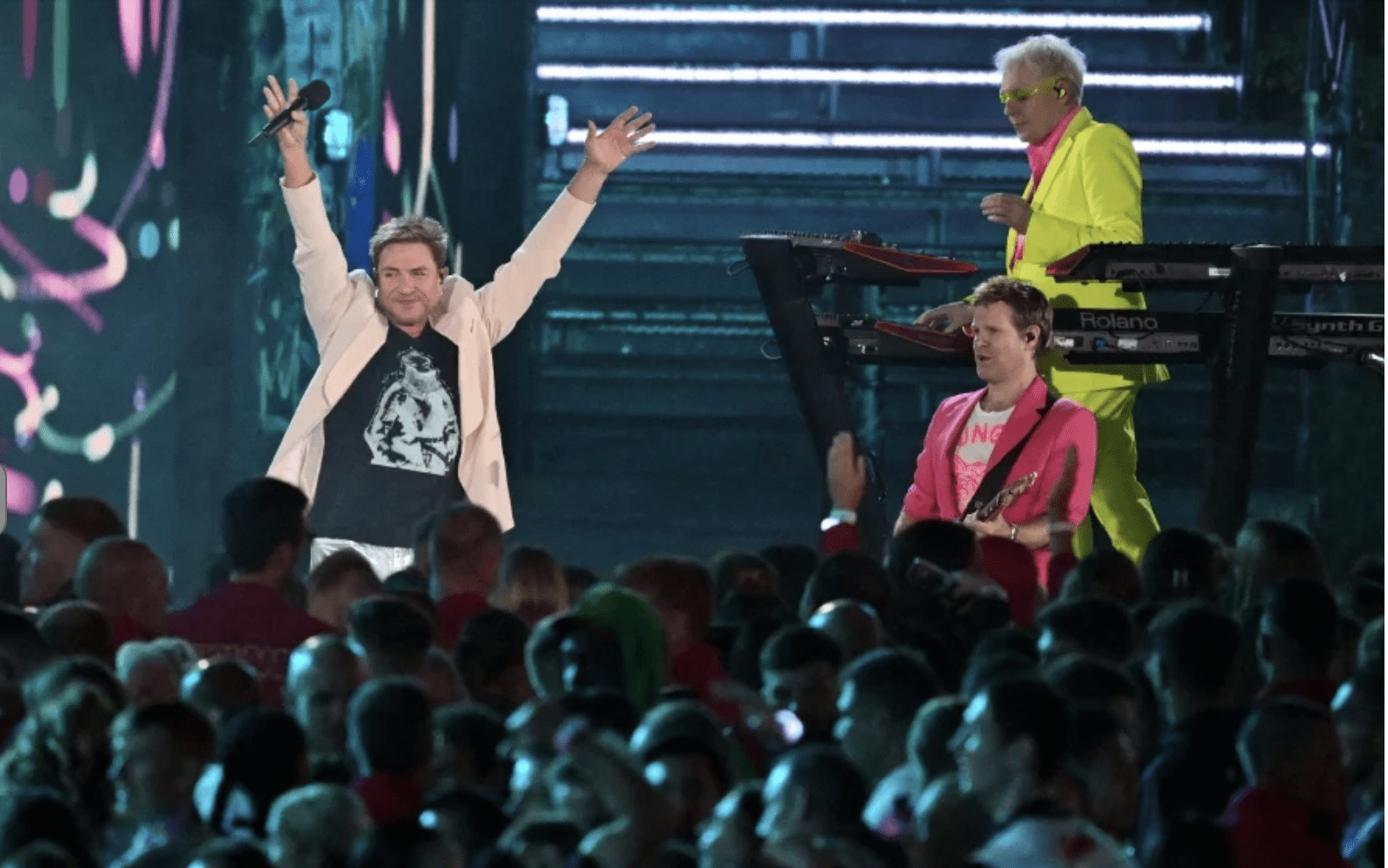 If medals were handed out during the 2022 Commonwealth Games opening ceremony, Duran Duran would’ve been atop the podium with an epic, quick-hit of three classics and one new number.

The incoming Rock Hall inductees had headline honors at the curtain-raiser concert July 28 in Birmingham, the city where John Taylor, Nick Rhodes, Roger Taylor, Simon LeBon and Andy Taylor (no longer with the band) formed more than 40 years ago.

A big finale requires a big score, and the hometown heroes delivered the goods with “Save a Prayer;” “Planet Earth;” “Tonight United,” from their most recent album Future Past; and “Ordinary World.”

Erol Alkan, producer of Future Past, Duran Duran’s 15th and most recent studio album, gave the lads a shoutout on social media, writing “Nailed it.”

The past year has been a resurgent one for Duran Duran. In that time, Future Past opened at No. 3 on the Official U.K. Albums Chart, and the band performed for Queen Elizabeth II’s Platinum Party at the Palace, a warm-up to their headline show at Hyde Park, which was attended by some 70,000 fans.

On Nov. 5, the Brits will take their place in the Rock and Roll Hall of Fame during the induction ceremony at Los Angeles’ Microsoft Theater.

Watch a snippet of the performance at Birmingham’s Alexander Stadium.