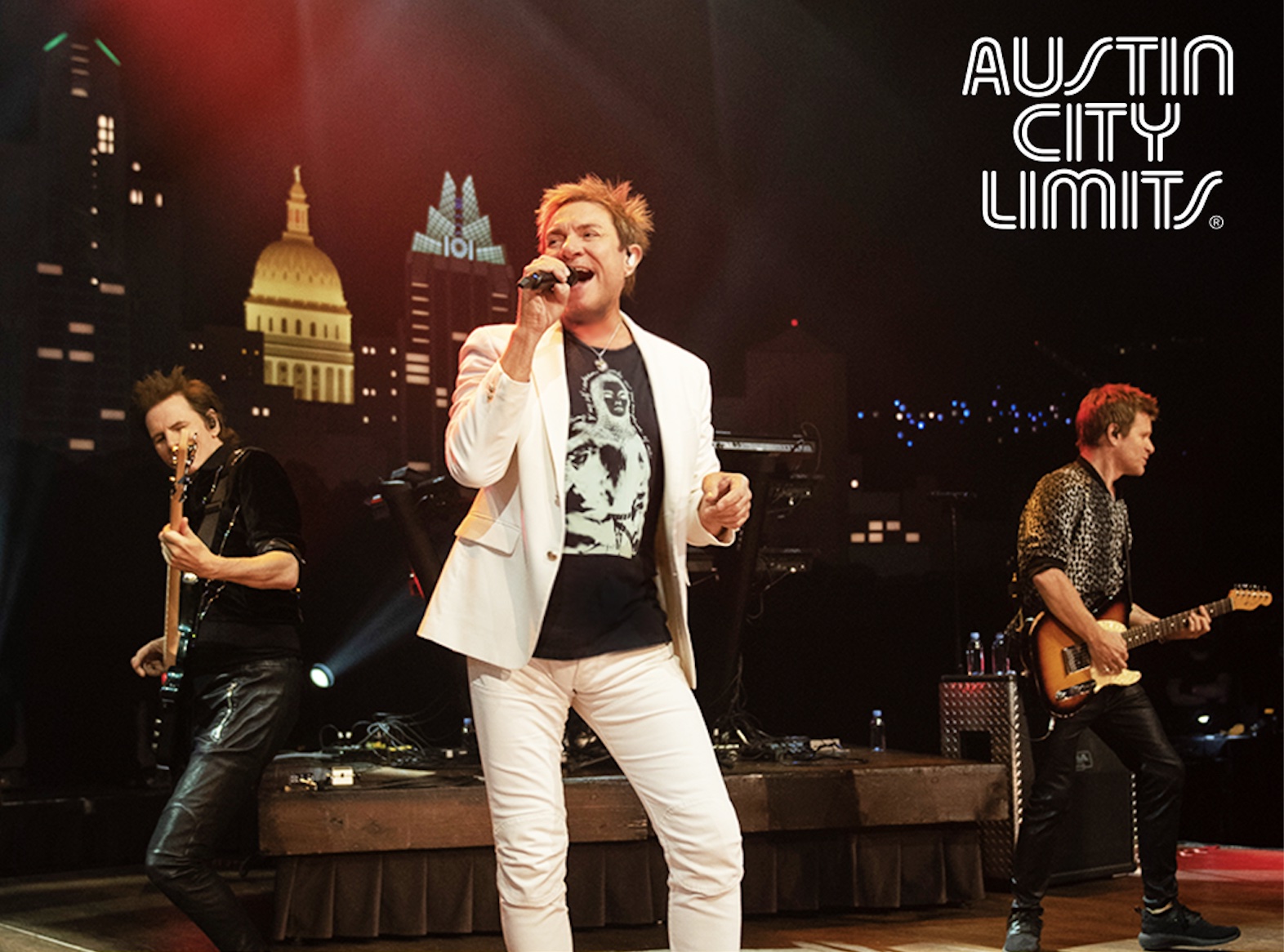 Austin, TX—January 20, 2022—Austin City Limits (ACL) Season 47 rocks on with an epic hit-filled hour starring the great Duran Duran in their first-ever appearance on the ACL stage. One of the most acclaimed and exciting live acts of all time, the music superstars deliver a thrilling, ten-song hit parade in a brand new installment premiering January 22 at 9pm ET/8pm CT. Check local PBS listings for times. The episode will be available to music fans everywhere, streaming online the next day beginning January 23 @10am ET at pbs.org/austincitylimits. Despite the challenges facing live music during the past year, ACL is proud to deliver a full season of performances for viewers, all recorded at ACL’s studio home in Austin, Texas in 2021, in front of limited live audiences. The Peabody Award-winning program continues its extraordinary run as the longest-running music television show in history, providing viewers a front-row seat to the best in live performance for a remarkable 47 years. ACL airs weekly on PBS stations nationwide (check local listings) and full episodes are made available to stream online at pbs.org/austincitylimits following the initial broadcast. The show's official hashtag is #acltv.

Influential British music icons Duran Duran light up the ACL stage as they kick off this entertaining hour with a new song: “INVISIBLE,” a synth-funk gem that fits right into the band’s canon, and the lead track from their 15th studio album and first record in six years, FUTURE PAST. Legendary frontman Simon Le Bon and longtime bandmates, keyboardist Nick Rhodes, bassist John Taylor and drummer Roger Taylor, showcase their undeniable chemistry in a career-spanning performance featuring fan-favorites including “Hungry Like the Wolf,” “A View To A Kill,” “Planet Earth” and “Girls on Film.”

Hailing from Birmingham, England, Duran Duran first arrived on the UK scene with their critically acclaimed 1981 self-titled debut. Four decades on, these musical pioneers perform their latest single “ANNIVERSARY,” a pop banger that doubles as a nod to an incredible forty years of making music together. A set highlight is the 1993 smash “Ordinary World,” given new resonance in our current reality, which Le Bon dedicates to everyone who has been struggling to get back to ordinary life over the course of the pandemic. The band caps the swagger-fueled set with an anthem for the ages, “Save A Prayer,” from their 1982 landmark Rio, as the standing ovation crowd raises their cell phones in an appreciative sea of lights, with Le Bon letting the fans sing the chorus for a memorable close.

Duran Duran setlist:
INVISIBLE
A View To A Kill
ANNIVERSARY
Ordinary World
TONIGHT UNITED
(Reach Up For The) Sunrise
Planet Earth
Hungry Like the Wolf
Girls on Film / Acceptable in the 80’s
Save A Prayer

Tune-in, log on, and let ACL be a trusted sidekick for entertainment during these challenging days. Viewers can visit acltv.com for news regarding live streams, future tapings and episode schedules or by following ACL on Facebook, Twitter, IG and TikTok. Fans can also browse the ACL YouTube channel for exclusive songs, behind-the-scenes videos and full-length artist interviews.

Previous Article
Duran Duran Debut On Austin City Limits
Next Article
In Conversation: Duran Duran’s Nick Rhodes and Wendy Bevan Celebrate the Stars with “Astronomia”
News
Back to all news