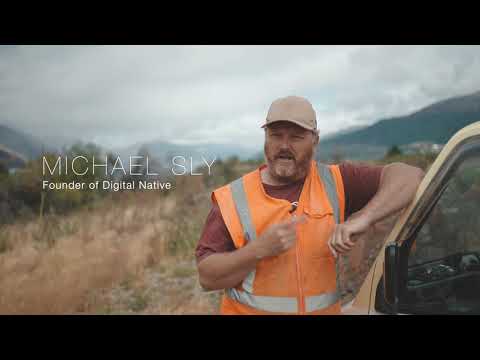 Living Trees Traceable on the Blockchain

In yet another world-first, legendary British rock band, Duran Duran, has this week announced a unique project that will connect NFTs to newly-planted, native trees in New Zealand as part of an initiative to start new micro forests around the world. Duran Duran will kick-off this ambitious initiative by gifting the digital owners of the existing “INVISIBLE” NFT collection, which was released last year in support of the band’s 15th studio album: FUTURE PAST. Each of the 100 people who purchased one of the “INVISIBLE” NFTs will receive a brand-new eco-friendly NFT featuring a themed artwork designed by Huxley, the AI artist with whom the band collaborated on their “INVISIBLE” music video and NFT artworks. Along with the NFT, a living tree will be planted in Jardine Park, Queenstown, New Zealand, in the person’s name. Each new tree will be traceable on the blockchain via the corresponding NFT. Planting will take place over the next few days.

These NFTs will be the first in a new, ongoing conservation collection called Digital Native. Each Digital Native NFT represents a living tree, and is fully tradable. The partners in this project (Duran Duran, Huxley and Cube) are donating 100% of their proceeds from secondary sales towards building more micro forests in perpetuity; and for those NFT owners who elect to give 50% or more of their sales revenue to the cause, they will be given a special ‘key’ to the forest that will unlock future benefits, including new NFTs.

Duran Duran co-founder and keyboardist, Nick Rhodes, said “Much like nature, technology finds a pathway to evolve and when innovative new ideas can be utilised to help our planet in positive ways, we should seize those opportunities. Connecting physical trees to the blockchain is a brand new way to create awareness through art and at the same time involve local communities to plant more trees, to benefit the environment. We are thrilled to be continuing our relationship with the AI, Huxley, in this endeavour and our hope is that many others will follow to continue the process of planting trees. We look forward to seeing where this collaboration will lead us in the future.”

Micro forest
The inaugural Duran Duran/Digital Native “micro forest” in New Zealand is comprised of tree species native to the region that are being provided by Jean Malpas Community Nursery and planted by local school children.

Micro forests are small, densely planted areas containing many species of native plants that are being cultivated around the world to improve biodiversity and fight the climate crisis. They grow quickly (10 times faster) and become 30 times denser and 100 times more biodiverse than those planted by conventional methods. This means they absorb 30 times more carbon than lawn and can thrive in an area as small as a tennis court. The methodology was pioneered by the late Japanese master botanist Dr. Akira Miyawaki and has proven successful in climates around the world.

Digital Native NFTs
Digital Native’s mission is to re-wild the world with native trees, each traceable by a corresponding NFT. Using the transparency of blockchain technology, Digital Native hopes to fight the corruption of carbon credit accounting, where projects are often counted more than once.

Each tree’s provenance will be stored on the blockchain, with a photograph, time-stamped and traceable by GPS. Each tree in this first micro forest will be given a unique name provided by the AI artist Huxley.

This particular micro forest, which is being named the FUTURE PAST forest, is just the beginning. Digital Native plans to plant many more trees, with the initial goal of 1000 micro forests, each helping combat the effects of climate change and biodiversity loss.