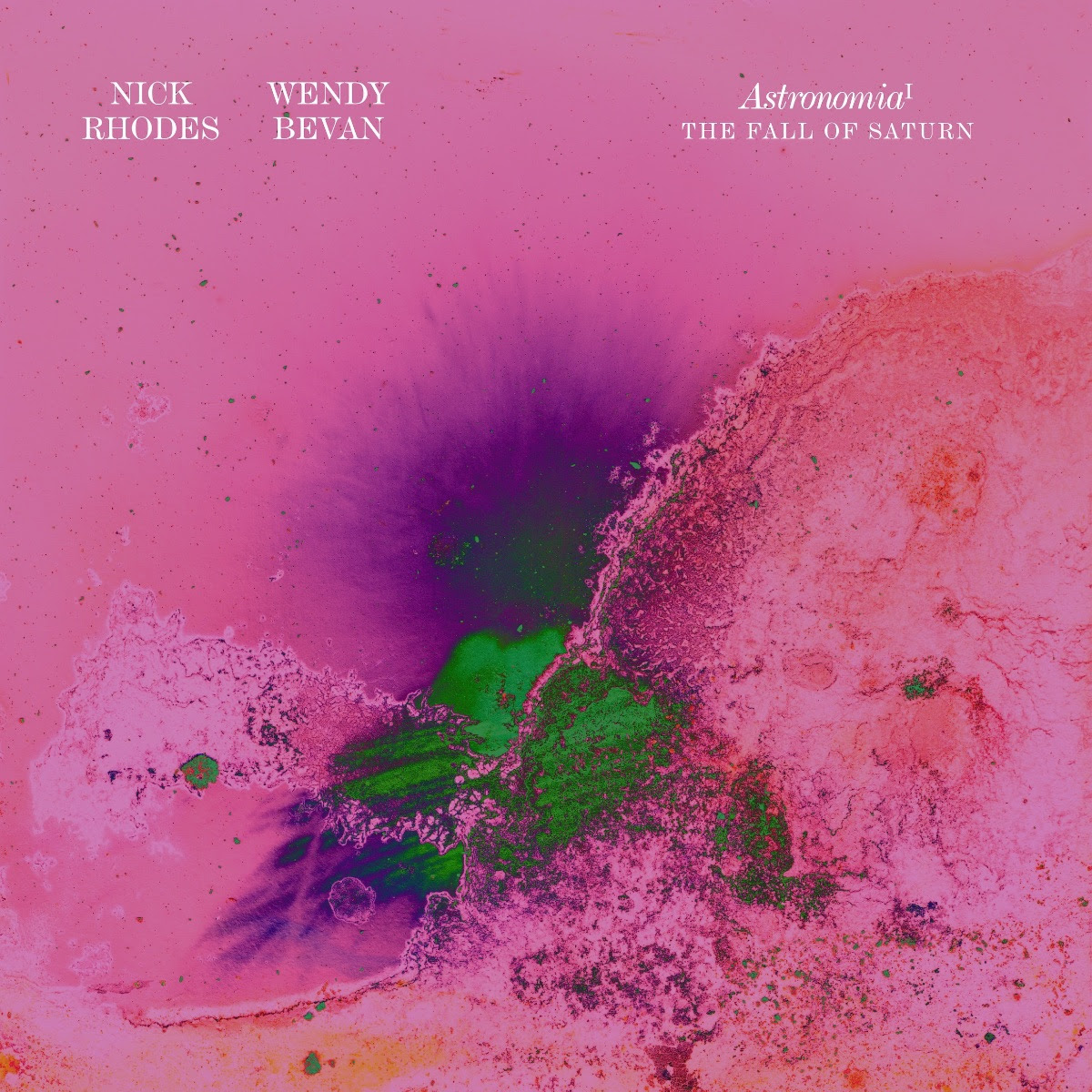 Following a year of collaborating on 52 cinematic pieces, Duran Duran’s Nick Rhodes and singer-songwriter, violinist, and photographer Wendy Bevan have released the first collection of their musical union on Astronomia I: The Fall of Saturn (Tape Modern).

Inspired by the universe, and presented across four individual, 13-track albums under the moniker the Astronomia project, the first “part,” The Fall of Saturn, was released in tandem with the 2021 spring equinox. Collectively, Astronomia is comprised of three additional albums, all scheduled for release on equinoxes and solstices throughout 2021.

Working across the world from one another, with Brevan based in Los Angeles and Rhodes in London, the duo started piecing together Astronomia in 2018 and continued to craft each track in response to the turmoil throughout the past year.

“As we have all been living somewhat blinkered lives over the past year, Wendy and I found ourselves searching for a way forward, and were magnetically drawn towards the idea of creating something widescreen, to broaden our perspective in that moment,” says Rhodes. “The universe became an infinite source of inspiration, taking us on a journey through this sadness to a future filled with awe and hope, exploring the endless beauty of the unknown.”

Rhodes describes the collective Astronomia sound as a merging of the “drama and moods of classical music with the textures and atmospheres of analogue synthesizers.”

“Each track is like a sonic painting, where different styles, colors and composition form singular pieces that belong in the same exhibition,” says Rhodes. “The Fall of Saturn is a musical allegory for these times, a moment to reflect upon our fragility, the way we treat each other and our planet, a symphony of hope and dreams for our future.”

To accompany each track, the duo will release a visually curated film melding their individual, art-driven aesthetics, commencing with the first single “The Great Attractor” and a new clip released every week throughout the year.

“Inspired by the lustre of stars, we had the perfect setting to create a musical language,” says Bevan of Astronomia. “All 52 pieces we wrote for the Astronomia project have become a memoir locked into a time capsule—musical notation to be released into the mysterious abyss.”

Astronomia taps into a shared cinematic vision through textured arrangements. “Nick and I were on a quest to pursue the ineffable, and Astronomia became a landscape for the cinematic vision we share,” says Bevan. “We found ourselves making an ethereal soundtrack to accompany the process of change we were all experiencing on a global level during that time.”

Bevan adds, “Created by layering violins, synths, vocals and orchestral arrangements, each track unlocks another door in the world of Astronomia, instantly transporting you to another dimension.”