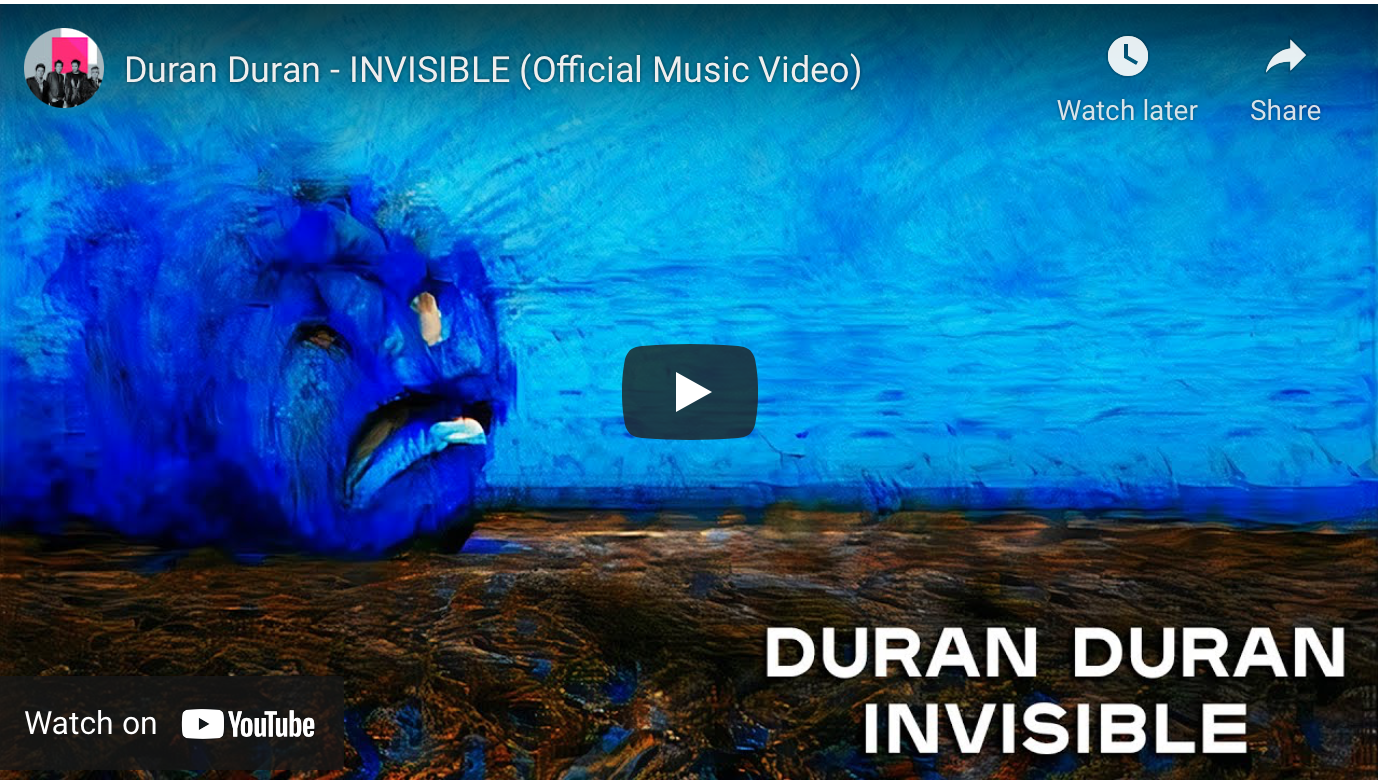 1980s MTV and top-40 mainstay Duran Duran is returning with their 15th studio album Future Past, having just released its lead-in single “Invisible”; the whole LP will be out October 22. The last time we heard from the group was 2015’s Paper Gods, which quickly jumped to #5 on the UK album charts. That makes them one of the few musicians who’ve achieved a top 10 album in every decade since their debut (also, James Taylor, Bob Dylan, The Rolling Stones, and Barbra Streisand).

What’s the group been doing since 2015? In early 2021, they released a well-received cover/video of David Bowie’s “Five Years” on what would have been Bowie’s 74th birthday.

The group is also preparing a 40th-year anthology LP to be delivered soon and includes previously unreleased material. This past year, lead singer Simon Le Bon debuted his podcast Whooosh! with long-time Duran Duran collaborator Katy Krassner. He shares some of his favorite music and provides insider stories about genres such as Punk and New Wave.

Keyboardist Nick Rhodes leads a quiet life in London, periodically showcasing his photography. Bassist John Taylor has released several solo albums and gained dual citizenship (US and UK). Drummer Roger Taylor (no relation to John) has been working with Peace Tracks, a charity that attempts to connect cultures and countries through music. And original (and former) guitarist Andy Taylor (again, no relation to the other Taylors) left the band for good in 2006.

Future Past was set to be released earlier but the pandemic hindered the collaboration required for some final edits. Mark Ronson, who previously worked on Duran Duran’s 2010 album All You Need is Now, has been brought in again. Ronson was responsible for bringing back the Duran Duran synth-plus-pop-plus-guitar sound unique to the group. Before this new one, their last album, All You Need is Now, made it to #11 in the UK. If the first single, “Invisible,” is any indication, we’re harkening back to classic Duran Duran style.

Accompanying the first release is an interesting video created by an AI system called “Huxley.” According to its website, the platform has been “modeled after the cognitive and emotional processes of humans.” The software has been designed to mirror the structures of the human brain, and model human intelligence/emotions to create art. Duran Duran has never shied from using technology both in their music and stage shows.

The full Future Past album drops in late October. Given the interesting preview single, it sure sounds like a great sequel to classic Duran Duran albums like Rio, Notorious, and All You Need is Now.

Previous Article
What Makes Duran Duran So Durable?
Next Article
2021 Birthday Message from John!
News
Back to all news