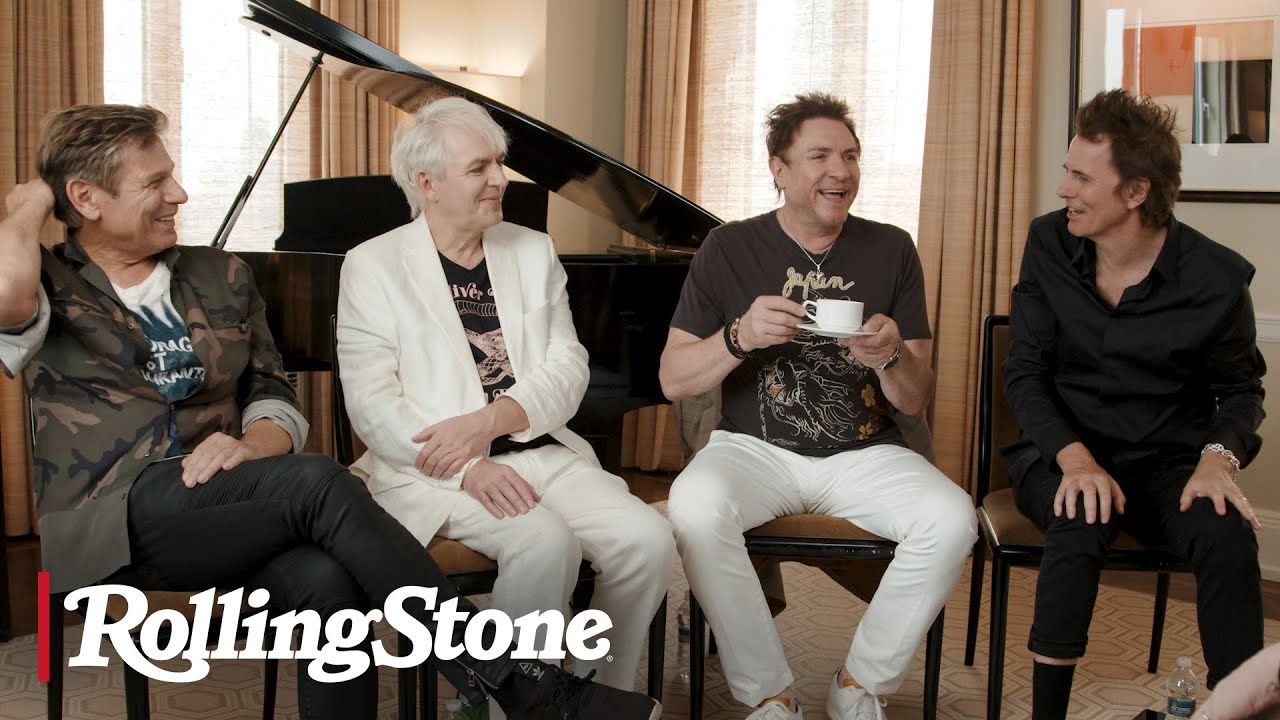 The original New Romantics go deep with Rolling Stone’s Rob Sheffield in this extended video interview on the heels of their new album, ‘Future Past’

Are Duran Duran ready to take on the music world? Is a wolf hungry? It’s been 40 years since these dapper British gentlemen dropped their classic 1981 debut, with hits like “Girls on Film” and “Planet Earth,” introducing a radical new style of art-glam punk-disco swagger. They were the wild boys in lipstick and eyeliner, and they did the impossible: They seduced America. As singer Simon Le Bon tells Rolling Stone, “It didn’t matter to us if it was 80 per cent female, 90 percent female, 99 per cent female. It was just American people, waving their arms around and dancing and screaming.”

But Duran Duran have never gotten stuck in the past. Even after four decades, they’re still innovating, still experimenting, with their excellent new album Future Past. The four key members—Le Bon, synth wizard Nick Rhodes, bass rogue John Taylor, drum master Roger Taylor—explore a host of dance-pop grooves like “Anniversary.” If you heard Future Past in a blindfold test, you might guess it was some hot young hipster band out to conquer the planet. But it’s Duran Duran, who conquered it four decades years ago.

These days, they take inspiration from a new generation of fans. As John Taylor says, “Younger listeners approach music of all genres and all ages in a more democratic way. They’re more open and more receptive to music. They have less of those barriers: ‘Oh, that’s music from that era.’”

Duran Duran talk the way they play music together—constantly interrupting each other with ideas, questions, jokes, arguments. Lebon says, “You can tell from this, the way we talk, everybody’s got something to say!” When Rhodes calls the Rio album cover “the Mona Lisa of the Eighties,” the way the others laugh at him is music to any fan’s ear.

For the latest edition of The Rolling Stone Interview: Special Edition, Duran Duran met up with Rolling Stone’s Rob Sheffield, a fan ever since the early days, as he chronicled in his best-selling book Talking to Girls About Duran Duran. It’s a wide-ranging talk about their shared history, how they keep their music fresh, their hedonistic Eighties days, cracking MTV, and the burning question of whether they were as hot as Journey.