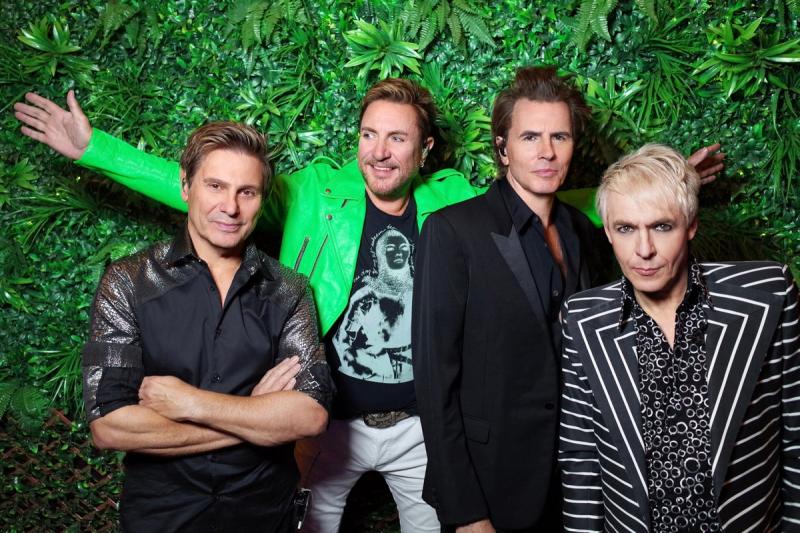 Incredibly it’s now 40 years since the release of Duran Duran’s debut album. To mark this event, the remaining members of the band’s classic line-up decided to return to Birmingham. Not to the NIA or any similar-sized venue, but for a couple of intimate gigs at the city’s O2 Institute.

Fortunately, “intimate” didn’t mean getting out the acoustic guitars for rounds of their greatest hits but it was nevertheless quite a shock to see these megastars playing a room that holds 1,500 on a good day and must be little more than 30 metres from the stage to the back wall.

In keeping with the premise of this homecoming performance, there was no support band and certainly no stadium-sized backdrops or screens, just a relatively small stage with the band’s instruments waiting for them, a sheen of blue lights and buckets of dry ice. In fact, their set up looked more likely to be one to welcome those other 80s cultural icons, the Sisters of Mercy than the veteran New Romantics.

With no support band, the audience of 40- and 50-somethings were left hopping from one foot to another in anticipation as the time approached for Simon Le Bon, John Taylor, Nick Rhodes, Roger Taylor and a small supporting cast to hit the stage. All in good time though, they bounded on looking like a well-dressed gang of Dorian Grays compared to those who had come to watch, with Nick Rhodes looking particularly arch all in black with some serious shoulder pads, while still sporting his Warhol-like hairstyle. Maybe they hadn’t been cryogenically frozen in the 80s, but they looked spectacularly good for a group of blokes in their early 60s.

Kicking off with “Invisible” from their forthcoming album, Future Past, Duran Duran built up a slow funk before launching into more well-known territory like “The Reflex”. Almost at once, Simon Le Bon’s vocals were drowned out by the Brummie crowd but that didn’t stop his dad-dancing, nor John Taylor’s ear-to-ear smile.

Anyone expecting a run through Duran Duran’s debut album or a crowd-friendly golden years’ set were going to be surprised as the band played tunes from throughout their career, as well as a few numbers from their soon-to-be-released new disc. However, it was inevitably old chestnuts like “Save a Prayer”, “Hungry Like the Wolf” and “Girls on Film” that got the most reaction from the audience. This being Birmingham, that didn’t mean that there were a whole lot of people getting down and actually dancing though.

When the band returned to the stage after their main set, they started their encore with a few bars of Lou Reed’s “Perfect Day” before going helter skelter into “Wild Boys”, which saw both Le Bon and John Taylor pulling rockstar poses and sharing a microphone. This was followed by the comparatively mellow “Ordinary World”. However, it was set-closer, “Rio” that inevitably set things on fire and finally sent the lucky few who were present off into the Birmingham night as the house lights came up.