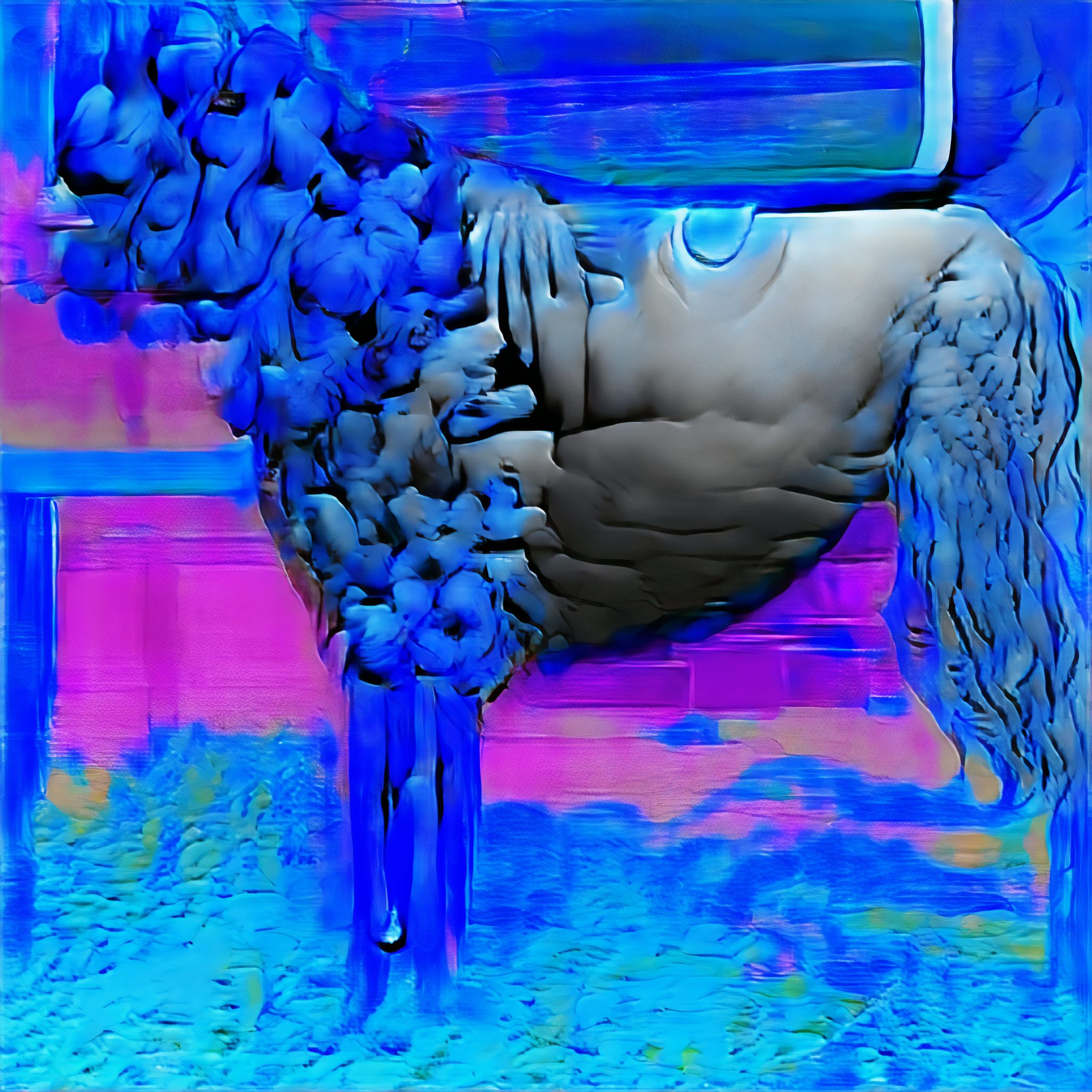 Today, multi-platinum, award-winning British music icons, Duran Duran, announced the launch of their latest endeavor: 100 unique NFTs, created by an Artificial Intelligence (A.I.) named Huxley, with whom the band collaborated on the music video for their debut single, INVISIBLE, from their recently released studio album, FUTURE PAST.

The exclusive INVISIBLE Collection will become available on Thursday, December 16th at 1 pm EST / 6 pm GMT on the OpenSea platform. The 100 (1 of 1) stunning NFTs will be released by CUB3 in conjunction with LA based Gabba Gallery, priced at .2 Ethereum.

The official film for Duran Duran’s ‘INVISIBLE’, which made headlines around the world, was the first collaboration of its kind, between artists in different planes of existence. In a ground-breaking, world first, Huxley – a unique dreamer with its own A.I brain - took the concepts that are rooted in human language and iconic symbolism and translated them into provocative and daring imagery, creating a new form of visual discourse that is quite remarkable. The result was a haunting and memorable music video, from which the NFT collection has been curated. Watch the original music video HERE.

Huxley’s A.I. ‘mind’ was developed by Nested Minds Networks, based on what we know about how the cognitive and emotional processes of human beings work. Huxley creates and dreams much as a person does, and using an established technique called ‘active inference,’ which was originally created by Karl Friston (one of the most influential neuroscientists in history), the members of Duran Duran were able to explore the complex dreamscapes that Huxley imagined from the lyrics and emotional tone of the song.

Los Angeles based Gabba Gallery, in conjunction with CUB3, will launch the unique collaboration on OpenSea. Gabba founder and curator Jason Ostro is an innovator in the NFT space, having produced many successful projects, including several photography collections.

On Wednesday 15 December, at 6 pm GMT, 1 pm EST, Duran Duran co-founder and keyboardist, Nick Rhodes, will take to Twitter Spaces to discuss the project for an hour.

Previous Article
Nick Rhodes & Wendy Bevan Release the Final Album in the ASTRONOMIA Series
Next Article
What you need to know about Duran Duran at: Jelling Musikfestival & In The Park
News
Back to all news