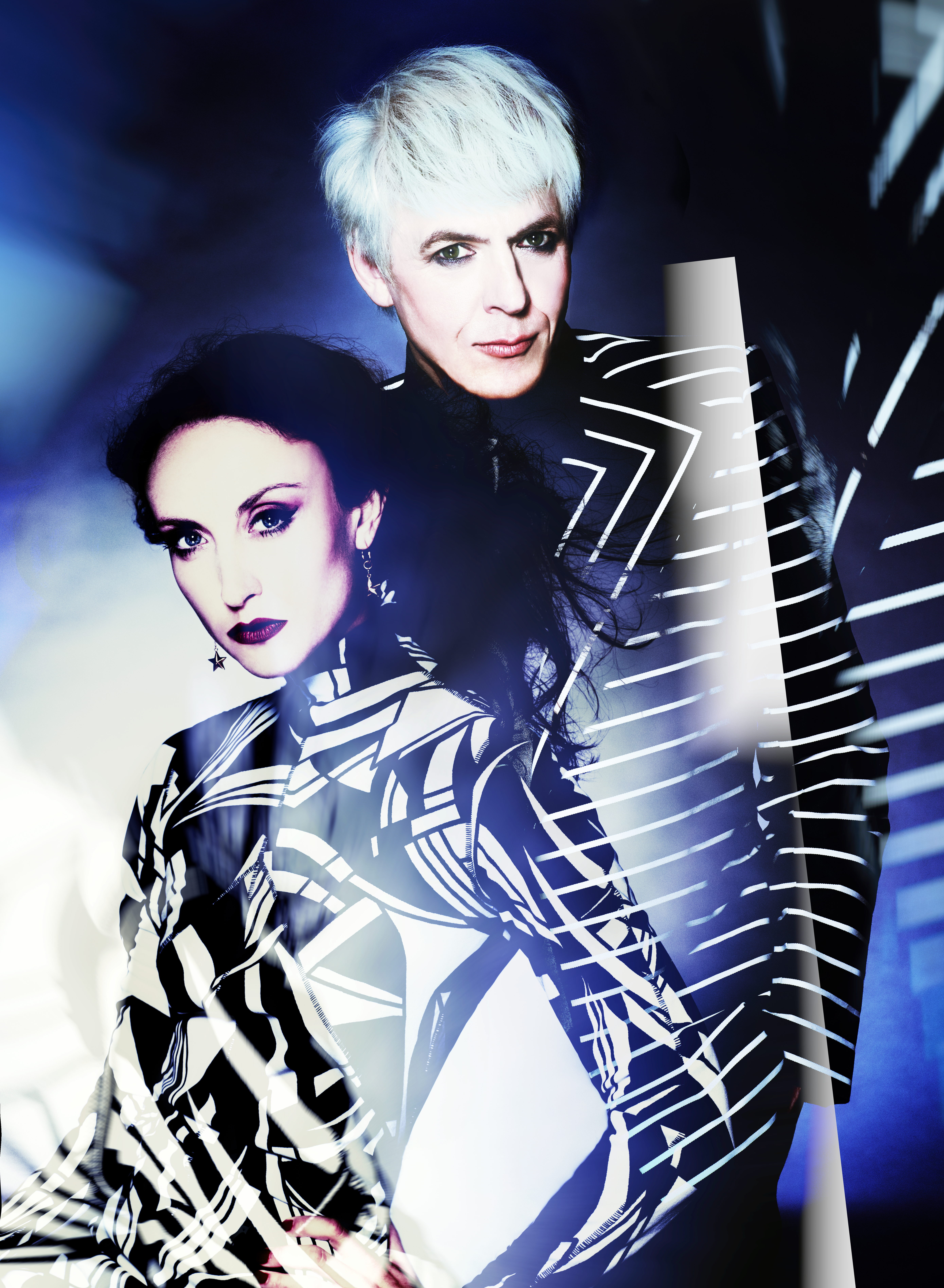 Ethereal, cinematic, unique and unexpected. Los Angeles and London based artist Wendy Bevan and Duran Duran’s Nick Rhodes are talking to Maria Abramenko about their sound project just before it’s next release, the fourth and final album, ASTRONOMIA IV – The Eclipses of Algol, out on the occasion of the Winter Solstice on 21st December 2021.

How and when did it all start? Where is the idea coming from?

Wendy Bevan: The Astronomia project started during the lockdown period of 2020. Nick and I had been working together in London throughout 2019 on my next solo album; which we completed just before the pandemic. Suddenly with the lockdown, we found ourselves geographically on the other side of the world still wishing to continue with our collaboration and started writing pieces of music we would send one another. Somehow we were on a quest to pursue the ineffable, and Astronomia slowly became a landscape for the cinematic vision we shared albeit across the oceans from one another at that time. We found ourselves making an ethereal soundtrack to accompany the process of change we were experiencing on a global level during that time. We wanted to establish an atmosphere, that allowed people to dream.

Nick Rhodes: Throughout 2019 Wendy and I had been working on her solo album, it was almost complete and we were hoping to launch in Spring 2020…then the world changed. We quickly realised that it would be impossible for Wendy to perform, make videos or promote her record properly, so we put it on ice and waited to see what unraveled. Wendy had returned to LA and I remained in London, after a few weeks we formulated an idea to continue working together, the concept was to create atmospheric, instrumental pieces as a prelude to Wendy’s forthcoming album. As we were working remotely, the process began with either one of us recording an initial track and then we sent them back and forth to each other to add parts and develop the pieces.

Please tell us about the creation Astronomia, described as music “inspired by the universe.”

NR: Once we had amassed several soundscapes, we began to understand what we were making and this is when we decided it sounded other worldly, hence we chose the universe as a broad theme for the future pieces.

WB: We suddenly found ourselves free of boundaries; the concept opened a portal between the reality we were facing in our everyday lives and something other-worldly that we couldn’t quantify, gazing into the endless possibilities of the future. Once we decided the universe was our subject matter, the sonic world we created became a space for dreams. All fifty two pieces of music we wrote for the Astronomia project have become a memoir locked into a time capsule; musical notation we have released into the mysterious abyss. Inspired by the lustre of stars, we had the perfect setting to create a musical language questioning the great unknown.

How would you describe the sound for those who still need to hear it?

WB: The sensuality of the synths and humanity of the violins create a unique combination, exploring tension in texture, tonality and timing through a sonic tapestry of limitless dimensions and transitions in the Universe; Astronomia is like something you have never heard or experienced before. It is truly it’s own creature, conjuring its own cinematic wall of sound that we encourage the listener to immerse themselves within. Each experimental track unlocks another door in the world of Astronomia, instantly transporting you through its lush and thematic visual narrative of soundscapes.

Have you gotten any particular inspirations while creating it?

NR: We chose the Universe as our main source of inspiration, knowing there is no greater subject matter. Somehow, given the experiences we were all going through, it seemed more profound than ever before in our lifetimes to gaze up at the stars in awe and consider the infinite possibilities of life outside of our planet. From this point we also explored ancient mythology for which we both shared a fascination – the themes and characters are deeply intwined in our culture even for those who do not realise it. Revisiting these extraordinary imaginative stories proved to be a great inspiration.

WB: While the Universe was our main inspiration, our joint interest in Astronomy & Ancient Mythology played a big part in conceiving this project. Each one of the Astronomia albums released this year has been released on the Solstices and Equinoxes and many of the tracks are inspired by ancient mythological characters and stories, while direct Astronomical references and discoveries are prevalent throughout the unfolding chapters of the Astronomia Volumes. For example, our fourth and final album entitled The Eclipses of Algol; is due to be released later this month on the Winter Solstice- 21st December 2021. Algol in Astronomy is also referred to as the Demon Star because it is thought to represent the head of Medusa. Nick and I love the theatricality of the character of Medusa and felt she needed representation in the Astronomia project.

Are you considering taking this project further and if so do you already have some ideas where?

NR: The Astronomia project was accidental and circumstantial, a humble parallel to the possible way the Universe itself was formed – we had no plan and no clue where our experiments would lead us but they did unfold and expand rapidly in ways we could never have predicted. Sometimes in life if you follow your instincts, they can lead you to special places you may have otherwise never discovered. This journey was entirely unexpected and ended up becoming thrilling for both Wendy and I. Our next plan is to finally complete and release Wendy’s solo album but who knows where we will go after that…

WB: In the near future, Nick and I would love to perform Astronomia live with an orchestra; so let’s say that’s one of the next dreams we would like to turn into a reality. Also, we plan to release the entire project on limited edition Vinyl. I’m sure 2022 will open up many unexpected opportunities for both of us, we have already been asked to contribute to some special projects and we are looking forward to releasing my solo album we worked on prior to the pandemic.