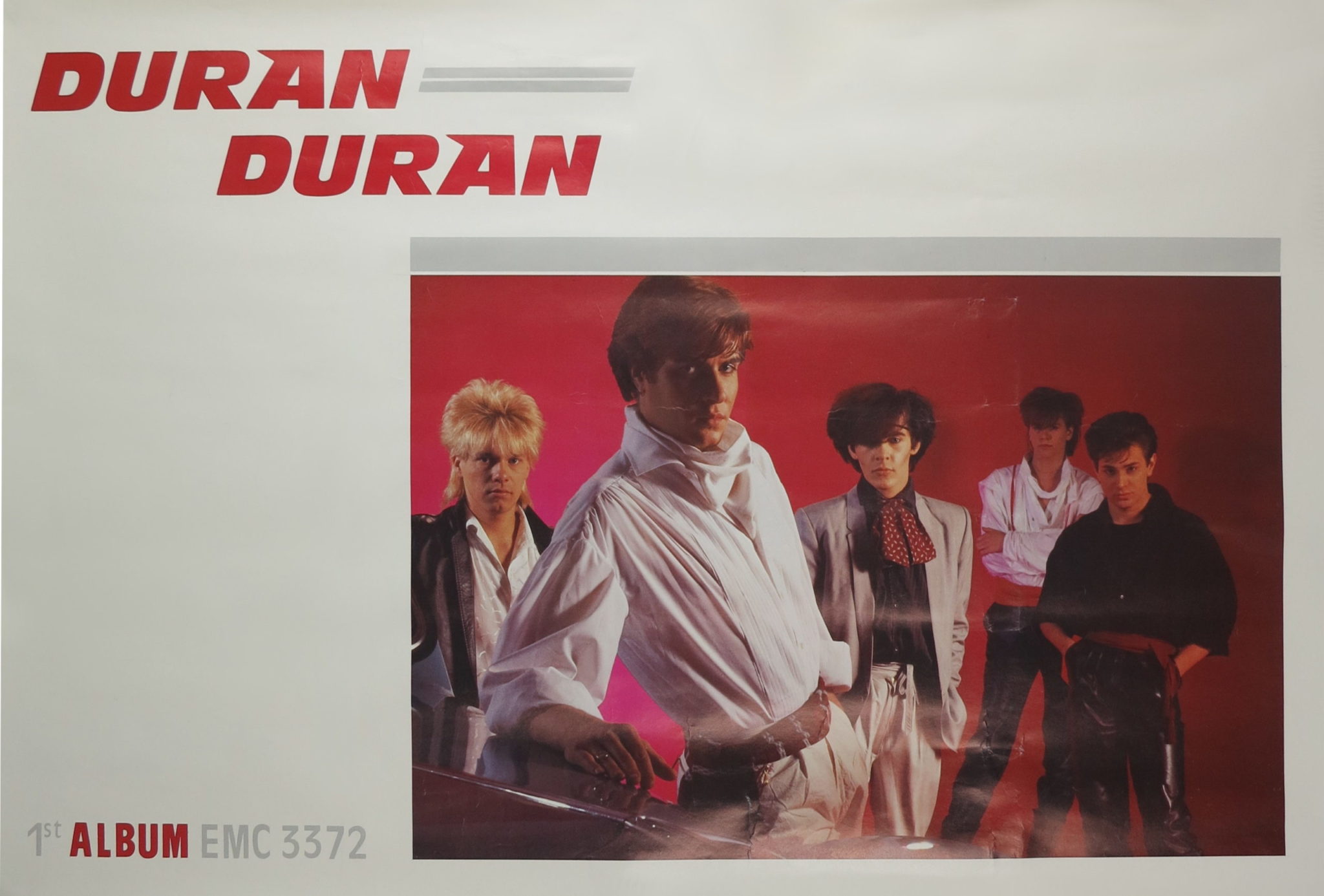 Less than a year later, on June 15, 1981, the quintet issued its self-titled debut album. Duran Duran featured the previously released singles "Planet Earth" and "Careless Memories," as well as the future hit "Girls on Film" and six other tracks.

In late 1980 and into early 1981, Duran Duran recorded the LP at the London studios Red Bus and Utopia, as well as at Chipping Norton in Oxfordshire. The band chose as producer Colin Thurston, who boasted an impressive resume: He had previously co-engineered David Bowie's "Heroes" and Iggy Pop's Lust for Life, and produced albums by post-punk band Magazine (Secondhand Daylight) and synth-pop innovators the Human League (Reproduction).

Rhodes was a fan of the latter LP, he told the Observer in 2017. "That one particularly was an inspiration because that came out before ours, and Colin produced that one," he said. "It was one of the reasons that we got Colin Thurston. He had been the engineer of those great albums that Iggy and Bowie made together, and he produced Human League. He knew exactly what we liked."

Not only was Thurston's background a good match for Duran Duran, but his experience also boosted the young band. Drawing on the rock and pop bands they grew up loving in the '70s, the musicians wrote an LP that alternates among expansive, atmospheric songs (the eerie "Night Boat," artsy "Tel Aviv") and upbeat pop gems: the acrobatic rhythmic twist "Friends of Mine," punk-channeling "Careless Memories" and post-disco jam "Planet Earth."

Le Bon's lyrics speak to a variety of topics: youthful angst and confusion, the hopes and dreams of the band and even some social commentary. "Girls on Film" scans as a critique of modeling culture, while "Friends of Mine" features the line "Georgie Davis is coming out," a reference to a notorious robber at the time.

"George Davis was controversially convicted in the '70s," Le Bon said in 2000. "After years of lobbying for his acquittal by the 'Free George Davis' campaign, he was released in the mid-'80s. Within a year, he was arrested and tried for armed robbery; his conviction was not contested and still stands."

In the U.K., where Duran Duran were surging thanks to the success "Planet Earth," the nine-track album debuted at No. 9 on the chart in June 1981 and would peak at No. 3 later in the year.

However, Duran Duran's track listing differed in other territories. For example, the initial 1981 U.S. version of the LP removed the moody, atmospheric "To the Store" and swapped in the extended, "Night Version" of "Planet Earth," which was more danceable and featured saxophone by Andy Hamilton.

The LP's American chart fortunes were also quite different. Duran Duran wouldn't crack the Top 10 in the States until 1983, when the success of Rio led to a reissue with a reshuffled track listing and new band photo on the cover.

Among other things, this new LP included "Girls on Film" moved up to the opening track, its position on the U.K. version; the non-extended version of "Planet Earth"; and a newly recorded single, "Is There Something I Should Know?," which topped the U.K. chart in 1983.