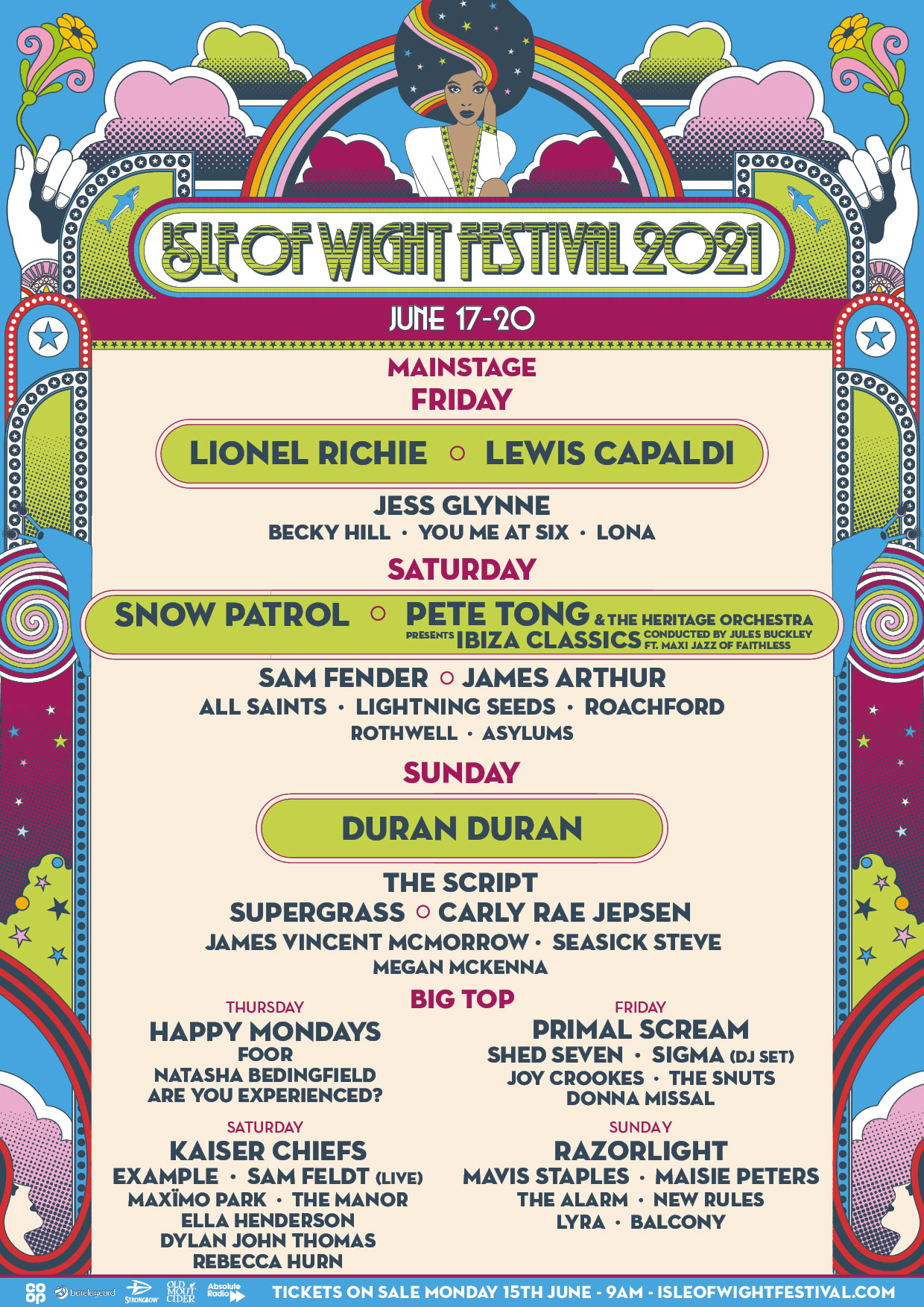 Lewis Capaldi, Lionel Richie and Duran Duran are among the headliners for the 2021 Isle Of Wight Festival.

All three acts had been set to perform at this year’s event, which would have taken place at Seaclose Park, Newport, this weekend had it not been cancelled due to the coronavirus pandemic.

The 2021 festival is scheduled for June 17-20. Scottish singer-songwriter Capaldi and soul superstar Richie will headline Friday while Saturday will be topped by Snow Patrol and DJ Pete Tong.

And 1980s new wave band Duran Duran are set to headline on the Sunday. Other acts originally scheduled to perform at this year’s cancelled festival to return next year include Happy Mondays, James Arthur, Primal Scream, Razorlight and Sam Fender.

New to the bill are The Script, Jess Glynne, Carly Rae Jepsen, Mavis Staples, The Snuts and The Alarm.

Richie said: “I was really excited to be playing at The Isle of Wight Festival this summer and like so many of us I was very sad that so many things have had to be delayed.

“Obviously everyone’s health and safety comes first. I’m now looking forward to it even more and know we’ll all have such an incredible night of partying together.

“It’s a festival steeped in music history – Jimi Hendrix, Bob Dylan, The Rolling Stones have all headlined and I’m honoured to be joining the esteemed list. See you all next year.”

Isle Of Wight joined other major live music events including Glastonbury and rock music festival Download in cancelling this year’s shows in response to coronavirus.

Coachella, which takes place in the California desert each year, was also scrapped and organisers set the dates for the 2021 festival on Thursday.

Tickets for The Isle of Wight Festival 2021 go on sale on Monday June 15 at 9am at www.isleofwightfestival.com/tickets