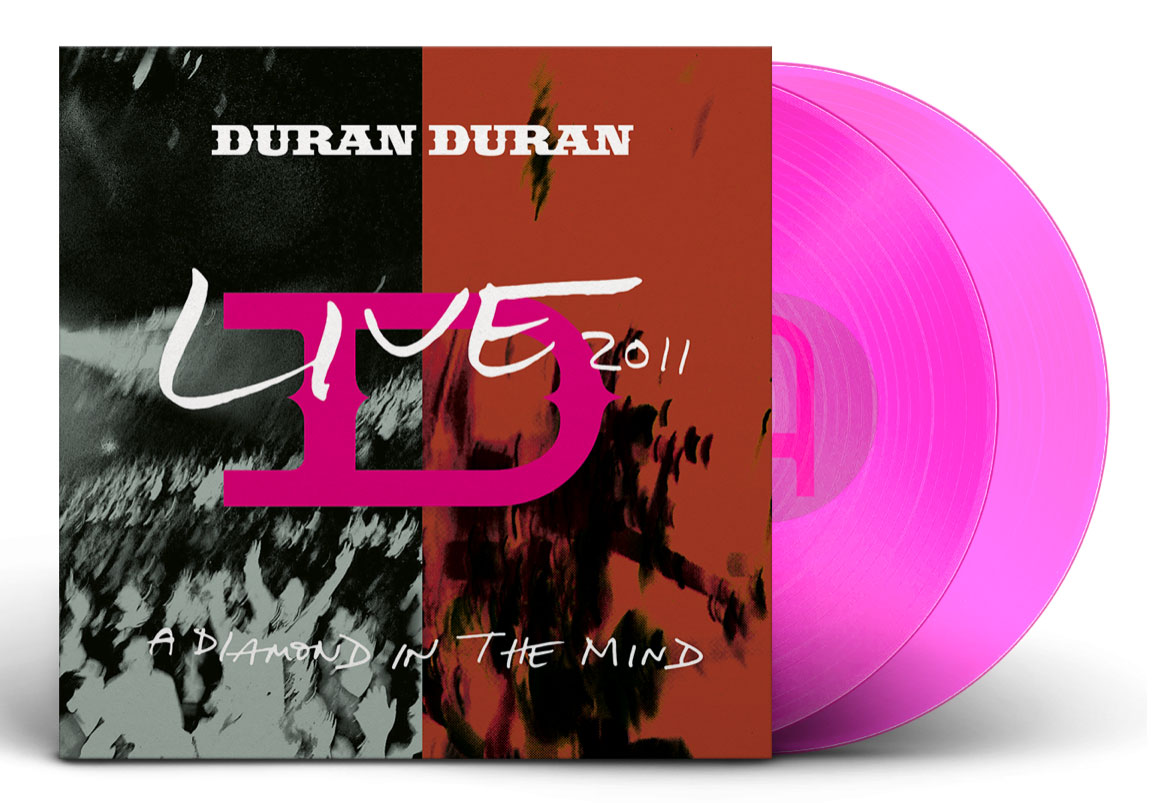 Duran Duran have announced the reissue of their live album A Diamond In The Mind on vinyl, coming this Friday 22 May. An exclusive edition on pink vinyl will land in August.

Recorded on Duran’s 2011 tour for their album All You Need Is Now at Manchester MEN Arena, the live set was originally released in 2012. The new 2LP vinyl edition adds a version of Duran’s 1983 classic Is There Something I Should Know? from the concert, previously only available as a bonus feature on the DVD/Blu-Ray package. The album is released in Europe on Friday on EarMUSIC, with the US release following on August 7.

A Diamond In The Mind was previously only released on vinyl in very limited quantities in 2012, in an edition so exclusive that it featured “diamond dust” embedded in Duran’s logo in the sleeve. As well as the standard black vinyl gatefold-sleeve edition on Friday, a pink vinyl version will be released for Record Store Day on August 29. It’s currently only being released for Germany’s RSD, though it’s hoped it will also become available in British stores participating in Record Store Day as well.

Meanwhile, Duran are finishing work on their brand-new studio album. As Simon Le Bon and Nick Rhodes revealed to Classic Pop last year, the follow-up to 2015’s Paper Gods features Blur’s Graham Coxon on guitar and a collaboration with Swedish singer Lykke Li. Erol Alkan – known for his work with The Killers and Ride – is producing the majority of the album, with Mark Ronson and Giorgio Moroder producing a handful of other songs for Duran’s 15th album.