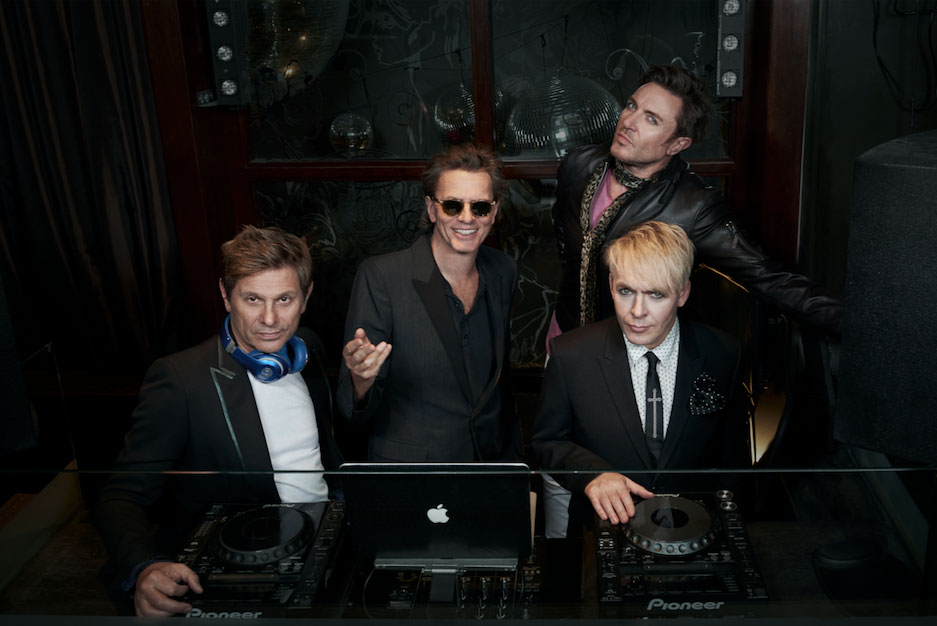 Since its quick climb to stardom in the early 1980s — accelerated by heavy rotation of its cinematic videos on MTV — Duran Duran has been accustomed to globetrotting. Lead singer Simon Le Bon even bought a yacht to sail in the Whitbread Round the World Race. For much of four decades the band has performed in arenas and headlined festivals around the globe.

But drummer Roger Taylor is looking forward to the more intimate environs of The Fillmore at Harrah’s New Orleans, where the band performs Tuesday and Wednesday, Feb. 19-20.

“I love theaters,” Taylor says via phone from Miami. “As a drummer, it makes the show easier to play. You get a lovely sound from your kit coming back. At some arenas, you hit your drum and it disappears off into the distance. Theaters were designed for sound. People’s voices resonate.”

Around New Year’s, the band teased it was working on a new album. Taylor confirms that the band began recording in December.

“There’s energy there,” Taylor says. “It’s our 15th album. Sometimes it’s hard to imagine the energy will be there for a new set of songs. But it’s been there.”

The band is scheduled to return to the studio in London in March, following its February dates in Miami, New Orleans and Las Vegas, where the group may rendezvous with Mark Ronson, who produced its 2011 album “All You Need Is Now.”

“When Andy (Taylor) left the band, it created space to be filled,” Taylor says. “We’ve brought in different people — something we’ll do again on this record. Mark Ronson introduced us to collaboration.”

Duran Duran’s 2015 album “Paper Gods” included appearances by Janelle Monae, Nile Rodgers (Chic), Kiesza and John Frusciante (Red Hot Chili Peppers). Lindsay Lohan contributed to “Danceophobia,” and some of the tracks lean into contemporary EDM. Songs such as Pressure Off” sound closer to the band’s early synthpop on albums including its self-titled debut, “Rio” and “Seven and the Ragged Tiger.”

“We can go down the electro route, we can go down a more organic route,” Taylor says. “That album covered all the areas you can go with Duran Duran.”

The band is sharing few details about the unnamed new project, but Taylor notes that current foursome — longtime core members Taylor, Le Bon, John Taylor and Nick Rhodes — are working with Errol Alkan, who has produced work for The Killers and British group Ride. The album will be released next year.

Taylor left Duran Duran for a span of nearly 15 years between the late 1980s and early 2000s, though he played in two spinoff bands, Arcadia and The Power Station. While “Paper Gods” did well on the charts, it’s hard to match the band’s early success.

“We thought we were making great albums,” he says. “We were good at making pop singles.”

He also notes the band made its own music.

“In those early records, we didn’t have one bit of help with the writing,” he says. “None of it was co-written.”

The band also benefited from magazine-cover good looks and exposure on MTV, which was very influential in its early years.

“We were open-minded about what direction we were going,” Taylor says. “Some artists refused to make videos because they didn’t think it was rock and roll. Queen were making videos years earlier. For us, it was part of music culture already. We jumped on that boat.”

That approach repelled some critics.

“We didn’t get any critical acclaim, particularly in the U.K.,” he says. “But the songs have stood the test of time. You can’t be around for 40 years without having some sort of musical talent.”