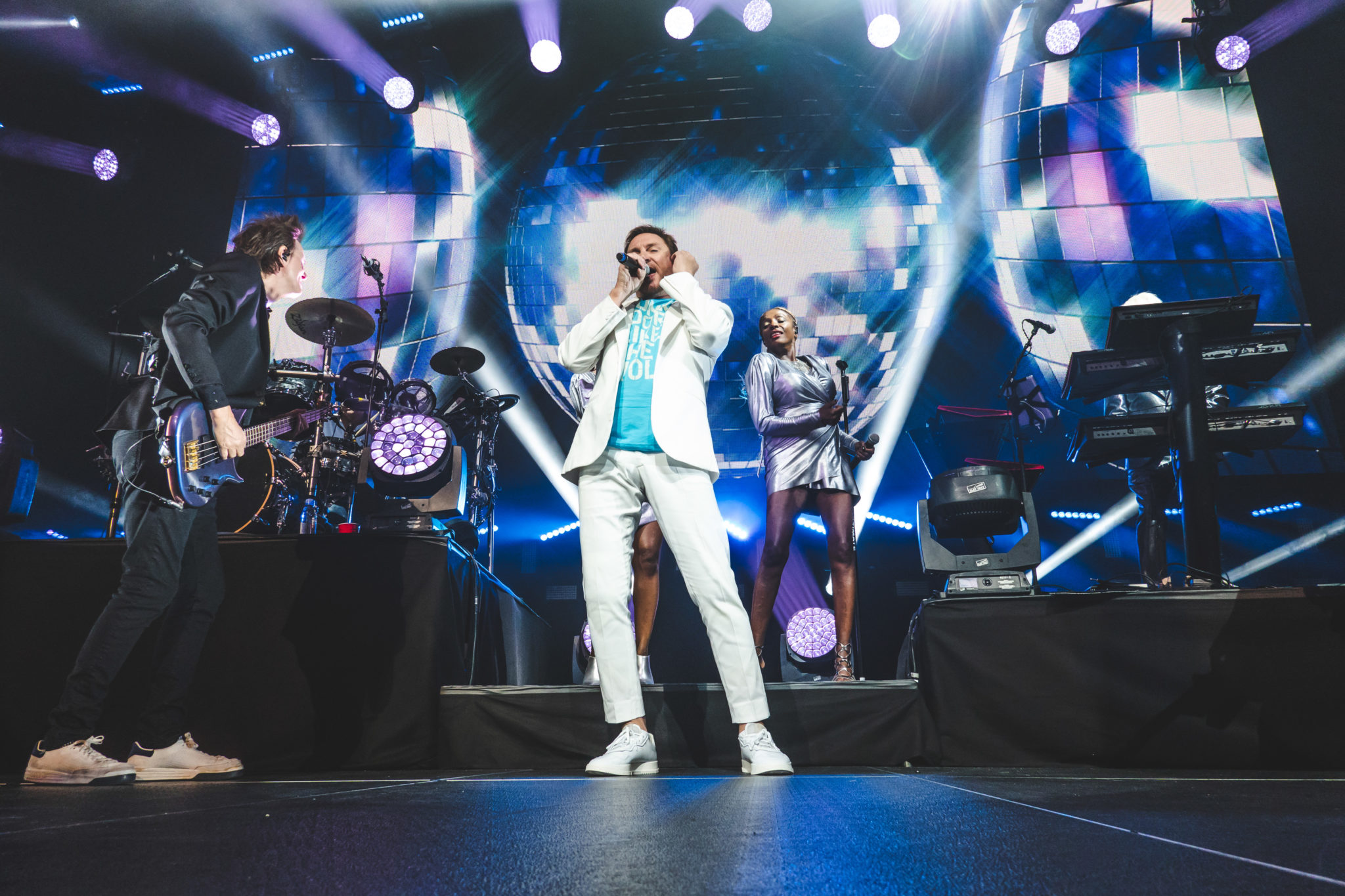 Duran Duran were the video band that killed the radio stars. Last weekend in Las Vegas, two sold-out shows went a long way to re-capturing the hysteria that surrounded the band in 1984. While recent tours by the band seemed wary of embracing nostalgia, there was a devil-may-care attitude to both Vegas shows that showed a band playing at their highest level and making the most of their fourth decade together. Striking a perfect balance on the setlist, the show never lost momentum and the aging crowd barely had time to catch their breath. A deadly concoction of glam-rock, disco, and funk, Duran Duran were far more than just another video band on MTV and their current shows prove it.

While the band never actually went away in the 90s, a lot of casual fans did. The band kept releasing albums as the original line-up shrunk to only singer Simon LeBon and synth-savant Nick Rhodes. The exciting but short-lived reunion of all five original members fell apart during the recording of 2007’s Red Carpet Massacre as guitarist Andy Taylor again left the band. The remaining four have been together since and 2010’s Mark Ronson produced All You Need Is Now ranks amongst their best work. The more recent Paper Gods followed the same blueprint but the sold-out crowd was there to hear the familiar anthems. Duran Duran were happy to deliver.

The sheer number of hits that the band possess makes the setlist a tricky proposition. On night one, the band left off their first #1 single in America “The Reflex” and both nights were missing greatest hits like “Save A Prayer”, “New Moon On Monday”, and “Union of the Snake”. And yet, not a single person seemed to mind as the crowd stayed standing, singing along to “Hungry Like the Wolf”, “Ordinary World”, “A View To A Kill”, “Planet Earth”, and, of course, “Rio”. While all the hits were delivered with passion and excitement, it was the other parts of the set where Duran Duran shined brightest.

Show opener “New Religion” found the band playing in front of a stained glass church window as guitarist Dom Brown’s muscular guitar riffs jostled with the swirling synths and the masterful bass lines of John Taylor. It was arena rock-n-roll done with a synth-pop flair; it was Duran Duran. However, the highlight of both nights came in the melancholic slow burn of “The Seventh Stranger” from the band’s massive Seven & the Ragged Tiger. While the band played below videos of their legendary 1984 tour, long-faithful fans sang at the top of their lungs and more than a few tears flowed. The hits have always been there but it was these deeper album cuts that captured the hearts and fascination of the most devoted fans.

Lest we forget that Duran Duran are far from becoming a nostalgia act, the band neatly paired 2015’s single “Pressure Off” with “Notorious” and a throbbing “Tempted” from Red Carpet Massacre sounded ready to shake the walls of a Vegas nightclub. The encore gave long-time fans one more surprise with “Friends Of Mine” off the debut album before the night ended with beach balls, confetti, and the iconic Patrick Nagel illustration of Rio shining above the band. The explosion of music and color might be what Duran Duran are best remembered for but over two nights in Vegas, the band reminded us that there is far more to their music.