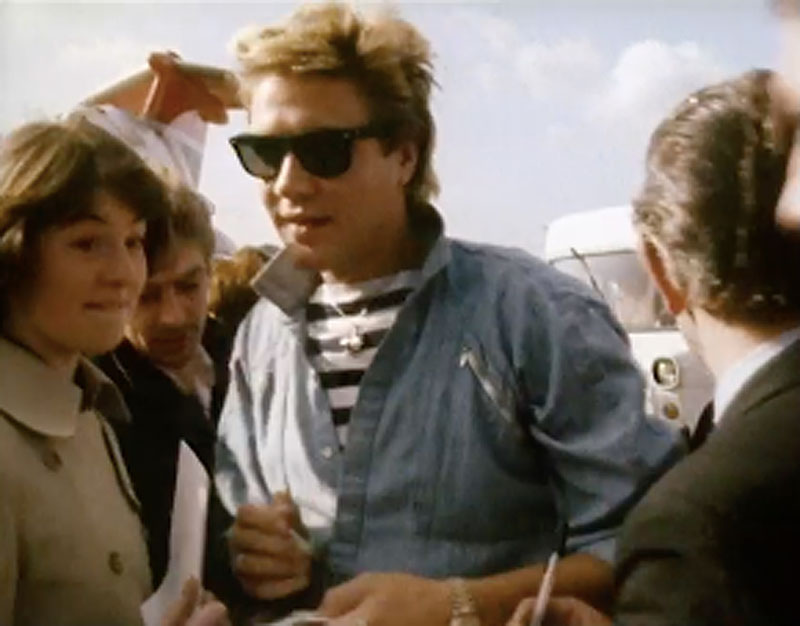 Duran Duran lived the dream. They had the looks, the hits, the videos and the wealth. Forty years after forming in Birmingham, England, the dream isn’t over.

In celebration of Duran Duran’s special anniversary, the U.K.’s BBC Four will devote a night of programming to the British hitmakers with a pair of newly-filmed documentaries.

According to the broadcaster, Duran Duran: A Night In traces the TV, movies and adverts that inspired the group, from Blade Runner to Barbarella and much more. Its companion film, Duran Duran: There's Something You Should Know, will take a deep dive into the act's turbulent history and promises to unearth previously unseen archive footage and rare demos.

The corporation shared the trailer for its June 29 Boys on Film -- A Night With Duran Duran special, featuring interviews with models Cindy Crawford and Naomi Campbell, producers Nile Rodgers and Mark Ronson, and the members of the classic lineup, including Andy Taylor, who left the band for a second time in 2006. International broadcast dates have yet to be announced.

Duran Duran were recently announced as headliners for the first KAABOO Cayman festival on Grand Cayman Island, to be held next February. Before that, the band will be “heading back into the studio to work on a new record”, Duran Duran’s manager Wendy Laister recently told Billboard. Their most recent, 14th studio album, Paper Gods, peaked at No. 5 in the U.K. and No. 10 in the U.S. following its release in 2015.

“Imagine to be in a band like Duran Duran, and have the career that they have,” Boy George, lead singer of ‘80s mega-stars Culture Club, says in the BBC clip. “That’s like the ultimate dream.”

Previous Article
Boys on Film: A Night with Duran Duran – BBC4
Next Article
Duran Duran Have Been Awarded a Special BBC4 Tribute Night
News
Back to all news