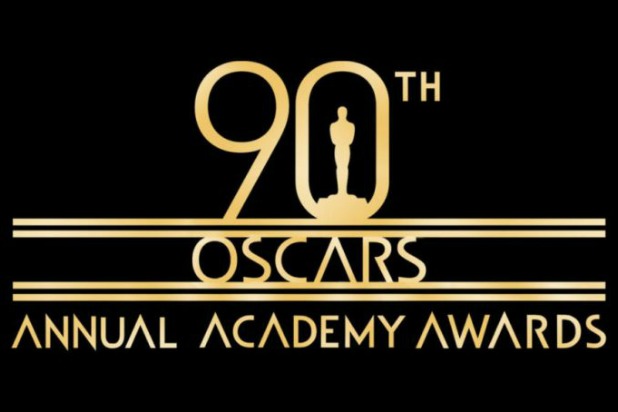 *Members of the Duran Duran VIP Fan Community can hear the full audio, with special synth effects done by Nick (!!), on http://duranduranmusic.com.

It is that time of year once again Dear Readers! While Nick and Katy don't cover every category, they really invest their time in the films they do discuss. This year they added in CINEMATOGRAPHY & COSTUME DESIGN and removed FOREIGN LANGUAGE FILM & DOCUMENTARY (sorry!). So sit back and read on - and let us know whether you agree with us or not!

Nick saw every movie on this list, Katy missed "Molly's Game." This category seems to present stiff competition all around…Nick felt "The Disaster Artist" would have gotten more accolades if James Franco hadn't gotten caught up in a scandal. He also really liked "Molly's Game," and was surprised it didn't get more nominations. Since James Ivory has a such an incredible track record and presented such a sensitive script for "Call Me By Your Name," Nick is picking that screenplay this year.

Nick saw every film in this category sans "The Big Sick" (same as Katy). He thought "Get Out" was beautifully done though derivative. He loved "The Shape of Water," as it was so unique, however "Three Billboards" had such crazy characters, which is what made it so thoroughly entertaining for him. "Three Billboards" stuck with him for weeks after he saw it, as it was a fantastic story about human relationships.

The movie that stuck with Katy the longest was "Get Out," a film she didn't even want to see in the first place! Derivative or not, it was such an outstanding social commentary on many levels, and so clever, that she would love to see it win the award. Sadly, she feels that "Three Billboards," which she did not like (more on that later!) will get the award. Boo!

Katy: SHOULD WIN: "Get Out" WILL WIN: "Three Billboards"

Nick saw none, Katy saw three, and even though "Boss Baby" was tops in her house, "Coco" will, and should, win. Pixar just delivers an amazing experience for all in their movies and rarely does any other animation experience come close.

CINEMATOGRAPHY
The cinematographer-also known as the Director of Photography, or "DP"- though one of the most obscure members of the production team, is responsible for all the visual elements of a film. He or she makes every creative choice related to composition, lighting, and camera motion.

Roger Deakins has worked with Duran Duran on videos, particularly on "Wild Boys," so of course there is a soft spot there. "Blade Runner 2049" was very exciting visually and probably should have gotten more nominations overall in Nick's opinion. By the way, Nick saw the film in 2D on Roger's advice. While "The Shape of Water" was beautiful to look at, he thought "Dunkirk" was spectacular.

For Katy, "Dunkirk" checks all the boxes of what a cinematographer does - the film creates tension, makes you feel and puts you in the action. She didn't see "Blade Runner 2049," and as great as that looks, it seems to be generally overlooked this year.

As a matter of principle, Jacqueline Durran - nominated twice, even more fabulous (Durran Durran!) - should win. With regard to "Shape of Water" Nick asks if we are voting on the groovy looking monster or everyone else? And even though "Phantom Thread" was based on a couturier, Nick was a bit bored by the clothes, although he thinks it will win.

Katy agrees "Phantom Thread" will win in this category but she's wishing it was Ms. Durran and not because of her name. The costumes in "Beauty and the Beast," a movie Nick did not see, are beautiful and deserve to be singled out.

Nick quite likes the "Shape of Water" score but thinks the music from "Dunkirk" really works throughout the whole film. It was quiet when it needed to be quiet, it was subtle, it was grand and bombastic. Also, the Academy loves Hans Zimmer.

Katy actually googled who did the score to "Phantom Thread" while she was watching it, so that's her SHOULD WIN but agrees with Nick that Hans is an Oscar fave and his score is really good, so sure, he will win.

It wouldn't surprise Nick if Mary J. Blige won the award for "Mighty River." Under different circumstance, he would go with "Remember Me" from "Coco" but he'd really like "The Mystery of Love" to win. It's not about whether it's his favourite song, it's about how well the song works with the movie, the mood, the dynamic, and the content. He thinks the soundtrack for "Call Me By Your Name" was great and he'd love to see it win.

Katy agrees that "The Mystery of Love" from "Call Me By Your Name" should win, it's a beautiful song that supports the film. She thinks that "Remember Me" from "Coco" will win even though the song isn't really that memorable. She also wants to give a shout out to "This is Me" from "The Greatest Showman."

Nick thought Allison Janney in "I, Tonya" was fantastic and deserves the Oscar. He doesn't think the role was 'easy' as Katy did. Nick didn't care for "Lady Bird" so that crosses Laurie Metcalf off of his list. He would love to see Lesley Manville win for "Phantom Thread" but knows that isn't going to happen this year.

Katy thought Allison Janney's performance was very over rated and, to her, it wasn't Oscar worthy. She felt numerous actresses could shine with that type of role. On the other hand, Laurie Metcalf in "Lady Bird" is everything an Oscar performance should be. It was a complicated role and she plays it with incredible agility. #TeamLaurie

Both Katy and Nick know Sam Rockwell will win for "Three Billboards," so with that being said, let's move on to SHOULD win.

Nick would love to see Christopher Plummer win for "All the Money in the World." His performance was spectacular in Nick's opinion. He also thinks Ridley Scott is a great movie maker, and the film itself was thoroughly enjoyable from start to finish.

Katy is so anti Sam Rockwell, she may leave the room during the category. She feels he being awarded for the body of his work (which is great) but that every other actor is more qualified to win based on their performance as compares to Sam. She is still annoyed that Armie Hammer didn't get a nomination for his role in "Call Me By My Name." She loves Richard Jenkins in "The Shape of Water," but for her, Willem Dafoe is just being robbed for not winning for his extraordinary performance in "The Florida Project."

Nick: SHOULD WIN: Christopher Plummer ("All the Money in the World") WILL WIN: Sam Rockwell ("Three Billboards")

Meryl! She frequently gets a nomination but this year maybe didn't deserve it?? Nick would love to see Margot Robbie win for "I, Tonya," as there was an excitement to her performance. However, there is really no possibility that Frances McDormand won't win for "Three Billboards."

Katy really dislikes "Three Billboards" but acknowledges the power of Frances' performance. She too loved Margot Robbie in "I, Tonya" and also thought Sally Hawkins in "The Shape of Water" was incredible as a mute that falls in love with a water creature. However, not more incredible than Frances. PS - Meryl robbed Vicki Krieps from "Phantom Thread" of her nomination.

Gary Oldman is going to win. End. Of. Story.

Katy would like to see her boyfriend Timothée Chalamet win for his wonderful breakout performance in "Call Me By Your Name" or Daniel DL for what may be his last performance as the total nut ball Reynolds Woodcock in "Phantom Thread."

Nick thinks both Timothée and Daniel were extraordinary in their respective roles. Nick didn't know Timothée was Katy's new boyfriend, but also thought he was good in "Lady Bird, and has a huge career ahead of him, so if he doesn't win this year he will surely have other chances. Nick feels Gary deserves this award, his transformation was flawless and it was a difficult role to play.

Four of these nominations make perfect sense to Nick, however he would have liked to have seen Ridley Scott in this category for "All the Money in the World." "Blade Runner 2049" was also very well directed. Certainly Christopher Nolan could win for "Dunkirk"; as a piece of cinema he had to go through a lot to capture what he did and he did it flawlessly. Nick feels he managed to get something out of his film that other films didn't. That being said, it looks as though Guillermo del Toro will win this category though, as the movie deserves a big accolade and this will be it.

Katy agrees with Nick on "Dunkirk." Somehow it lost a lot of steam leading up to the Oscar race, but it was a very good movie, and very well directed. It was a big spectacular, and somehow it still felt intimate in some scenes and huge in others. She also agrees that del Toro will win for "The Shape of Water," and that's ok with her.

Nick thinks "Molly's Game," "The Disaster Artist, "I, Tonya," and "All the Money in the World" could have all been Oscar worthy for Best Picture. He really loved "Call Me By Your Name" and he'd be thrilled if it won. "Phantom Thread" was another one of Nick's favourites this year - quirky, beautifully acted and a twisted plot. Nick also thought "Get Out" was a strong film but maybe not a Best Picture. For a minute Nick thought "The Shape of Water," was his favourite of the year, but as more time passed, he realized it wasn't. It was a fantastic concept and also truthful in the way it portrayed how outsiders are treated but felt in some places it deviated too far from what could have made it so fantastic. Nick liked "Three Billboards" much more than Katy did, and he feels the acting was so compelling that any issues with the script was erased for him. It was a brave movie, it was done on a small budget, the part of Mildred was written for Frances, and it was a part British production, therefore, Nick is going to give the win to "Three Billboards."

As is always the case with Katy, she has become passionate in her hatred toward something, and this year it's "Three Billboards," which she thoroughly disliked. There were SO MANY holes in the story and she cannot understand why it is an Oscar frontrunner. She would love to see "Call Me By Your Name," a beautifully directed love story, win but instead she hopes/prays that "The Shape of Water" takes the night's biggest prize just so "Three Billboards" doesn't. Big shout outs to "Get Out," which really exceeded her expectations, as well as "Phantom Thread" for its funny and macabre twist.

Katy: SHOULD WIN: "Call Me By Your Name" WILL WIN: "The Shape of Water"

That's it folks! Thanks for reading our 2018 Oscar Picks and we look forward to discussing our thoughts on next year's batch of films in 365 days (or so!).