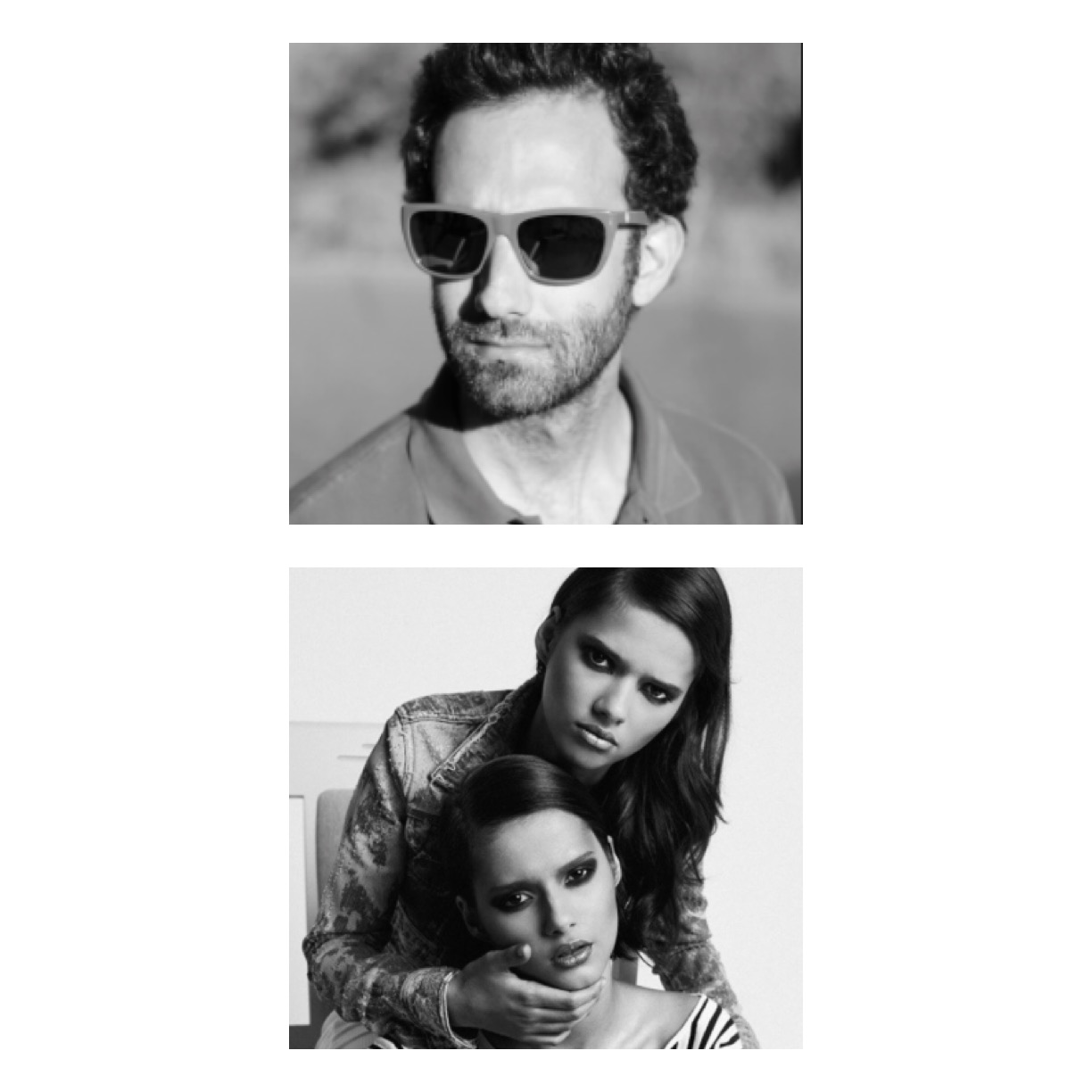 The Duran Duran Fan Community does a monthly Q&A with someone who is part of the DD team or has been inspired by the band in some artistic way. We've recently spoken to Alex Israel, whose artwork is featured on the cover art of "Paper Gods" and Bloom Twins, who opened for the band on their most recent UK tour.

Were you an artistic child?

Yes, I was always drawing, making dioramas, building forts out of the sofa cushions, and doing other creative projects.

When did you know you would be making a career from your art work?

I had a good idea that this is what I would do for the rest of my life when I was in high school.

It seems that a lot of your work has to do with Entertainment, and Hollywood. What drew you to that?

I grew up in LA, surrounded by it. Even though my parents weren’t in the entertainment industry, I was very aware of its machinations from a young age. I love popular culture—movies, television, music—and I was always attracted to the magic of Hollywood: the stardust. I’ve been working to harness this stardust as a material, and to bring it into my art.

How did you hook up with Duran Duran?

China Chow introduced me to Nick and John this past spring, and we began the discussion about the album cover for Paper Gods.

What do you think of the cover for "Paper Gods"? Isn’t it derived from an earlier work of yours?

I’m excited about the cover art for the album. I had made a sticker book as part of a show that I participated in last year in Beijing. That’s where the basic formal idea for the cover came from. I also wanted to work with the band’s history—to isolate the visual language of the band, and to turn it into a series of pictographic symbols. I listened to the album and was moved by what I found to be a soaring sonic undercurrent punctuated by moments of blissful pop. That soaring undercurrent, or maybe its your “radiating solar energy,” is represented by the Sky Backdrop painting of mine that is reproduced beneath the sticker-like images. And the glyphs, well, they’re the punctuated moments of blissful pop.

Tell us a little bit about yourself, where did you ladies grow up?

We grew up in Ukraine, in a small town outside of Kiev. It's very different to any big city. For us Kiev was a far place to go, so moving to London was something we couldn't even dream about.

Did you experience a lot of culture shock when you moved from the Ukraine to the UK?

Yes, of course. When one moves to a huge city like London from little town Brovary - everything felt and looked different. Any little detail we don't think about in our day to day lives - was new to us. Starting from food and beverage, to London Tube and city itself with everything it has to offer - museums, parks, events, gigs. London is a capital of music so our very first week in London we actually spent at a music festival in Hyde Park.

How did you meet Nick Rhodes?

I guess it was destined to happen. Him and us have an immense love for music and fashion! We were doing a shoot together for "Untitled" magazine where he photographed us. Next time we saw Nick was at a Christmas party, where we performed and he was a guest there. We then decided to spend one day in a studio.

Once we entered this musical heaven with lots of keyboards, darkness, incredible sounds - we couldn't get enough and now 8 beautiful songs surfaced and we are itching to write some more.

What did you think when you heard you’d be touring with Duran Duran in the UK?

We were so happy! Sonia was eating when we heard the news, so she almost choked. It's the best present for Christmas, birthday, New Year.

Is this your first big tour? What has it been like so far?

It is our first big tour. It's hard to put it in words. We feel butterflies. It still feels surreal. Are we really playing this amazing arenas? We are very thankful to be where we are, thankful for Duran Duran's team being so supportive and kind and so is the audience. It's been fantastic so far. We didn't want it to end.

Previous Article
10 Philly Concerts We Absolutely Can’t Wait for in 2016
Next Article
Duran Duran on Mark Ronson, Lindsay Lohan and playing live ahead of their show at the BIC
News
Back to all news