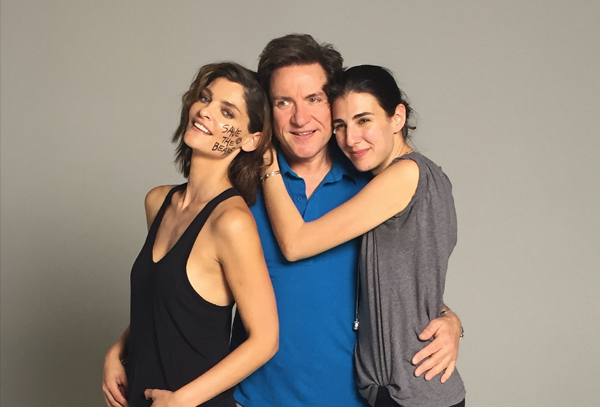 Let a Bear Sh!t in the Woods - Celebs turn out to free caged moon bears

On May 13, 2015, million-selling artists, comedians and celebrities are coming together. Their goal: to let bears sh!t in the woods.

The famous faces feature in a brief tongue-in-cheek film and photo-shoot directed by former top model Shaina Danziger and shot by rock photographer Katarina Benzova which will launch on May 13.