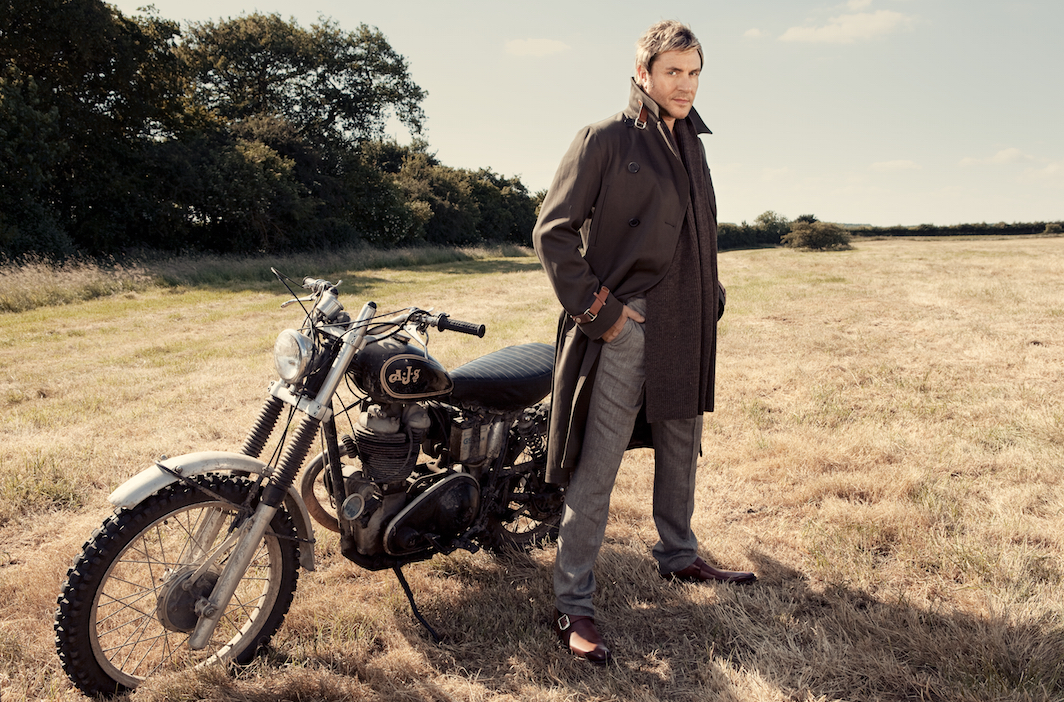 Motorbike enthusiasts including Duran Duran front-man SIMON LE BON, TV presenter RICHARD HAMMOND and former England Rugby Captain MIKE TINDALL MBE have joined forces to support the Bike4Life Festival. The annual motorbike festival helps raise money for the Midlands Air Ambulance Charity and the trio are urging riders across the region to sign up for the event on Sunday 26 April.

BIKE 4 LIFE FESTIVAL 2015 will take place at the RAF Museum at Cosford and is preceded by a 23 mile Bike4Life 2015 Ride Out which will be led by seven times World Superbike Champion Carl Fogarty and Richard Hammond. The ride out will start out at 11.30am on Sunday 26th April from Meole Brace in Shrewsbury with 3,500 bikers expected to take to the roads in convoy before arriving at RAF Cosford where the festival will be under way.

Simon Le Bon, lead singer of the iconic British rock band Duran Duran, who are currently completing work on their 14th studio album, has been a keen biker for many years. He didn't think twice about supporting the event and the Midlands Air Ambulance Charity. Le Bon who currently rides a 1968 Triumph Bonneville T120r, a 1997 Yamaha XT500 and a 1991 Ducati 888 SPS said “Two of my biggest passions in life, next to music, have long been sailing and motorbikes, so I am thrilled to be able to support this year's Bike4Life event, alongside “Foggy”, Richard Hammond and Mike Tindall and help raise valuable funds for the Midlands Air Ambulance Charity. The life-saving work that all of the UK’s air ambulance services do, alongside the RAF/Royal Navy SAR helicopters teams, is vital - and like so many bike enthusiasts, I know the value of emergency medical care only too well. I am honoured to have been invited to get involved in this year’s campaign and lend my support to the Midlands Air Ambulance and Bike4Life 2015 “

Now in its fifth year, Bike4Life (taking place on Sunday 26th April 2015) is the biking event to kick start the motorcycle season. The annual Bike4Life Festival raised over £30,000 for the Midlands Air Ambulance last year. In previous years it has attracted over 8,000 bikers and enthusiasts from across the UK the Midlands Air Ambulance Charity hopes to make 2015's event the biggest and best yet! This year a record 3,500 bikers are expected to take part in the ride out!

The MIDLANDS AIR AMBULANCE CHARITY (MAAC) is one of the busiest air ambulance services in the UK. The charity was the first ever air ambulance to be established in the UK in 1991 and next year will celebrate its 25th anniversary. The charity receives NO GOVERNMENT FUNDING and NO NATIONAL LOTTERY donations and relies solely on the generosity of the public each year.

“Road traffic accidents account for almost half of the Midlands Air Ambulance missions each year, many of those involving serious motorcycle related injuries which are life threatening and critical often involving head and spinal trauma. On a motorbike you are far more vulnerable than car drivers which of course greatly increases the risks of serious injury. As a biker I am delighted to support the Midlands Air Ambulance Charity and the Bike4Life event, it’s important for the biking community to come together and support such a great cause. Please join the Bike4Life event and sign up today.”

To register and join the Bike4Life 2015 Ride Out please visit www.bike4lifefest.com The event costs £5 to register with all proceeds raised going to the Midlands Air Ambulance Charity. With arena displays, stalls and exhibitions, biker tutorials, live music from Planet Rock, a spitfire flypast and chance to meet Carl Fogarty, the atmosphere at the event will be electric.