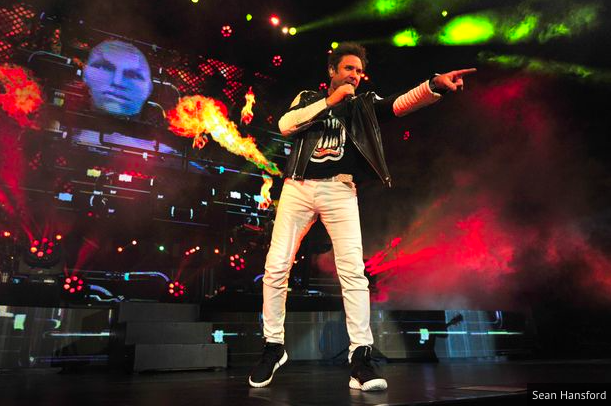 It's 1978 - Star Wars had just begun its conquest of the big screen universe, Saturday Night Fever had taken the dance floors by storm and then another global phenomenon began... in Birmingham!

Fast forward just three years and in early 1981 Duran Duran released their first single Planet Earth... which shot to the top of the charts in several countries.

The now-labeled 'New Romantics' appeared on Top of the Pops and the rest, as they say, is history.

For those who did not live through those heady days take it from me - Duran Duran were huge in the 1980s, one of the biggest bands on the planet - even Lady Di was a big fan.

And the hits just kept coming... Girls on Film, Hungry Like The Wolf, Save a Prayer, Rio, Union of the Snake, New Moon on Monday, The Reflex, Wild Boys, Notorious... even a Bond theme for the 1985 film A View to a Kill

Duran Duran remain one of the most successful bands of all time, topping the charts around the world over the past three decades and selling more than 100 million records worldwide.

Fast forward again to Manchester 2015 and Duran Duran launched the UK leg of their Paper Gods tour here at the Arena and I was privileged to be in the audience.

Singer Simon Le Bon, keyboardist Nick Rhodes, bassist John Taylor and drummer Roger Taylor returned to Manchester for the first time since their All You Need Is Now tour in 2011.

And Manchester loved it. As the hits kept coming the packed Arena saw scenes reminiscent of the 1980s - although the participants were mainly a few decades older and one or two walking sticks were to be seen.

But as for the band the boys were in fine form starting with the title track from their new album but then hitting us with Hungry Like the Wolf, Wild Boys and View to a Kill in quick succession and the place went wild. Forget New Romantics - this felt more like a full-blown rock concert.

The band were bang on time after time and delivered a fantastic evening of musical memories plus other tracks from their latest offering Paper Gods, which is their 14th studio album.

In a touching moment the boys came back for an encore after 90 minutes of note perfect renditions of hits old and new and dedicated Save a Prayer to the victims of the Paris terrorist attacks.

Previous Article
Duran Duran: The Big Difference Now is We Don’t get Utterly Sh*t-Faced Legendary Band on Surviving Nearly 40 Years of Duranmania
Next Article
Duran Duran’s John Taylor has said Collaborating with Other Artists is Important
News
Back to all news