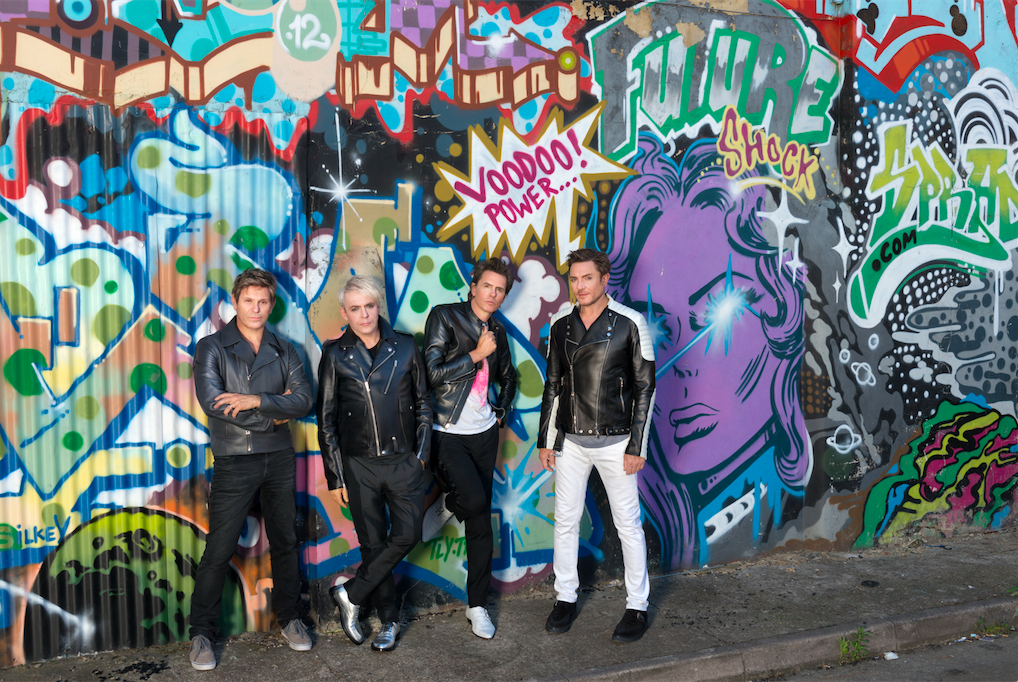 DURAN Duran have made a strikingly triumphant return with their brand new single Pressure Off. The band have clearly been brewing up the perfect storm in the studio with the great Nile Rodgers once again and this track perfectly sets the scene for the upcoming new album Paper Gods.

The track also features the considerable production talents of Mark Ronson who of course steered the good ship Duran so expertly on the band's last studio album, All You Need Is Now. Janelle Monae adds her seductive icing-sugar vocals on top and the result is a slinky, scintillating and sparkling song that is so addictive it feels like a glorious four minute chorus from start to finish.

Nile Rodgers's influence is apparent thanks to the delicious groove and trademark funk guitar licks but Pressure Off is distinctly Duran Duran and the band's own inimitable brand shines effortlessly through. Simon Le Bon's vocal is on top form, John Taylor has delivered yet another delectable bass line and synth magician Nick Rhodes

has painted some very beautiful colours onto a shiny cool canvas.

Drummer Roger Taylor powers out another shoulder-shaking disco rock groove and with Rodgers's trusty Fender Strat also joining the party, this single was only ever going to be irresistible. Pressure Off will be explosive live and will instantly become a fan favourite.

I've heard a selection of songs from Paper Gods and it contains some of DD's finest work to date. Ronson and Rodgers again contribute as do ex-Chilli Pepper Jon Frusciante, Kiezsa, Mr Hudson and even Lindsay Lohan who adds a voiceover to a outrageously catchy track called Danceophobia.

Frusciante's guitar work on the record is amazing and adds a really different and dramatic dimension to the overall sound. Hearing his expressive playing made me immediately dig out all my favourite RHCP records again.

The title track which features Mr Hudson is elaborate and adventurous with a chorus that rivals songs like The Chauffeur and Save A Prayer. While die-hard devotees will obviously be elated at the quality of the new material, the album may well also extend a wider net and reel in a few innocent bystanders.

Duran Duran have always been able to write hooks – razor sharp ones at that, with each song boasting depth and personality – from Girls On Film to Skin Trade, from Rio to Reach Up For The Sunrise, or from Ordinary World to Girl Panic, their music has always sounded gift wrapped and chrome plated. This new single is no exception.

For a band that have been enjoying hit records in four different decades and two different centuries, Pressure Off signals another fresh start, a new artistic chapter and is the sound of a tight musical unit whose creative thirst still remains happily unquenched. Resting on laurels is not an option – it's time to 'step out into the future'.