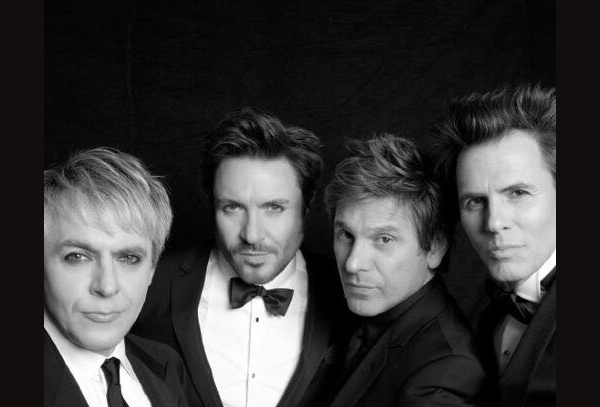 The South Street Seaport Museum announces DOCK ROCKS – Party on the Piers, the first annual concert and boat party fundraiser in support of the Museum on Tuesday, August 4, 2015 beginning at 5pm on Piers 15 and 16, South Street Seaport. Tickets are $55 for general admission, with VIP options available, and will be on sale beginning today at www.dockrocks.com and www.dockrocks.eventbrite.com

DOCK ROCKS 2015 will showcase rising stars, superstars and surprise guest performances across five hours of unforgettable Main Stage music, with a headline performance from multi-platinum British recording icons, Duran Duran. The concert stage is on Pier 16 with nearby Pier 15 as a secondary viewing pier. Doors open at 4:30pm, with opening acts at 5pm, including the “Swatch Presents Emerging Artists” Showcase, from 5-6:30pm, presented by The Swatch Group, Pledge Music & Fieldhouse Music.

The story of Duran Duran begins at the dawn of the ‘80s, when a group of young men in Birmingham, England formed a band that would quickly become a household name around the world. Three decades later, Duran Duran has sold over 100 million records, been honored with seven Lifetime Achievement awards and continue to perform for screaming fans on five continents. They have proven themselves timeless, outlasting their contemporaries and never losing the desire to innovate. Their approach—a fusion of art, fashion, technology, and incredible music—that has always been far ahead of its time, and shows no signs of stopping.

“Dock Rocks will be instrumental in our efforts to revitalize the Seaport Museum post-Sandy. The concert will showcase the Seaport Museum’s historic ships to nearly 6,000 visitors in a completely unique way,” said Captain Jonathan Boulware, Executive Director of the South Street Seaport Museum. “This inaugural celebratory fundraiser for the Museum will support the reinvigoration of the programming that only the Seaport Museum can offer: on-water education programs, interpretation of the original port of New York, our collections, historic buildings, and fleet of ships. Whether attending a concert on the pier, out on the harbor on a “floating classroom” program, or touring the historic district, visitors touch, see, and interact with historic New York in ways they can only do here in the Seaport. We have been working hard to rebuild and expand this core programming and will continue this development over the next year. We’re thrilled about Dock Rocks and what it means for the future of the Seaport Museum.”

VIP attendees will have the option of enjoying the concert from one of nine historic ships and party boats positioned around the stage and at Pier 15. This luxury option offers all ticketholders access to the concert pier along with a range of celebrity hosted experiences and after-parties featuring world-class DJ’s. Participating ships include the Museum’s historic Peking, Ambrose and Pioneer, along with NY Water Taxi and Zephyr luxury yacht and Hornblower Cruises’ Infinity, their largest luxury vessel, the Hybrid and Sensation, and the Esprit, Hornblower’s newest yacht – all of which provide elevated stage views, open bars, food, A/C and exclusive floating nightclub experiences.

DOCK ROCKS 2015 is produced by One Door Media and Kingdom Entertainment.