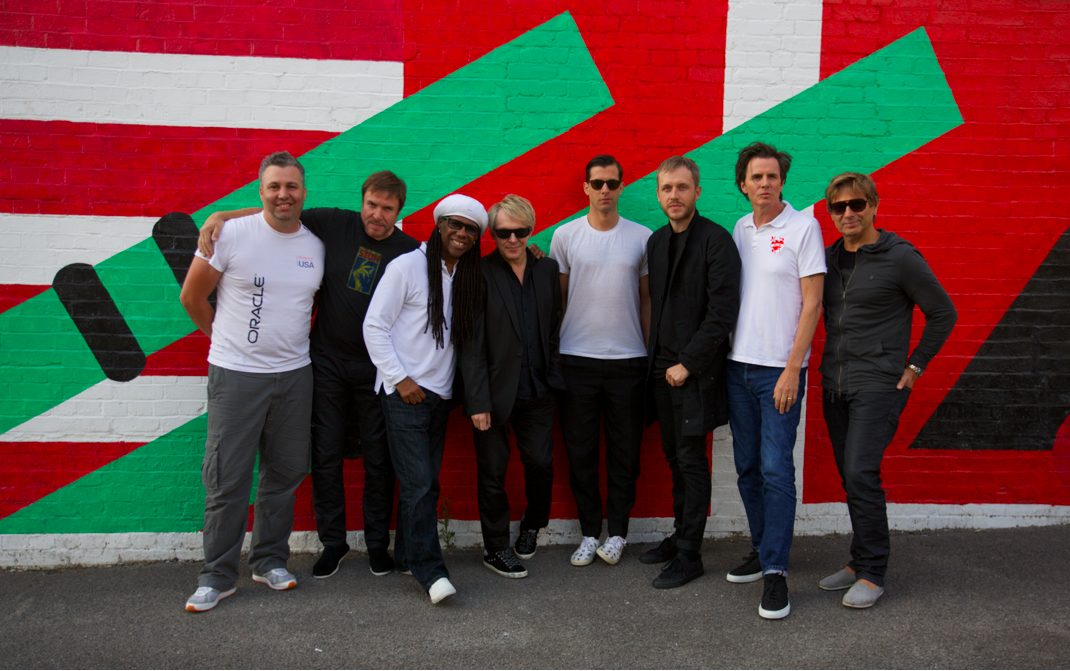 Joshua Blair has been working with Duran Duran since they began RED CARPET MASSACRE (then called REPORTAGE), and his relationship with the band has continued to grow. There for every step of DD#14, Josh took some time to participate in a Fan Community Q&A, excerpted here:

How did you get involved in music in the first place?

Music has always been in my family. My Grandfather was a choir master for a local choir and sang several times for ABC radio. I've studied music from when I was a young boy at school and was lucky enough to have a great music teacher, John Hartley, until I went to college. I used to borrow my Dad’s four track tape recorder and try and recreate the songs I heard on the radio/TV. I still have that four track now and it still works too!

Can you describe what it is you do, exactly, for those who don't know what a Studio engineer does?

A Studio Engineer takes what the band plays and records it to tape or nowadays to the computer via microphones and other fx. It’s my job to make the sounds the most interesting and well recorded plus make it so that the gear (recording equipment) gets out of the way so as not to interfere with the creative flow.

I was working at the studio that Duran rented a production suite at.

How many Duran Duran projects have you worked on so far?

I started working as an assistant on the missing album between “Astronaut" and “Red Carpet Massacre". I think the album was to be titled Reportage. I did a little on RCM as an assistant to then I worked as an Engineer on “All You Need Is Now” and the subsequent B-Sides. I worked a little on “A Diamond in the Mind” DVD. I’m also Co-Producing the new album that’s yet to be released.

What was it like having Nile Rodgers in the Studio with the band?

It was great to see the dynamic between Nile and the boys, like having family back together again.