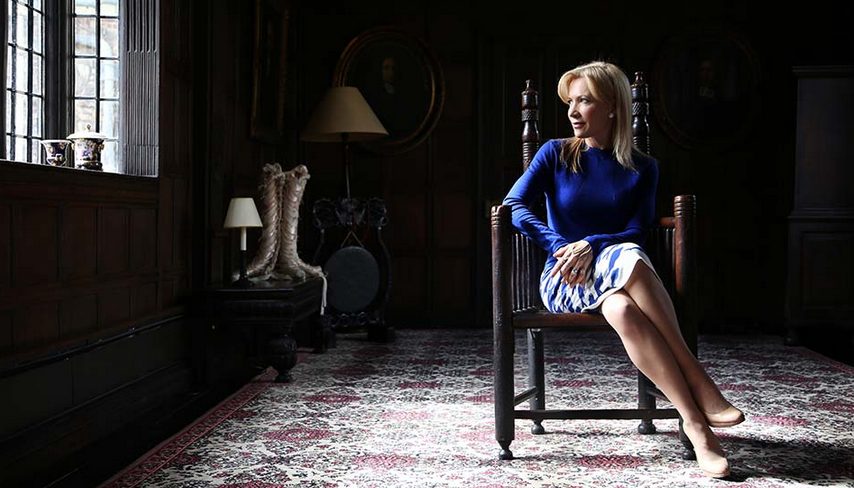 The Duran Duran Fan Community website did a great Q&A with OBE Suzi Digby, who worked with the band on all the PAPER GODS choral arrangements. Read more:

Explain, if you can, what it is you do.

I am a choral conductor, music educator and social entrepreneur. I am strongly driven to trailblaze social change through music. I have always had a powerful instinct to make people feel better about themselves through music. I've created 5 national organisations and run these alongside my conducting career.

Did you like being a judge on Last Choir Standing?

I was initially quite nervous as I was worried about the 'dumbing down' of Saturday night entertainment and losing professional 'credibility' but I needn't have been. It was a tremendous experience. I adored every moment and the result was exactly what I'd envisioned and hoped for: a 25% rise in the number of registered choirs in the UK!! Bringing the total to 25,000 (more than fish and chip shops!). So my ambition to have the nation singing again since the dire times of the early '90s continues (apace) to be realised.

Also, it was fun being recognised by taxi drivers!

How did you come to work with Duran Duran?

I'd just done a stint with the Rolling Stones as their choir director/fixer for their 50th Anniversary Tour (including performing on stage with them at O2, Glastonbury Main Stage and Hyde Park) and I was discussing the experience with John Taylor in LA. (I was already friends with him and Gela as they'd supported my Vocal Futures Matthew Passion c/o our mutual friend, Patrick Kinmonth). As we talked, John Taylor's interest in choral music was stirred and I sent him a play list. John then shared his ideas and new passion with the band and started working on a number of choral arrangements to experiment with for their new album. My 'house' composer/arranger, Toby Young, worked on these, and two of my wonderful choirs (Voce Chamber Choir & London Youth Chamber Choir) recorded a couple of numbers in a London church with stunning natural acoustics!

Did you meet all of the band? What did you think?

We met them all (I also had the thrill of going to their studio to hear the early versions of the songs from the new album) but particularly John Taylor and Simon Le Bon, who took an active role during our recording. What really strikes me is how cool they are in every sense. They are so interested in and knowledgeable about so many aspect of music and culture. John never stops reading books, and has a voracious appetite for knowledge and cultural experiences. He doesn't just flit from interest to interest, but delves deeply as his passion is ignited. We took him to the Royal Ballet, for example, and it blew his mind! He read up a lot around it... He's also really interested in history and politics. I often think how much this must all feed into the brilliance of his music-making.

How did you feel when you received your OBE? That’s VERY exciting!!

My heart beat very fast! It was genuinely totally unexpected.

And we wrap up all the DD Fan Community Q&As like this - what's your favorite Duran Duran video?

Any one from the new album! (And "Notorious"!)