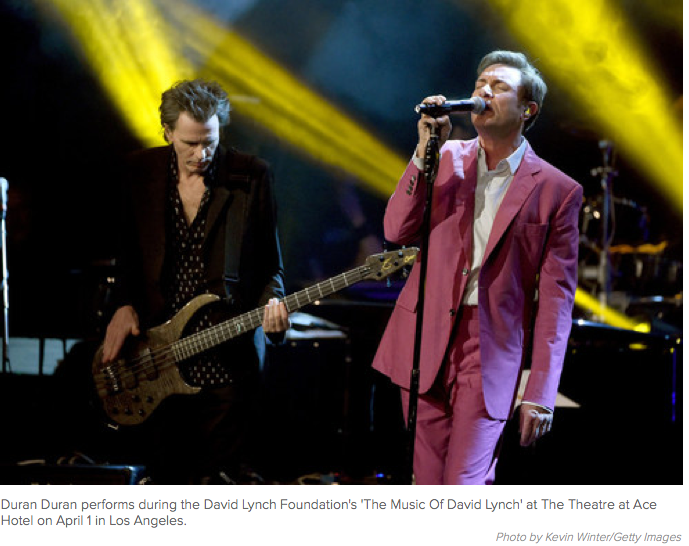 Duran Duran unveiled dates for tours of the U.S. and the U.K. in an email to fans on June 11, posting on Facebook that it will be announcing more tour dates soon. Meanwhile, honors are starting to roll in for the British band as it prepares to release its 14th studio album.

Duran shared the news on social media and its official website that the band will be honored with the Spotify Lifetime Achievement Award on July 3. The award will be added to a list of half a dozen lifetime achievement awards presented to the band over the years. Duran joins such luminaries as David Bowie, Pink Floyd, and The Rolling Stones in receiving the Spotify honor.

On the touring front, in addition to the previously announced FOLD Festival in Riverhead, N.Y., on Aug. 5, Duran also will be playing Musikfest in Bethlehem, Pa., on Aug. 6.

The band will kick off a run of more U.S. dates in September on the 20th at Red Rocks Amphitheater in Morrison, Colo., following that Sept. 23 in Puyallup, Wash,; Sept. 25 in Reno, Nev.; Sept. 27 in San Diego; Oct. 1 at Hollywood Bowl in Los Angeles; Oct. 2 at The Greek Theatre in Berkeley, Calif.; and Oct. 3 in Rancho Mirage, Calif. Duran will appear with Chic at several of those shows.