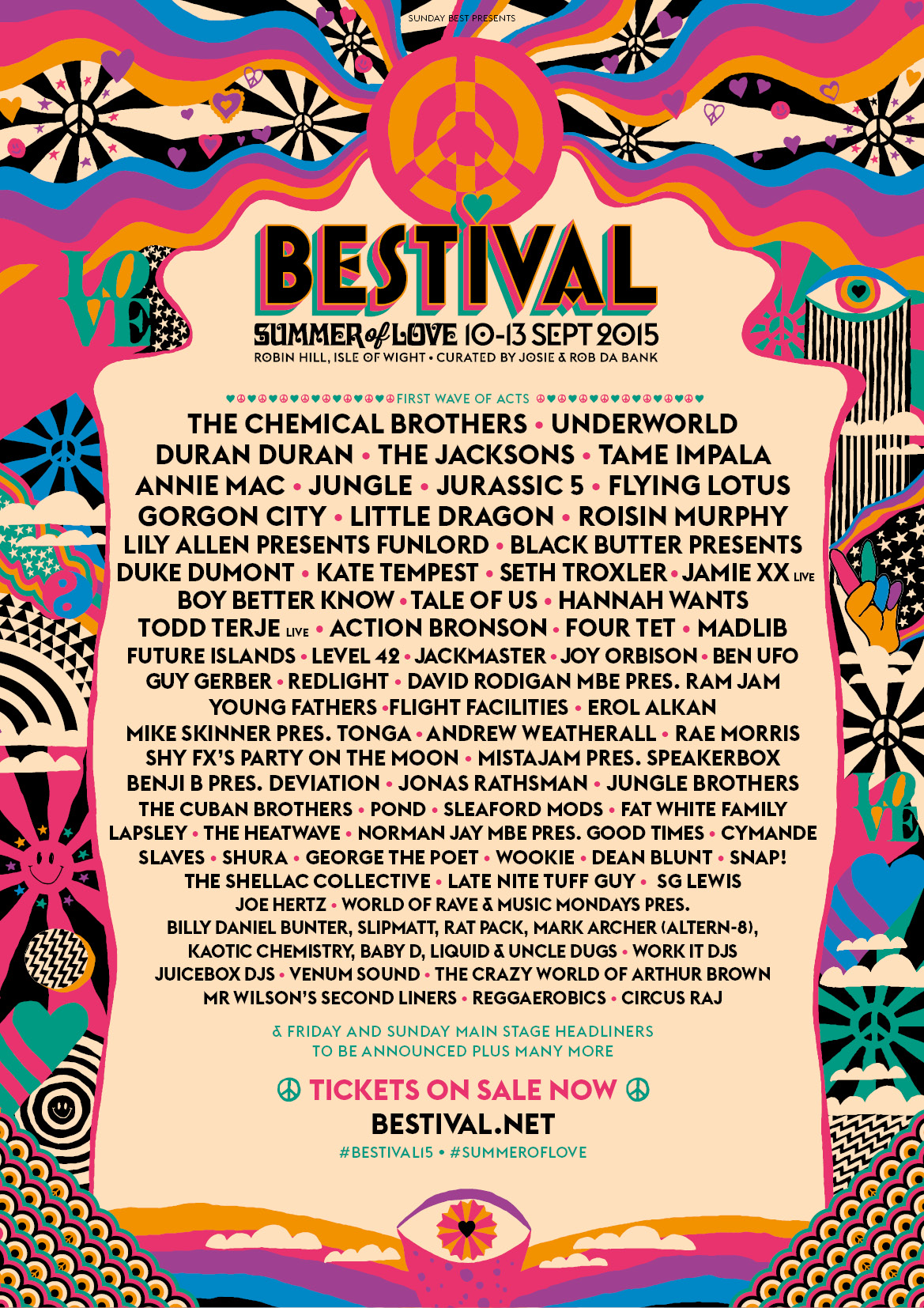 The first wave of acts for Bestival 2015 has been revealed, featuring The Chemical Brothers, Underworld, Duran Duran, The Jacksons, Tame Impala and many more. See the full line-up so far and ticket details below.

"We're taking it right back to our roots for the 12th annual Bestival," said Bestival boss Rob Da Bank. "It’s also the 20th birthday of the club where it all started - Sunday Best, and that club and our beloved Bestival were founded on some pretty simple aims - listen to amazing music, make new friends, have fun, and maybe stay up all night.

He added: "So, returning friends the Chemical Brothers rave alongside iconic popstars Duran Duran and The Jacksons, and some of my favourite modern musical mavericks - Tame Impala, Flying Lotus and Jungle - jump in bed together… and this is just the start of the party… Watch this space and feel the love!”