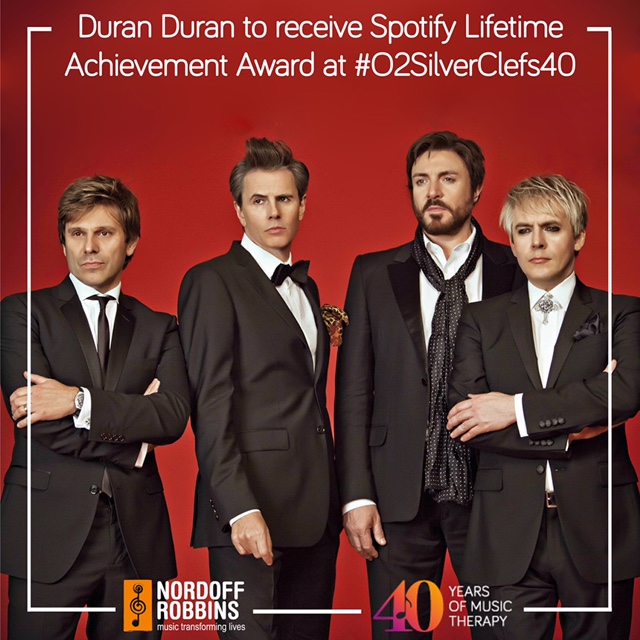 Both artists will collect their awards, along with the other nine winners, at the annual star-studded O2 Silver Clef Lunch, to be held on July 3 at the Grosvenor House Hotel in London.

Duran Duran will be awarded the Spotify Lifetime Achievement Award, while Kasabian will be named Royal Albert Hall Best Band.

Kasabian said: “We’ve admired Nordoff Robbins work for some years now and are honoured to be receiving the Royal Albert Hall Best Band Award at the O2 Silver Clef Lunch. As musicians, it means a lot to us to be recognised by a charity which does such great work using music to help people.”

Since launching in 1976 the O2 Silver Clef Awards have raised more than £8.5 million to fund Nordoff Robbins’ music therapy work.

“It is because of events like the O2 Silver Clef Awards that Nordoff Robbins is able to continue to deliver essential music therapy services to vulnerable and isolated people across the UK,” added Nordoff Robbins CEO Julie Whelan. "Since 1976, the event has brought together artists from all areas of the music industry, raising an incredible £8.5 million in the process.”