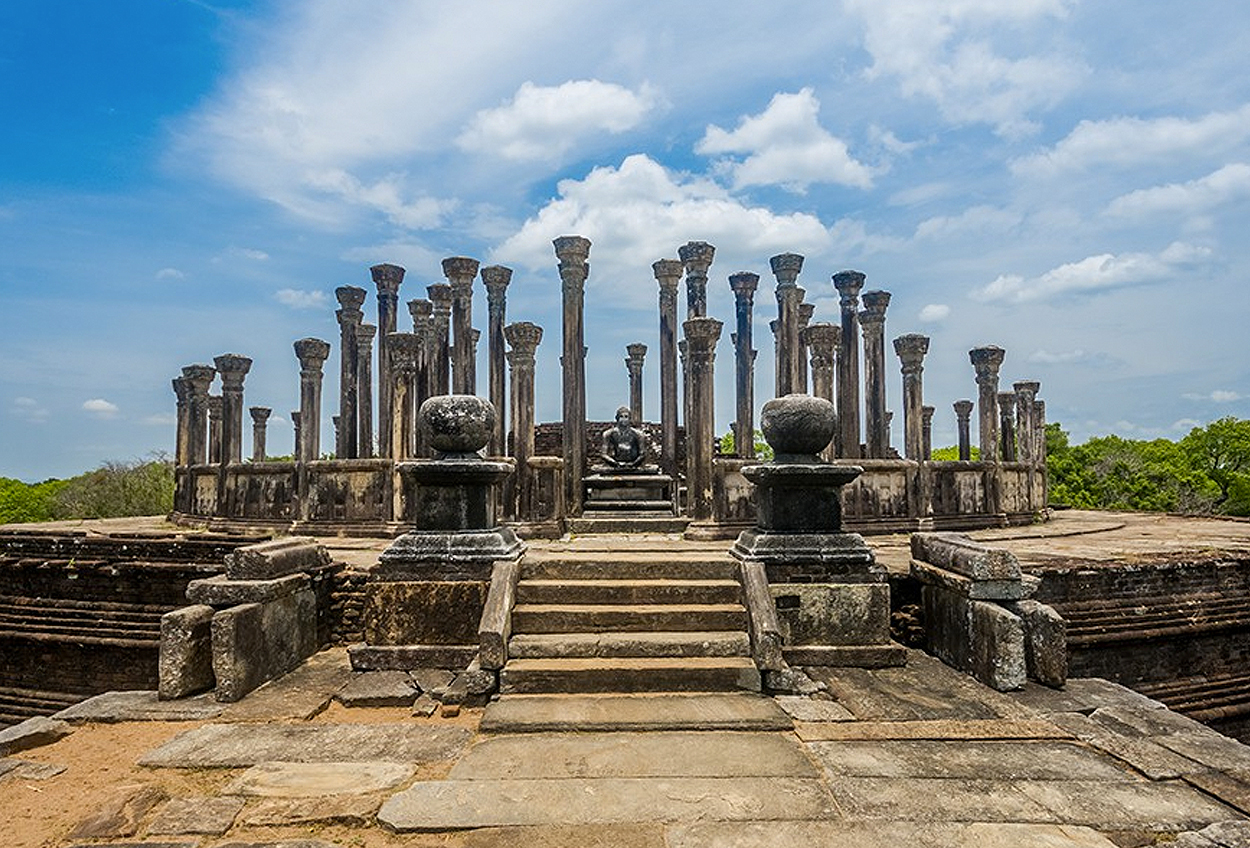 * Imagine if you could re-create some of the best moments from seminal Duran Duran videos: Lawyer (and fan!) Marc Weitz did just that. He loved the band's trifecta of videos filmed in Sri Lanka and decided to travel there himself to see the sites he watched over and over again on MTV...to follow is his travelogue of the experience

FOLLOWING IN THE FOOTSTEPS OF DURAN DURAN IN SRI LANKA

As a traveler, I get a little tired of guidebooks, tourist bureaus and other travelers guilting me into visiting “culturally important” sites. Many snobby people take their traveling too seriously. I feel peer-pressured into going to “serious” sites in order to “fully experience” a country. It’s like being told to eat my vegetables. I got over this when I decided to go to Sri Lanka for the sole purpose of visiting the locations where Duran Duran filmed their music videos for "Hungry Like the Wolf," "Save a Prayer," and "Lonely In Your Nightmare." In 1982, Duran Duran was larger than life. I was a little kid who thought there was no one cooler than Simon Le Bon and Duran Duran who ventured into the third world singing pop music. Prior to this, most music videos were performance pieces with a few flourishes thrown in. People like David Bowie were exceptions who added artsy touches. Then came Duran Duran with videos that were practically movies with adventure and cool stories. "Rio" (filmed in Antigua) featured Simon Le Bon sitting on the front of a sailboat coolly singing the chorus, dressed in Antony Price suits, with the water and wind rushing by as his band mates posed dashingly in the background.

Thirty years later, I would like to believe that I’ve grown into a responsible adult: An attorney with a solo law practice in Los Angeles, but I am still a fan. And now there’s no one stopping me from pursuing my quixotic idea of going to Sri Lanka to visit the spots where those videos were filmed. After all, people travel to Austria to see where Mozart lived. What’s the difference?

Duran Duran chose Sri Lanka after one of their managers, Paul Berrow, vacationed there and loved it. At one point, he even wanted to build a temple for himself on Sri Lanka. Russell Mulcahy was hired to direct. This article lays out where you can go to visit and re-create those videos.

Now you can live out your own Duran Duran fantasy.

“Burning the ground, I break from the crowd.” ~ Hungry Like the Wolf

"Hungry Like the Wolf" is one of Duran Duran’s biggest hits. The band has said that the video is like an Indiana Jones movie, but he’s looking for a girl for the night. Seventeen seconds into the video, we see Simon Le Bon sitting in an exotic café wearing a hat and glacier glasses. A bottle of liquor sits on the table while he shoos away a vendor with a monkey. The camera angle switches to the front, and he stands up in slow motion flipping the table dramatically, as we’ve seen in so many 80s videos. That scene was shot in the capital city, Colombo, in the Pagoda Tea Room. The Pagoda Tea Room is still open. It’s since been refurbished and now has a bland, white paint scheme with plastic tables and chairs. Still exotic, it’s located at 105 Chatham Street in the old area of Colombo called Fort. The final reunion scene of the video is shot here as well. Next Simon Le Bon walks through a bazaar. This was shot in the old market in the town of Galle. The market has since been redone and is not recognizable from the video. There is a short segment in the video where the band members are in a bar, elegantly dressed, and standing by a staircase. That scene was shot in the Amangalla Hotel in Galle (formerly the New Oriental Hotel). Most of the other scenes in the video are shot in the jungle or on the streets, not places that are easily recognizable or can be found.

“So you’re looking for the thrill, and you know just what it takes and where to go.” ~ Save a Prayer

The "Save a Prayer" video features some beautiful exterior shots filmed at temples, monuments, and beaches. The interior shots were filmed in the Amangalla. The opening scene, in which Simon Le Bon reclines on a couch with a book and a drink, is shot in one of the rooms. The scene where he dances with the girl in the red dress, the model Vanya Seager, was shot in a room just off the lobby called the Zaal. The first-half exterior scenes are shot on the beach near Galle. Midway through the video, there is a helicopter shot of Duran Duran standing atop a giant rock with some ruins. That is Sigiriya, the remains of a royal palace built in the 5th century. Located in the middle of the country, you can climb the rock and visit the surrounding ruins of the gardens and fountains. A combination of modern and ancient staircases leads you to the top. One ancient staircase was built in the shape of a lion’s head. Only the claws remain. Once on top you can stroll around the ancient walls and pools. Stand at the highest point on Sigiriya and pretend that you’re a member of Duran Duran posing for the helicopter shot from above. And don’t forget to wear your white linen suit.

Also in the video, the band is seen at a number of temples and statues. These scenes were filmed in Polonnaruwa, located a few hours from Sigiriya. It’s a huge complex and worth a halfday to walk around. There is a great museum as well. Near the end of the video, Nick Rhodes, John Taylor, and Andy Taylor sing in front of two statues of Buddha, one standing, one reclining. Watching the video, I thought these statues were huge. They’re not so big. The statues are called Gal Vihariya and are located at the far (northern) end of the complex. A roof now covers the Buddhas to protect them from the sun and rain.

The final shot of the "Save a Prayer" video is iconic. The band members walk amongst the ruins of a temple. Nearby is a stone platform with many pillars still standing, in the background is a giant white stupa (also seen in an aerial shot). Simon Le Bon leans against the side of the platform and Andy Taylor stands on top strumming a guitar. The rest of band members are wandering about. They converge on the temple, walk to the end and look up reverently at the statue of Buddha. The camera pulls away, and the video closes with Simon Le Bon reclining on the couch. The temple scene is shot at the Lankathilaka Temple. Here, I had the most fun re-creating the video by taking pictures of myself posing like the band and finally staring up at the same statue of Buddha. It was the off season, and few tourists came by. They looked bored as their guides explained the “important” history of the temple. They didn’t seem to know about the Duran Duran history. But honestly, who was having more fun? They getting the culturally significant history or I re-creating 80s videos?

“Please tread gently on the ground when all around you earth turns to fire.” ~ Lonely In Your Nightmare

"Lonely In Your Nightmare" is the third video shot in Sri Lanka. It’s not as well known, but I love the song, and it again features the very beautiful Vanya Seager. Interior scenes from the video were shot in a room at the Amangalla Hotel. There are two scenes to visit from this video. Simon Le Bon is standing on a beach with a small island in the background with a house built upon it. That is a Taprobane. It’s actually a fancy hotel that costs from $1000 to $2200 per night. It’s located in the very south of the island near the town of Weligama. It’s right across the street from the bus station and thus easy to get to. The final scenes of Lonely in Your Nightmare, where Simon Le Bon walks along a rampart and embraces the girl, are shot at Galle.

Not in any video, but very important, you must visit the Strand Guest House in Unawatuna and stay in the “Duran Duran suite.” It’s 5 km from Galle and near the beach. It’s a B&B run by a very nice man named Asoka and his wife. Thirty years ago, Asoka had just opened up his B&B when Paul Berrow stopped in to get a room. The “suite” is a somewhat large room atop the building. You must climb a narrow staircase and practically crawl into the attic to get there. Asoka told me that Simon Le Bon used to arrive every morning to have tea with Paul on the balcony. Paul stayed there for two months. I spent plenty of time enjoying this room since I was sick with the usual stomach ailments one gets in this part of the world.

This article was organized by video. Geographically, I recommend the following route: Colombo for the Pagoda Tea Room. Galle (ramparts, Amangalla Hotel). Unawatuna for the Strand Guest House and Duran Duran suite. Travel a short distance to Weligama to see Taprobane. Then head north to Sigiriya for a day, and then on to Polonnaruwa for another day. There are many other fantastic non-Duran Duran-related sites to see along this route, but this article is about Duran Duran, so refer to a regular guidebook for the rest. So forget your guilt and go see what you really want to see. 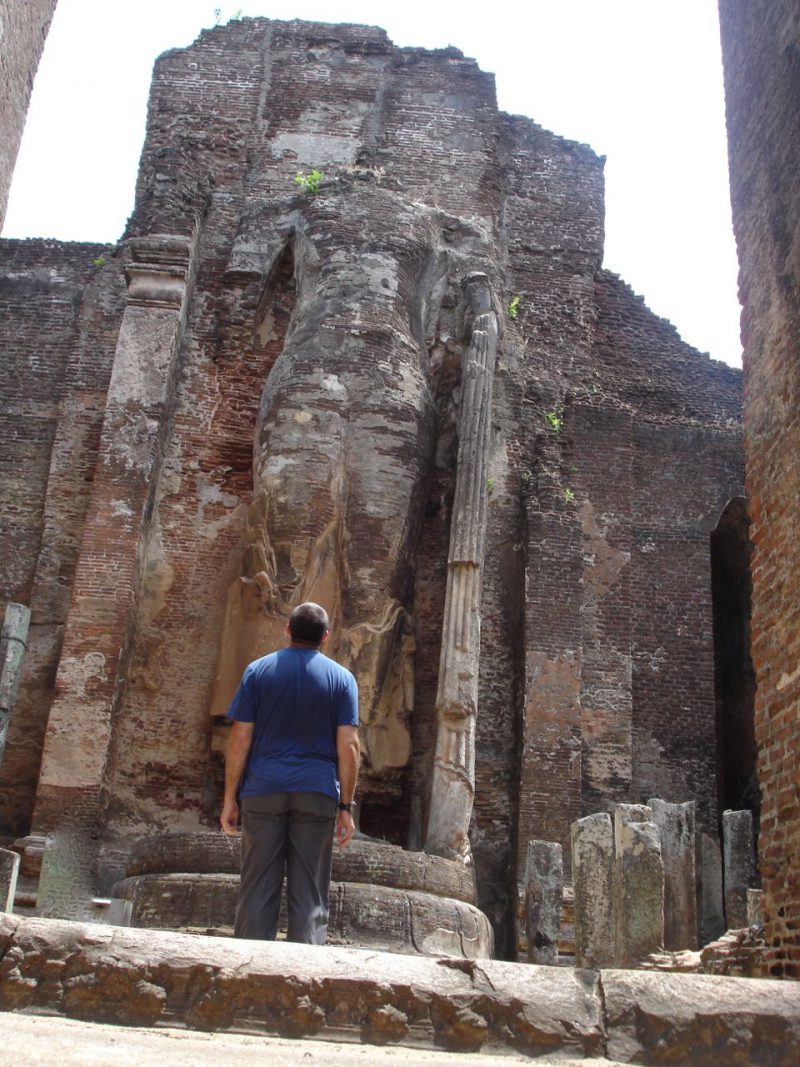 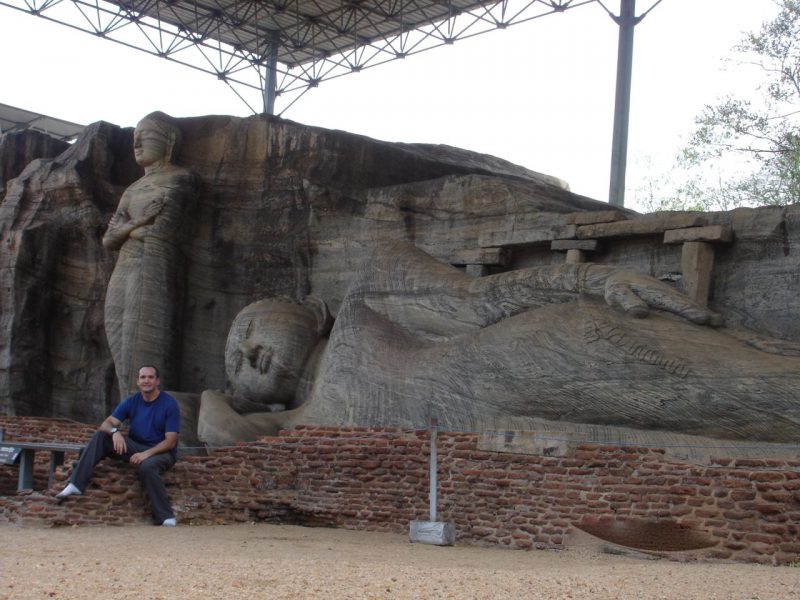 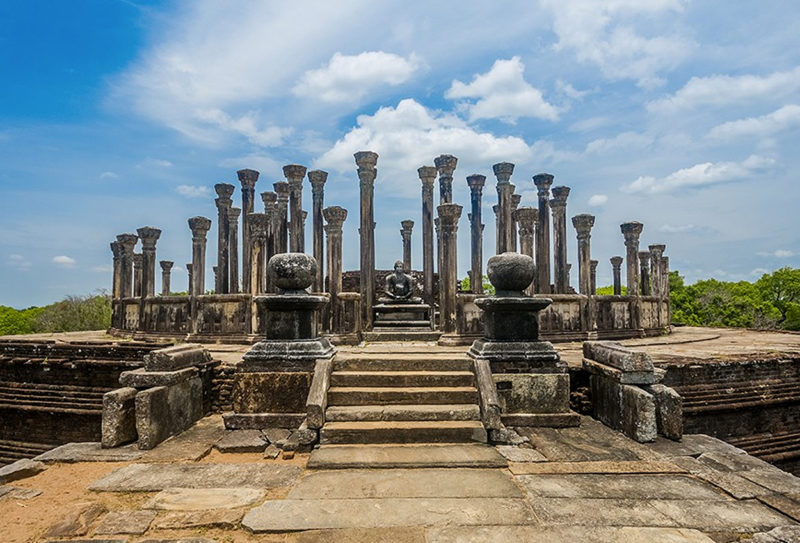 Previous Article
JT’s New Year’s Eve Mix Tape!
Next Article
Nick Rhodes on the Passing of David Richards
News
Back to all news