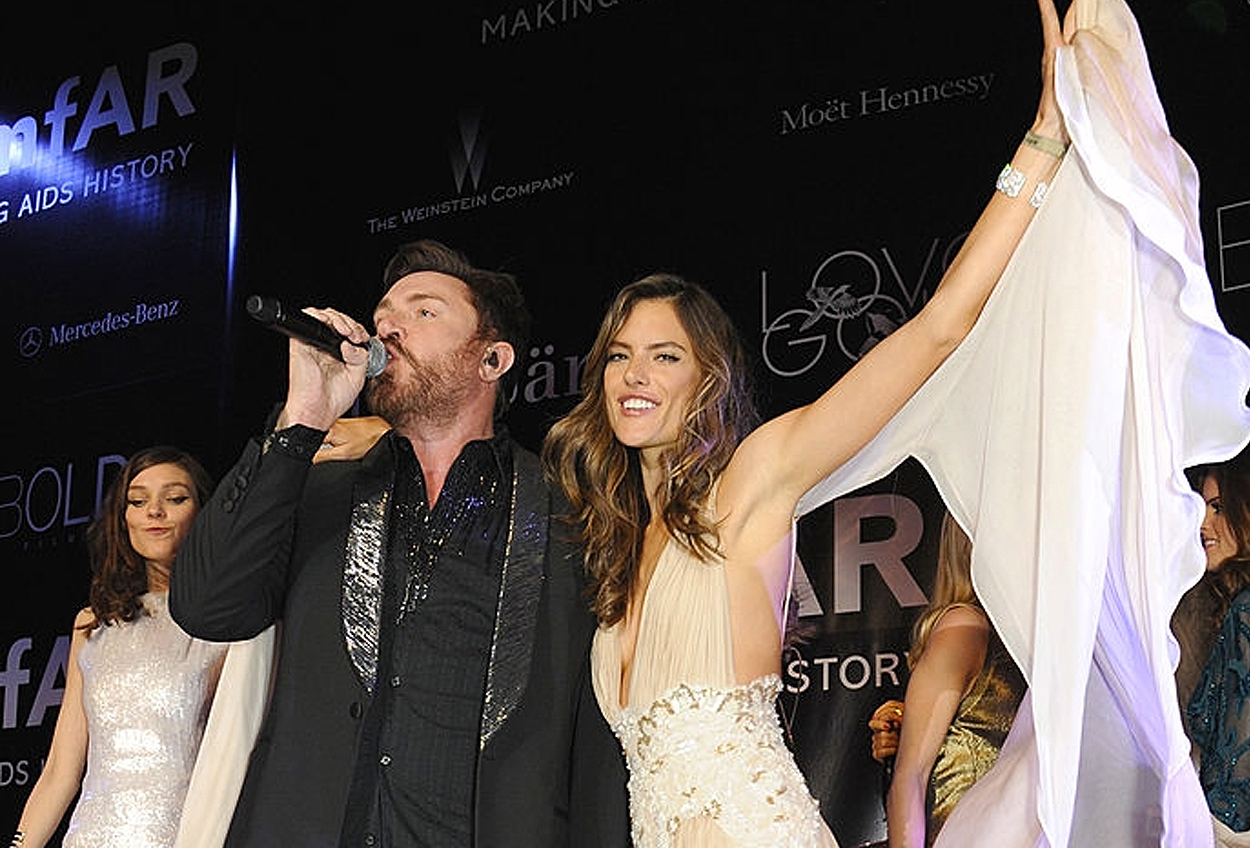 Duran Duran, who have sold more than 100 million records throughout their storied career, will treat guests at Cinema Against AIDS to their only public performance of 2013. Dame Shirley Bassey, fresh off of a show-stopping performance at this year’s 85th Academy Awards, will make a special appearance at Cinema Against AIDS to sing a number of her much loved and celebrated songs. Ellie Goulding, one of the UK’s most exciting singer-songwriters, will inject her exuberant energy into the evening. And rounding out the line-up will be American Music Awards winner Hot Chelle Rae, whose just released single “Hung Up” follows their mega-smash hits “Tonight, Tonight” and “I Like it Like That,” which together have sold more than 6 million copies.

In addition to these electrifying musical performances, the event will include a parade of celebrities participating in the evening’s live auction, as well as a “The Ultimate Gold Collection Fashion Show,” curated by Carine Roitfeld. Forty top models will participate in the spectacular runway presentation of one-of-a-kind gold looks, which will also feature a range of gold jewelry from emerging and established designers.

The fashion show will be streamed live exclusively on LoveGold.com on May 23, 2013. To watch the show live, go to LoveGold.com to sign up.

Cinema Against AIDS XX will feature an exhibition by iconic photographer Annie Leibovitz.
Roberto Cavalli will provide the design and décor for the gala dinner. The After Party will be presented by Moncler.

Cinema Against AIDS XX is presented by BOLD FILMS, LOVEGOLD, and BANK JULIUS BAER. Signature Sponsors are CHOPARD, MERCEDES-BENZ, and THE WEINSTEIN COMPANY. Moët Hennessy is a Grand Philanthropist.

The annual star-studded event, traditionally the most glamorous and unpredictable event held in conjunction with the Film Festival, will take place at the Hôtel du Cap-Eden-Roc in Antibes, France. Since amfAR’s late Founding International Chairman Dame Elizabeth Taylor hosted the first Cinema Against AIDS in 1993, the event has become the most coveted ticket in Cannes and has raised more than $80 million for essential AIDS research. +- Past events have been chaired by amfAR Global Fundraising Chairman Sharon Stone, President Bill Clinton, Demi Moore, Sir Elton John, and Madonna, among many others.

Like the epidemic itself, AIDS research knows no borders. amfAR’s programs have had a global reach since 1986, when the Foundation began awarding international grants. Today, amfAR continues to fund HIV/AIDS researchers worldwide and works to translate their research into effective policy, prevention, and treatment programs around the globe.

The event is produced by Andy Boose/AAB Productions.