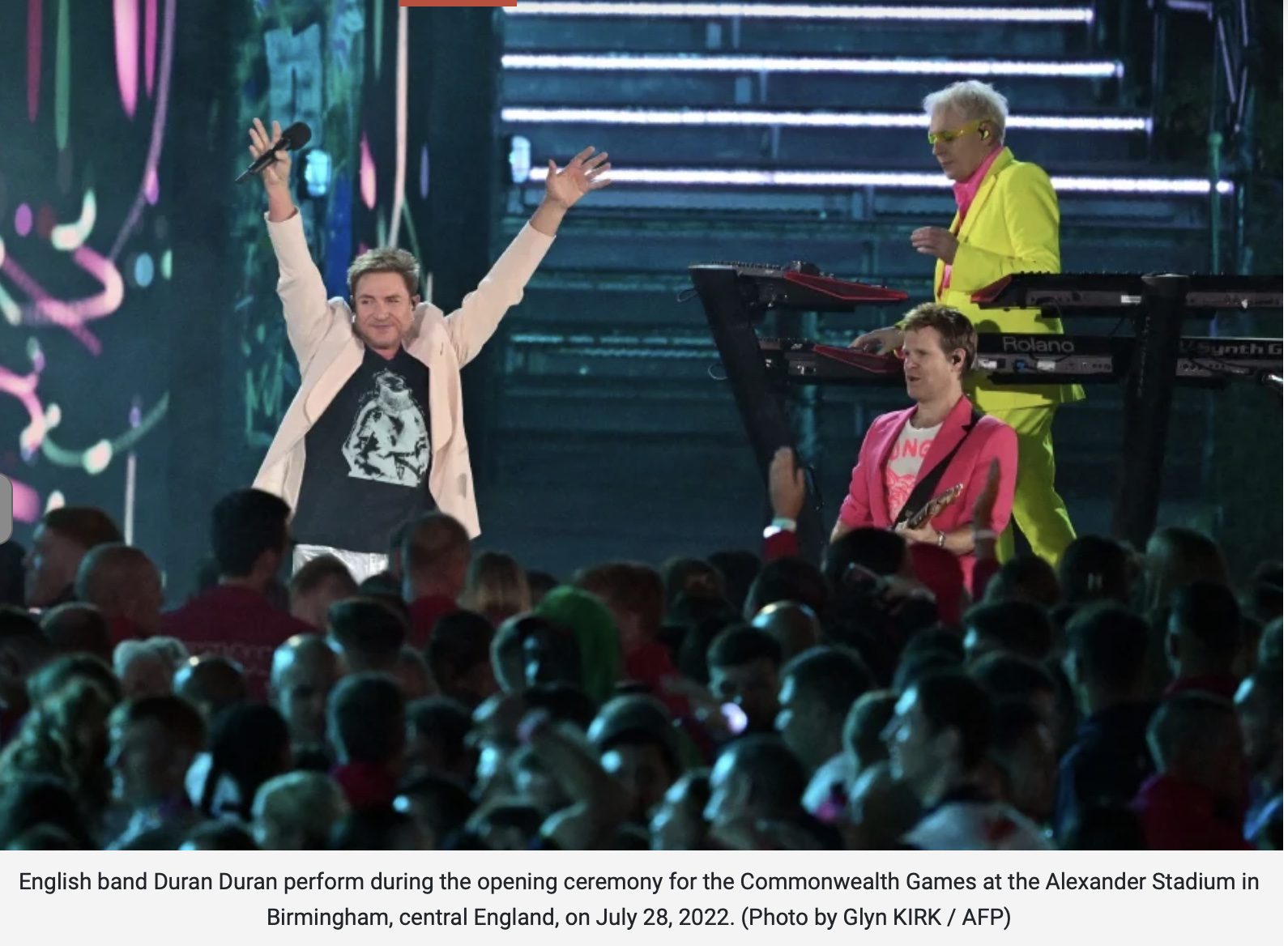 The Commonwealth Games are officially underway.

The sporting extravaganza kicked off with an elaborate opening ceremony on Friday morning (AEST), captivating locals and attracting interest from TV viewers around the world as Birmingham put on a show.

Prince Charles arrived in style, driving the same Aston Martin the Duke and Duchess of Cambridge famously left Buckingham Palace in on their wedding day. Charles and Camilla Parker Bowles, Duchess of Cornwall, arrived together at the Alexander Stadium — drawing comparisons to James Bond and his famous Aston Martin.

The ceremony celebrated aspects of Birmingham’s history and culture — which explains why a giant 10m tall mechanical “Raging Bull” waltzed into the stadium at one point. The Bull Ring is a major shopping district in the city, which also features a sculpture of a bull, while the mascot for these Commonwealth Games is Perry the Bull.

Female chain makers dragged the bull into the stadium, representing the chains used during the slave trade. The bull then broke free of those chains — symbolising the abolition of the slave trade and the 1910 wage strike that paved the way for women to break free from poverty.

The bull was then “tamed” by a performer and settled in the middle of the stadium, becoming a focal point of the entire ceremony.

It takes a lot to upstage a giant bull, but musical icons Duran Duran — whose career started in Birmingham — gave it a red hot crack at the end of proceedings.

Everyone inside the stadium was loving it, dancing along to the music as the famous British band produced a festival atmosphere with some classic tunes.

TV viewers went wild too, taking to social media to praise the veterans for ending things on a high note as they belted out fan favourites Save A Prayer, Planet Earth and Ordinary World.

Previous Article
“Let the Songs do the work”
Next Article
Duran Duran BST Hyde Park in review!
News
Back to all news