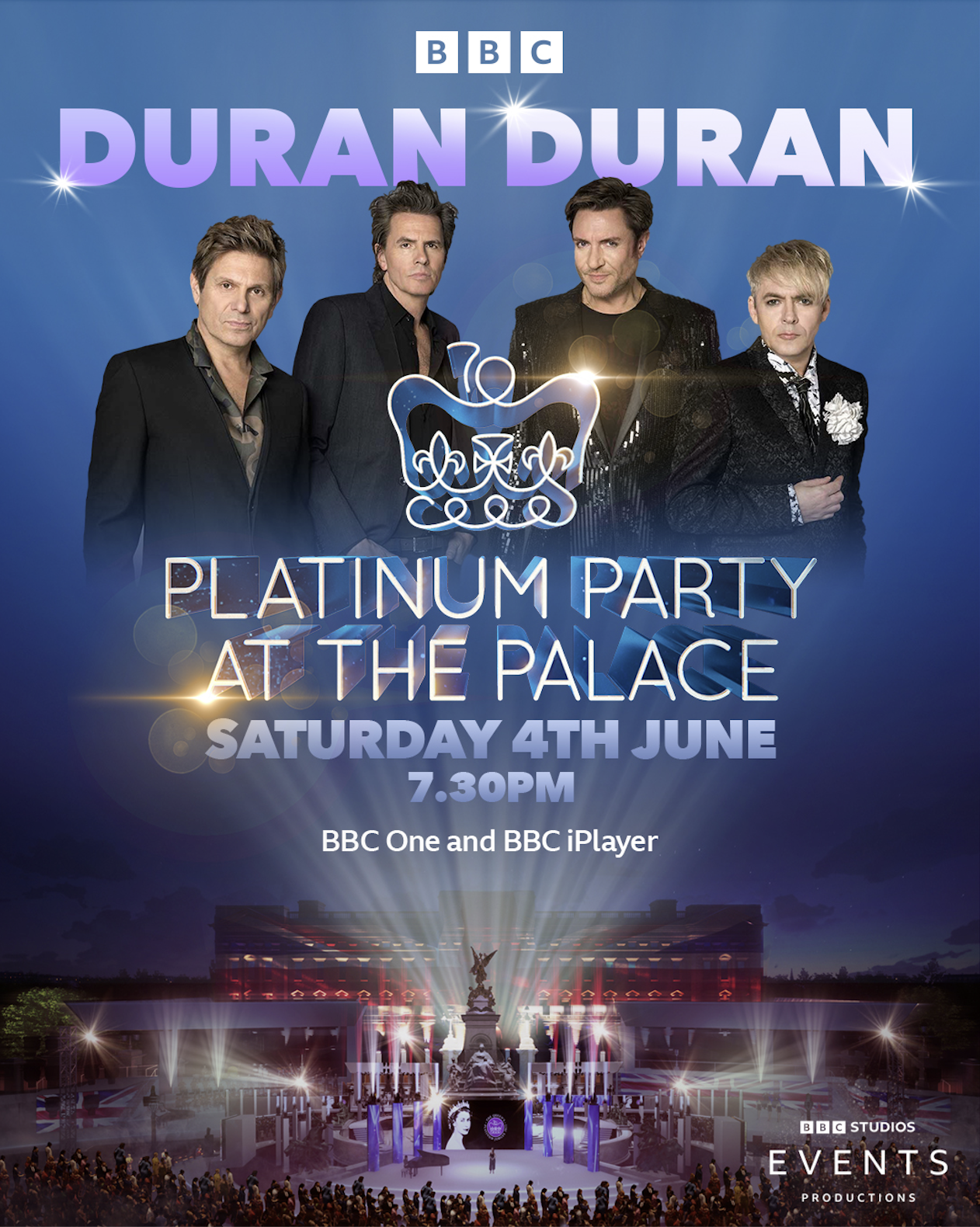 An eclectic evening of entertainment to celebrate The Queen’s seventy-year reign to feature global stars including Duran Duran and more.

The BBC and Buckingham Palace today unveiled a glittering group of performers from the worlds of music and dance set to perform at the Platinum Party at the Palace concert which takes place on Saturday June 4th at Buckingham Palace - and live on BBC One, BBC iPlayer and BBC Radio 2.

The evening will pivot around global themes that have been born, or evolved, during the breadth of Her Majesty’s reign due to extraordinary British and Commonwealth contributions including Fashion, Sport, The Environment, 70 Years of Pop Music and Musicals – the latter featuring a unique collaboration between musical theatre giants

Stars from the stage and screen, and the sporting world appearing at the event and on film will include Sir David Attenborough, Rowan Atkinson, Emma Raducanu, Stephen Fry, Dame Julie Andrews, The Royal Ballet, David Beckham, Ellie Simmons, Idris Elba and a specially recorded performance from X.

Hosts Kirsty Young and Roman Kemp will lead live coverage of the Platinum Party at the Palace to be broadcast across the BBC, with 22,000 people attending the event including 10,000 allocated in a public ballot and over 7,500 tickets for key workers, members of the Armed Forces, volunteers, and charities.

The unique Platinum Party stage design consists of three stages, linked by walkways, which create a 360-degree experience in front of Buckingham Palace and The Queen Victoria Memorial. Linking the stages together into one overall design are 70 columns representing Her Majesty’s 70-year reign that can be illuminated to provide a full formation of lights and beams. For the first time, two of the three stages sit immediately in front of Buckingham Palace, framing the iconic home of The Queen.

Additional artists will be confirmed closer to the event - with some surprises left for the evening itself.

BBC Studios Productions are staging the event and producing the live broadcast on behalf of the BBC and Buckingham Palace.