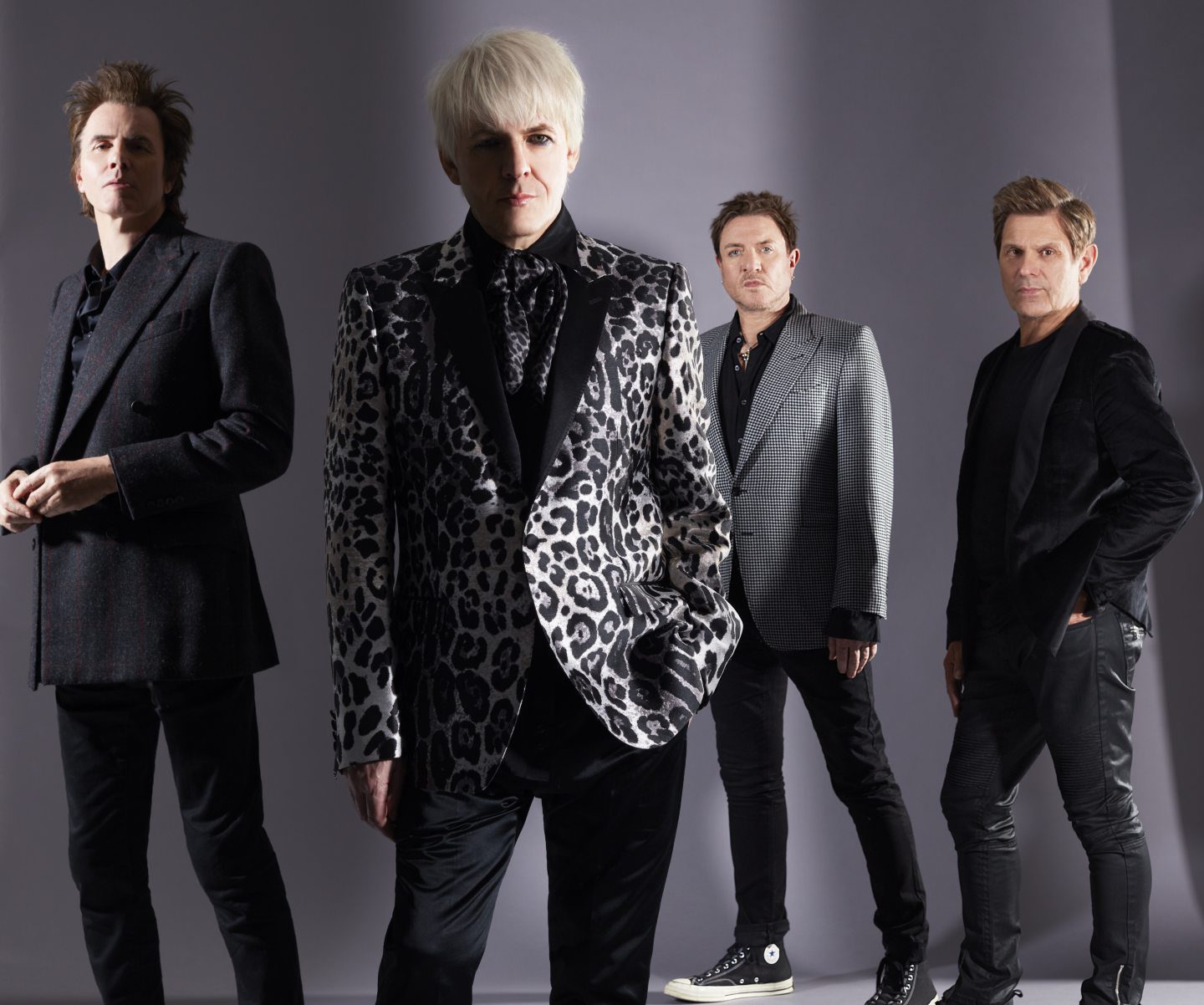 The iconic stars, who headline the Caledonian Stadium in Inverness on Saturday, have been in that position since original guitarist Andy Taylor left the band in 2006.

John admits it was initially ‘a pain’ but the lack of a permanent guitarist has allowed Duran Duran to evolve and explore new sounds.

One of the biggest bands in the world in the eighties and nineties Duran Duran collaborated with Blur guitarist Graham Coxon on recent hit album Future Past.

The band will play tracks from that album, and all the hits, in their first ever performance in the Highlands.

“Nick (Rhodes) is the best keyboard, synthesizer player I know.

“However what used to be a pain, but is now an ace card, is that we don’t have a permanent guitar player.

“I spent years saying we have to replace and have a full time guitar player.

“But now we’re finding that is the wild card that can move the project in a particular direction.

“In the previous album we had John Frusciante (Red Hot Chili Peppers) on a couple of songs.

“This time we had Graham Coxon from Blur which was absolutely incredible.

“The moment he started playing I was just ‘Oh my God’.

“Graham became the colour tone for the project.

“We have been playing together for 40 years so to have someone who is that talented and energetic in his ideas was fantastic.

“It gave us a whole new set of values to chase and play with.

“Graham brought a huge amount of energy to the album.”

Duran Duran have racked up record sales in excess of 100 million and consistently packed out arenas on world tours for decades.

Formed in Birmingham in 1978 the band were a vibrant gestalt of rock, pop and New Romantic.

It was a thrilling blend that propelled them to the top of the charts in both the United Kingdom and the United States.

The stars aligned for the collaboration with Blur guitarist Coxon.

John, 62, explained: “Nick did a Q&A session at a Sonos store in London and Graham was also there.

“When we were in the studio Nick said he had just met the guitarist chap from Blur and asked him If he wanted to play with us some time.

“I said fine. Cut to next scene.

“I’m then sitting having breakfast with Erol Alkan who was the producer to be. We were meeting for the first time.

“Erol said he would like to bring along Graham Coxon along as guitar player as they are neighbours and best friends.

Duran Duran will play all the hits in Inverness including classics such as Rio, Reflex, The Wild Boys and Is There Something I Should Know?

Fans who were entranced by the band in the eighties will be there at the Caledonian Stadium to relive the halcyon days and also experience the vibrant new album.

John also expects a new generation who have discovered the band’s influential back catalogue via streaming to also be part of the party in the Highlands.

He said: “We are very lucky that we have brilliant fans everywhere we go.

“There was a point at the beginning of the Paper Gods tour about seven years ago when I definitely saw younger fans coming to our shows.

“I called it the streaming effect.

“Steaming means young people can explore a vast expanse of music so easily.

“When we were kids – if you wanted to explore, for example, African music you really had to work hard.

“If you wanted a Fela (Kuti) record because someone mentioned him it would be so difficult.

“You had to find a specialized record store and send off for it by mail order.

“Now if someone mentions Fela it’s one click and the music is there.

“You could become a fan in an hour and that leads you to all sorts of things.”

Discussing the endless expanse of music available online turns John to his own epiphany, that moment when he fell in love with music.

It was when he was on the verge of entering his teens when the passion for music hit him.

He said: “When I was 12 I had this moment where it all clicked that I love music.

“I had to get those records.

“It wasn’t enough just to hear them Tony Blackburn play them on the radio.

“I had to pull the resources, get to the shop and be like Gollum with that ring – It’s mine, it’s mine.

John caught Covid-19 in the early stages of the pandemic in March 2020.

During the lockdown he regularly posted tutorials to show fans how Duran Duran classics were written.

John, who lives in Los Angeles, said: “I had Covid quite early on in March 2020.

“Coming out of that, feeling the relief of that, it was then just as the fear was really beginning to descend.

“I thought I would like to do something that puts a bit of positivity out there into the ether.

“It was proposed to me that I do something along the lines of tutorials.

“My wife and I worked in isolation, writing and filming these presentations.

“I called them the evolution of the song from the perspective of the bassman.

“I told about how songs like Rio, Girls on Film, View to a Kill came into being – from my perspective.

“You ask anyone else they could tell the story completely differently.

“It was a remarkable experience to dive into some of the songs we had written in our twenties. I got a lot of out it.”