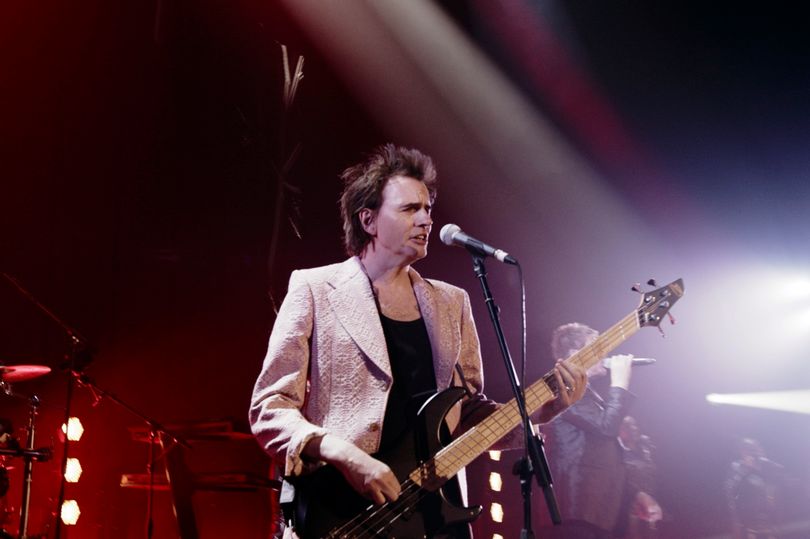 Duran Duran bassist John Taylor was full of praise for Irish concert goers as he chatted to Dublin Live about the band's upcoming gig in St Anne's Park this summer.

The band take to the stage in Dublin on Sunday, June 12 to perform a myriad of beloved hits as well as new material from the group's latest album Future Past.

Describing his excitement about performing to audiences following a rough two years for the entertainment industry, John revealed that he is "super excited" to take to the stage again, particularly in Dublin.

He explained: "The last time we played in Dublin was incredible.

"The Irish are music lovers. They love to dance, they love to let go, there's an unbridled sense of fun and appreciation of all kinds of music. You know it's not going to be an audience of chin strokers.

"We like to jump around too. That's the kind of band we are, so it's a good marriage."

Speaking about the new album, which includes collaborations with Tove Lo, Ivorian Doll and Mike Garson, John said that when he's producing a record, he always has the concert in mind.

He explained: "I go into the studio to create content that I can take to the stage. Nick might say something different, but for me, the stage is the place where it all comes together."

Giving us a taste of what to expect at Duran Duran's St Anne's Park gig on June 12, John said: "There are probably half a dozen songs we just have to play. Most of them we wouldn't want to not play.

"You play a song like Ordinary World or Rio and you're like, "That's a banger right there".

"It's a balance between classics and new material. That's something Duran Duran's audience knows about us. When you show up to a Duran Duran concert, you're going to see a band that is still in the game creatively.

"The fun for us is mixing it up. We'll play one then we'll hit them with another. It's like a boxing match. Having the songs to choose from is really amazing."

Revealing which songs from the new album he is excited to perform for people in the future, John revealed that Beautiful Lies is one he's buzzing for.

He explained: "I hadn't considered it for the live show. I went into Zane Lowe's studio in LA for an interview and he played that song. It was so loud and it sounded amazing."

John wasn't shy about his love for Dublin, explaining that he has a particular soft spot for the statue of his old friend Phil Lynott.

Tickets for Duran Duran at St Anne's Park are on sale via Ticketmaster.