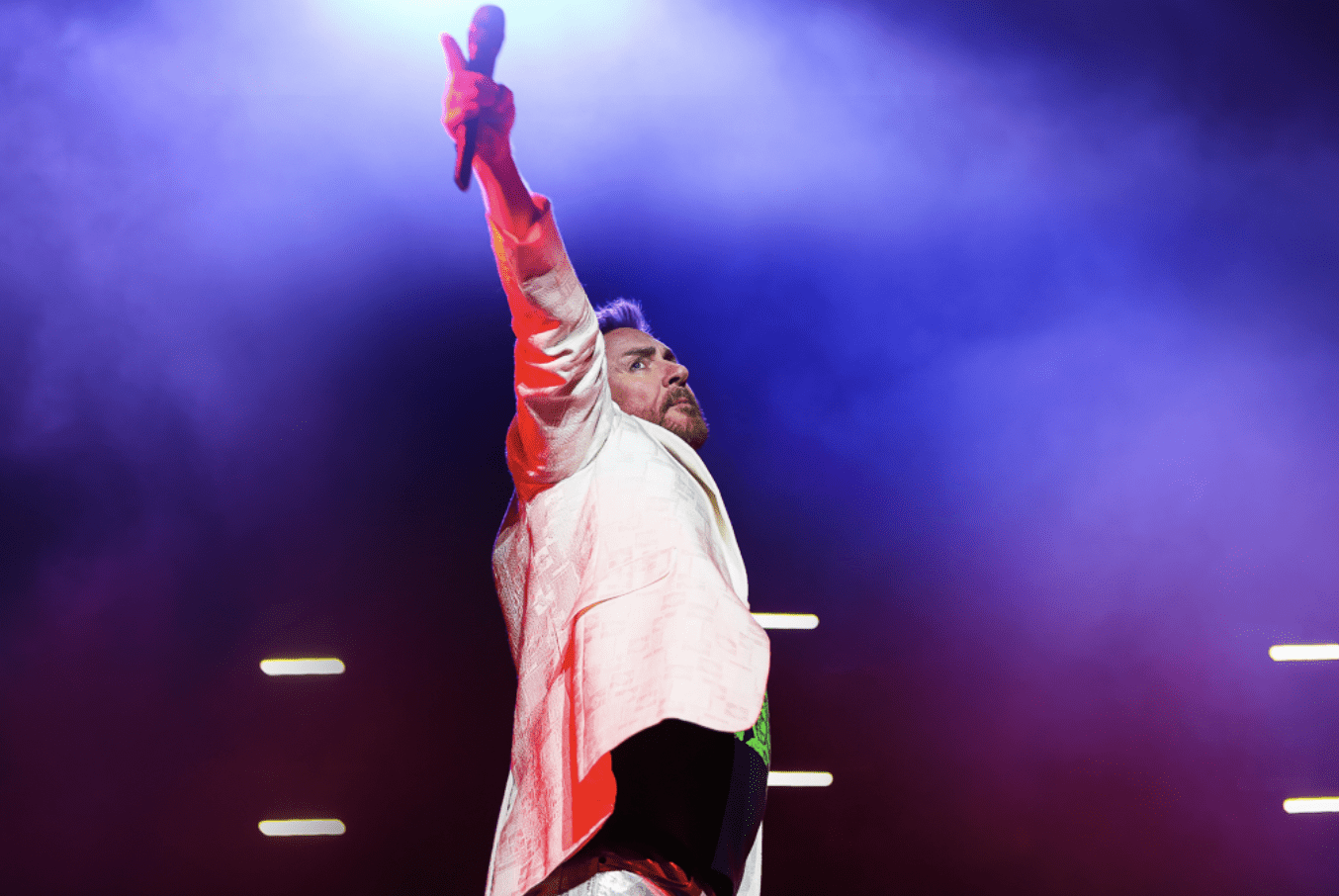 Pop icons Duran Duran tore the roof off the Chase Center in San Francisco last night and did so with poise, honor, and respect just like the fine English gentlemen that they are. “Thank you for welcoming us into your living room San Francisco,” said singer Simon Lebon at the start of the show, “and what a fine one it is.”

The audience reciprocated the compliment by not only welcoming them in but making them feel like the rock royalty that they are. Middle-aged women everywhere could be seen desperately latching on to their every note and dance move. I think I even overheard one saying that she was about to faint the moment bassist John Taylor arrived onstage.

They kicked the show off with “Wild Boys,” a song instantly recognizable by its catchy intro and building groove. They then went straight into “Hungry Like a Wolf,” one of the band’s biggest hits which had the crowd singing along to every lyric. “Notorious” and the James Bond classic “A View to a Kill” quickly followed, two songs that forever edged this foursome into rock n roll history. Coincidentally they’ll be inducted into the Rock n Roll Hall of Fame later this year, a well-deserved accolade considering the far-reaching extent of their success.

Simon LeBon took a moment in the middle of the show for a breather but also to pay respect to the men and women fighting over in Ukraine. He made a plea for peace, which lead to a touching performance of “Ordinary World.”

Opening the show was Chic led by none other than Nile Rodgers who last played the Chase Center with Cher back in November of 2019. To have both Duran Duran and such an iconic producer as Rodgers share the same stage was the stuff of legends. Musicality of this caliber is truly hard to come by these days so when you’re afforded the opportunity to witness it in person it’s something that shouldn’t be missed.