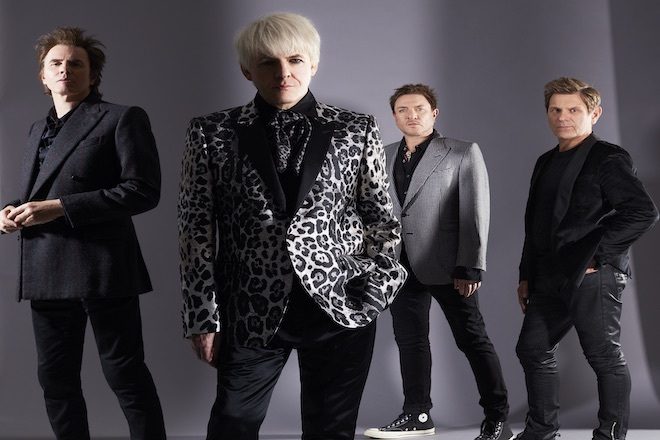 Nick Rhodes and John Taylor of Duran Duran have both unveiled their own exhibitions of artwork in Ibiza, displayed alongside each other, which will be available to view until tomorrow and Monday respectively.

The exhibitions are running in parallel with the 40th anniversary celebrations of Duran Duran, which sees the band perform in Ibiza over 30 years since they last played together on the White Isle.

To complete the weekend of celebrations, the weekend is set to finish at Ushuaïa for the band's headline performance, 'Last Night in the City', which runs until 11pm and features Pete Tong as a special guest.

Rhodes' exhibition, 'Ghosts of Peonies', features 88 images: 40 of flowers, and 48 small prints of corroded copper. The photographs were taken over a three-week period last year, with views of the same flower arrangement being captured across different stages.

“When the flowers began to fade, I was drawn to how deeply strange and beautiful they looked," he explains. "As the days passed their appearance became increasingly more bizarre. The petals began to fall and the forms and colours revealed ghost-like characters. I photographed the flowers because I didn’t want them to die, I wanted them to live on and now they do through these images.”

Taylor's artwork, 'Runaway', is an exhibitions of paintings and inkjet printings. The works explore the artist's experience of time, space and emotion through close exploration of his own past, whilst also reflecting on broader global trauma and upheaval.

Read this next: IMS business report reveals music industry grew by 18% in 2021

Additionally, he has created four multimedia collages, which form the shape of a cross and feature layers of silkscreen images. These images include the cover of the Duran Duran's first demo tape, a map of Birmingham and a photograph of the band with Princess Diana.

Both Taylor and Rhodes' exhibitions are currently on display at Ibiza's HANGAR8289.