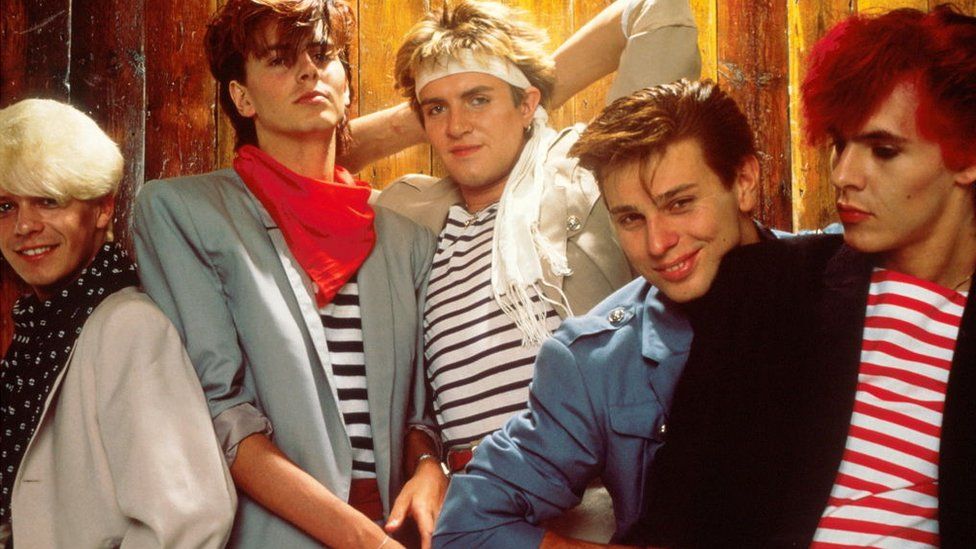 Simon Le Bon has thanked Duran Duran fans for voting the band into the Rock & Roll Hall of Fame and said they were a "little bit dazed" at the honour.

The new wave group formed in Birmingham in 1978 received the most fan votes out of all the nominated musicians.

"We are humbled and truly elated by the depth of your support, and wish to share this momentous day for Duran Duran with all of you," Le Bon said.

They will be joined in the Hall of Fame by Judas Priest, also from the city. The bands will be inducted in November, alongside acts including Dolly Parton, Eminem, Carly Simon, and Eurythmics.

Speaking from France on their European tour, Le Bon said the induction was "to my mind the closest thing you'll ever get to a rock & roll knighthood".

"This truly is a special and most valued kind of recognition for our lifetime's dedication to new music," he said.

Alongside the public vote, the recipients were voted on by more than 1,000 artists and music industry professionals.

The band, also comprising keyboardist Nick Rhodes, bassist John Taylor and drummer Roger Taylor, were one of the biggest acts in the 1980s, with songs such as "Rio" and "Wild Boys."

Previous Article
Roger’s DJ Set List from Pacha, April 30, 2022
Next Article
Duran Duran’s Simon Le Bon Is ‘Excited’ to Finally Get Into Rock Hall: ‘We’re Not a Grudge-Bearing Bunch of People’
News
Back to all news