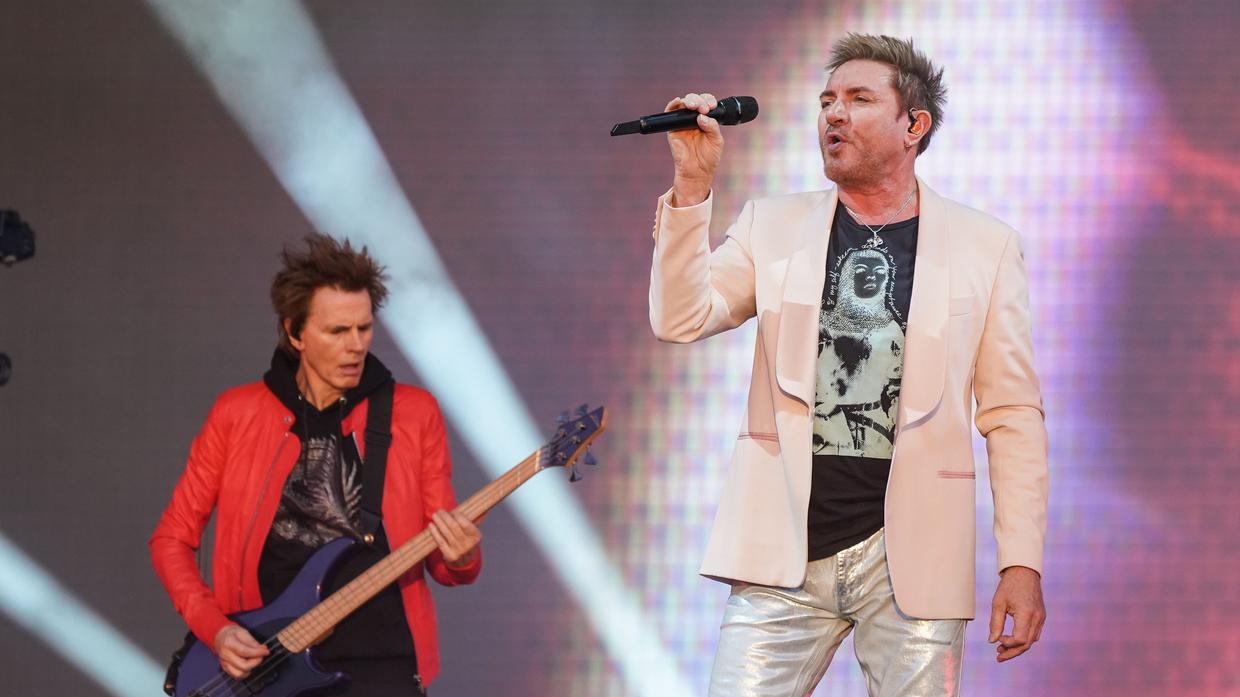 Duran Duran played to cheering crowds on Sunday evening as they headlined the BST Hyde Park festival in London.

Joined by Nile Rodgers and Chic for part of the show, the band belted out their greatest hits on the Great Oak stage as festival-goers enjoyed the sunny weather.

The gig marked Duran Duran’s BST debut and is part of their 40th anniversary celebration tour, while also being their only London show for 2022.

Le Bon shouted to the crowd: “Good old London town, how are you doing? We are Duran Duran.”

The band, which formed in Birmingham in 1978, also played Hungry Like the Wolf, Girls on Film, Notorious, The Reflex and the Bond theme, A View To A Kill.

They also included material from their recent album, Future Past, which is their 15th studio album. Songs included Anniversary and All Of You.

Presenting Nile Rodgers to the crowd, Le Bon said Duran Duran first worked with the musician and producer in the 1980s.

“Without him, there would not be a Duran Duran today,” he said.

“Today, this man becomes an honorary member of Duran Duran.”

Le Bon later dedicated the song Ordinary World to the people of Ukraine.

“They are going through unimaginable suffering and hardship.

“We wish them peace in their own country… and happy lives.”

Duran Duran closed the show with their world-famous hit Rio.

Later this year, the band will be honoured as inductees into the 2022 Rock & Roll Hall of Fame, after selling over 100 million records.

Last month, Rodgers and Chic performed with Duran Duran at the Queen’s Platinum Jubilee Party At The Palace, watched by an average of nearly 12 million people in the UK.

Other stars to have appeared at the BST festival include the Rolling Stones, Sam Fender and Stereophonics.

Previous Article
Duran Duran at BST Hyde Park review: An electrifying nostalgia trip from the 80s legends
Next Article
“IT’S ALL ABOUT THE RHYTHM SECTION”: THE BEAUTIFUL COLLISION OF DURAN DURAN AND EROL ALKAN
News
Back to all news