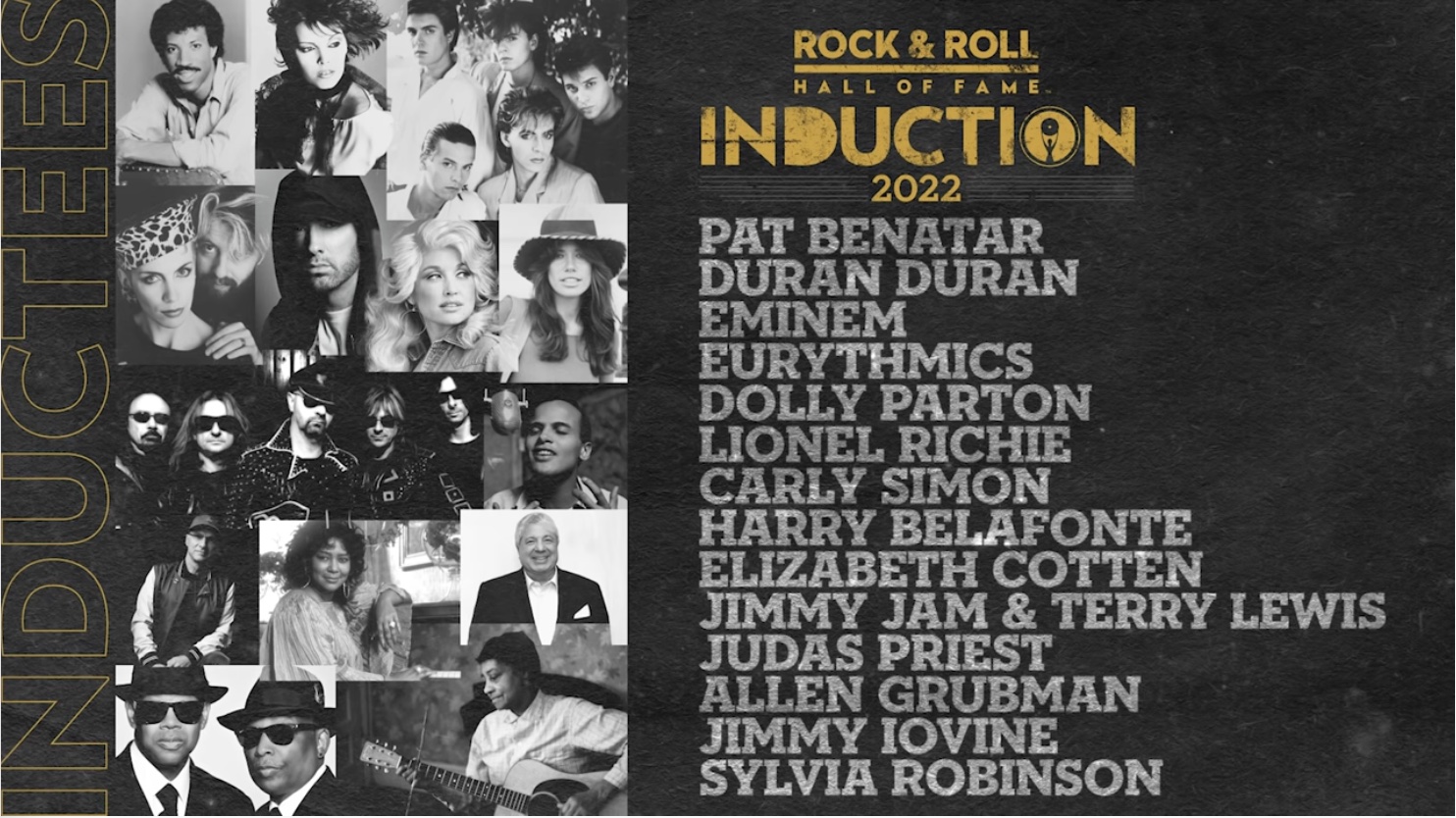 Duran Duran were announced this morning as part of the class of 2022 inductees into the Rock and Roll Hall of Fame. After releasing a brief video of thanks following the announcement, the band shared a statement from France in which they called the honor “the closest thing you’ll ever get to a rock & roll knighthood.”

“Here in the wild, beautiful world of Duran Duran, I think we’re all in a little bit of a daze about this,” said frontman Simon Le Bon. “It’s one thing to be nominated — but a totally different thing altogether to be actually voted up for induction into the Rock & Roll Hall of Fame, which is to my mind the closest thing you’ll ever get to a rock & roll knighthood. This truly is a special and most valued kind of recognition for our lifetime’s dedication to new music.”

He continued, “We owe a great debt of gratitude to all our fans, and everybody else who kept us in the No. 1 slot for almost the entire duration of the Rock Hall 2022 Public Vote. We are humbled and truly elated by the depth of your support, and wish to share this momentous day for Duran Duran with all of you.”

The English New Wave pioneers dominated the Fan Vote ballot with 934,880 votes compared to runner-up and fellow inductee Eminem, who nabbed just over 684,000 votes. The fan ballot is comprised of the Top 5 vote-getters and is tallied among the ballots from the Hall’s 1,200 voting committee. Though leading the Fan Vote has no bearing on eventual Rock Hall entrance, Duran Duran joins the likes of Tina Turner, Rush, and Bon Jovi as nominees who decisively won both the public and the Hall’s blessing for induction.

Founding member and bassist John Taylor added: “It’s quite an honor for Duran Duran to be elected into the Rock & Roll Hall of Fame, and not one we ever expected. We have never thought of ourselves as a Rock ‘n’ Roll band, more of an ‘ongoing Art Project’, however, I feel a profound sense of gratitude for the acknowledgment this award represents. We are thrilled to see some of our contemporaries joining us this year, Annie and Dave [of Eurythmics] in particular, and would like to thank each and every one of you who took the time to register and vote for us.”

The 37th Annual Rock & Roll Hall of Fame induction ceremony will take place on November 5th at the Microsoft Theater in Los Angeles. The class of 2022 also includes Eminem, Dolly Parton, Eurythmics, Carly Simon, Pat Benatar, Lionel Richie, and more. Le Bon and Taylor have appeared at the festivities before as presenters for Roxy Music during their 2019 induction. Most importantly, the band can finally be left to fade from Pearl Jam bassist Jeff Ament’s infamous Rock Hall omissions t-shirt.

Duran Duran is currently on tour in Europe with a North American leg to follow starting in August. They’ll host 14 shows across the US and Canada with support from Nile Rodgers & Chic on select dates. Grab your seats today via Ticketmaster.

In 2021, the band released their 15th album FUTURE PAST, led by the singles “INVISIBLE,” “ANNIVERSARY,” and “TONIGHT UNITED.” A deluxe edition followed in February, preceded by a new, unreleased song, “LAUGHING BOY.” They also recently spoke with Consequence about the 40th anniversary of their self-titled debut album.