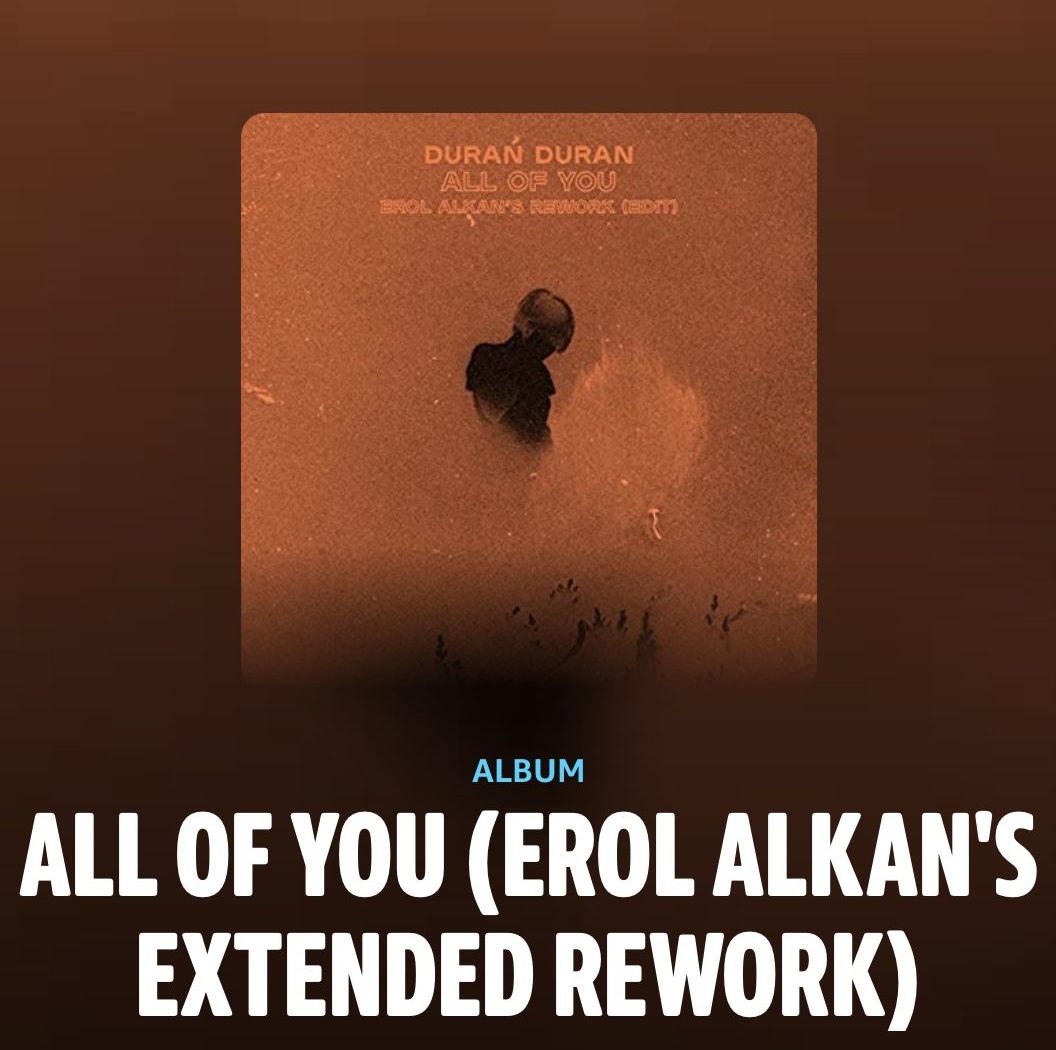 ANNOUNCED AS THIS YEAR’S ROCK & ROLL HALL OF FAME INDUCTEES; CEREMONY TO TAKE PLACE THIS FALL

FIFTEENTH STUDIO ALBUM, FUTURE PAST IS OUT NOW

Originally debuted by Erol Alkan in Ibiza at the band’s three night ‘Duran Duran: Touch The Sunrise’ immersive weekend experience that lifted the curtain on the island’s summer season, the extended rework is a hypnotic, expansive ode to the FUTURE PAST album highlight. Duran Duran's instantly recognizable sound is complemented with new accents and flourishes - John Taylor's head-nodding bass line entwines with Graham Coxon's guitar lead, both shot through with instant hooks and punctuated by Nick Rhodes' cinematic keys.

The extended rework arrives as Duran Duran look ahead to their long-awaited North American headlining tour this summer, celebrating the band’s spectacular four-decade career and in continued support of their critically acclaimed 15th studio album, FUTURE PAST.

Starting August 19, the 14-date tour will see the multi-platinum, award-winning legends play iconic venues such as Madison Square Garden in New York City, the Wynn Las Vegas, and The Hollywood Bowl in Los Angeles, amongst others. Tickets for the band’s North American tour are on sale now. Please visit www.duranduran.com for details and to purchase tickets.

Joining as special guests for all shows except Las Vegas (which is billed as ‘an evening with’) and Los Angeles (which will showcase an exciting multi-act supporting bill) will be Nile Rodgers & CHIC.

On Saturday, June 4th, Duran Duran is set to take the stage at Buckingham Palace in London for the Queen’s Platinum Jubilee Concert in celebration of Queen Elizabeth II’s 70th anniversary on the throne. The show takes place on 3 stages, with an in-person audience of 22,000 and will be broadcast live on BBC One and Radio 2.

In other exciting news, the Rock & Roll Hall Of Fame announced that Duran Duran will be inducted this fall, joining a long list of ground-breaking global icons before them. The 37th Annual Ceremony is set to take place November 5th at the Microsoft Theatre in Los Angeles, California.

Enlisting the help of some of the most exciting names of the last 50 years, with ‘FUTURE PAST,’ Duran Duran have delivered another incredible genre-spanning piece of work that once again sets them apart from the pack. Working alongside DJ / producer Erol Alkan and pioneering Italian composer / producer Giorgio Moroder, who added his magic to create two instant future classics (‘BEAUTIFUL LIES,’ ‘TONIGHT UNITED’), as well as some of the most unexpected and inspiring names in pop – including Swedish hitmaker, Tove Lo on ‘GIVE IT ALL UP,’ ‘Queen of Drill’ Ivorian Doll on ‘HAMMERHEAD’ and Japan’s CHAI on ‘MORE JOY!’. In addition, Blur’s Graham Coxon co-wrote and lends his guitar to several tracks on the record and David Bowie’s former pianist Mike Garson adds an exquisite sonic layer to album closer ‘FALLING’. The record, which was recorded across studios in London and LA over lockdown, also features long-time collaborator Mark Ronson who co-wrote and played on ‘WING,’ and was mixed by Mark ‘Spike’ Stent.

LISTEN TO ‘ALL OF YOU’ (EROL ALKAN EXTENDED REWORK) HERE.

FUTURE PAST’ (DELUXE) IS AVAILABLE HERE.

Previous Article
Nick on the Passing of synth guru Dave Smith
Next Article
Duran Duran’s John Taylor: ‘I Wouldn’t Want To Be In Any Other Band’
News
Back to all news