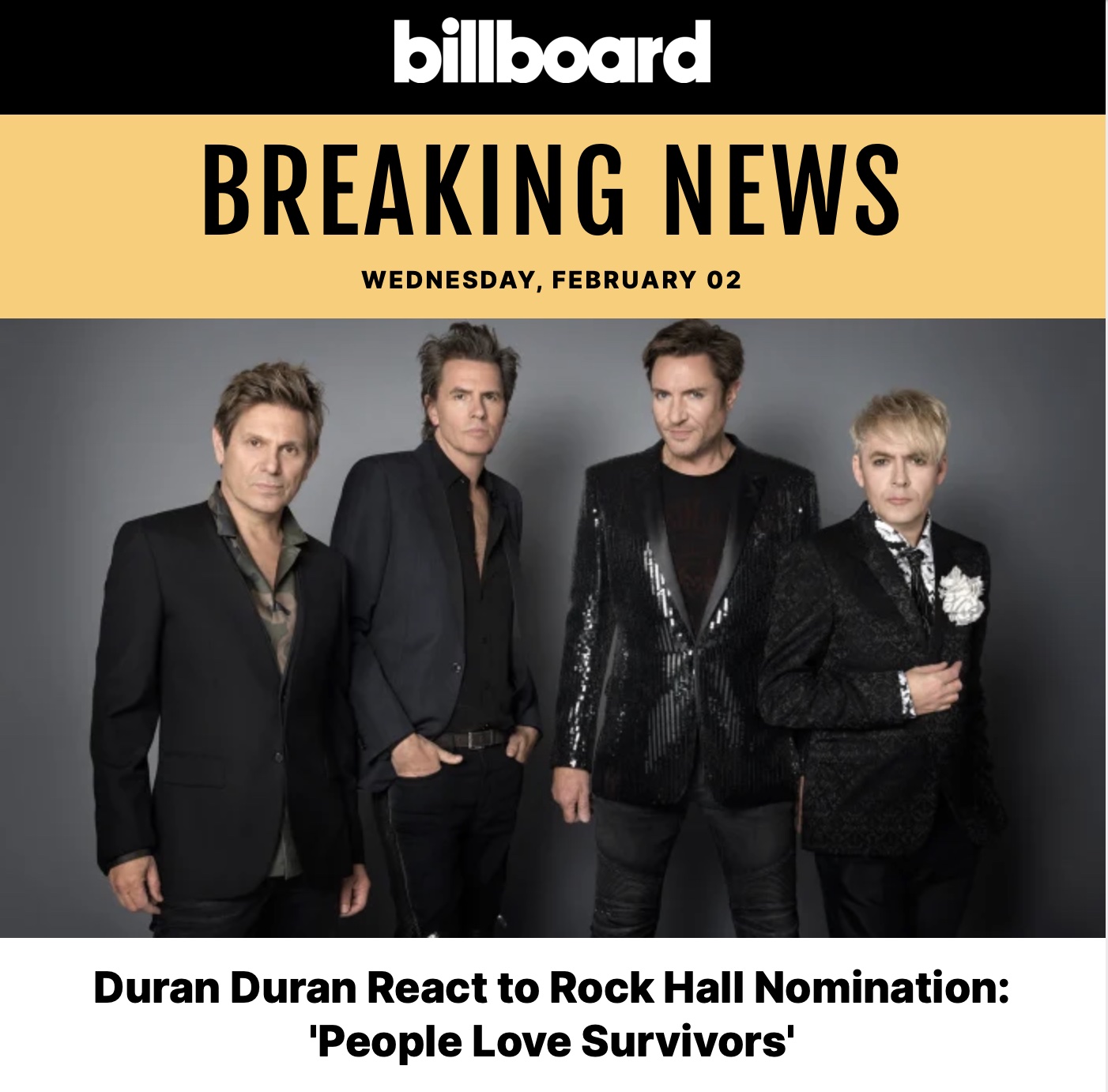 When the Rock and Roll Hall of Fame announced the nominees for the Class of 2022 on Wednesday (Feb. 2), Duran Duran found itself nominated for the honor for the first time.

Joining the new wave hitmakers on the shortlist of 17 artists nominated for the Rock Hall’s 2022 class are several other seminal acts from the ’80s, including Kate Bush, Devo, Eurythmics and Pat Benatar. While Duran Duran never had trouble packing fans into arenas and earned two No. 1s on the Billboard Hot 100, they tended to come up short when it came to critical respect in the Reagan Era. That’s certainly changed over the last decade or so as the band’s impact on the next generation of musicians became clearer, and rock snobs stopped treating “new wave” and “synth-pop” as dirty words.

All that is certainly reflected in the band receiving their first nomination despite being eligible since 2006 — and hey, it probably didn’t hurt their chances with Rock Hall voters that they blew the crowd away while paying tribute to Roxy Music at that group’s 2019 Rock Hall induction.

Not long after Nick Rhodes chatted with Billboard about the group’s eco-friendly NFTs, which tie-in with its 15th studio album Future Past, drummer Roger Taylor answered a few questions for us about the overdue honor.

How does it feel to land your first nomination for the RRHOF?

In a word, ‘unbelievable’ comes to mind. We’ve worked so hard for so long… and sometimes it just feels good to receive affirmation like this from the industry that we work in.

You’ve got some fellow new wave compatriots in there with you (Kate Bush, Eurythmics). What do you think that says about the Rock Hall beginning to appreciate that era of music?

Well… I do think that the era that we ‘cut our teeth’ in is really standing the test of time. It was such a special time writing and producing music in a very self-contained manner, something that we seem to have lost somewhat these days.

I can’t think of many more outstanding artists than Kate Bush and the Eurythmics actually. It says a lot about a great institution that continues to have an open mind, which is immensely important.

Who did you call first when the nomination news broke?

My wife, who else?

Why do you think the call came now?

Sometimes things come quickly, but in our case garnering respect has been a long journey, but it feels all the sweeter when it arrives. It seems that people now see us in a very different light than the early stages of our career, we are continuing to survive in a musically creative manner and in a very tough industry. I think people love survivors.

Previous Article
February 2022 D Blast – Duran Duran nominated to the Rock & Roll Hall of Fame
Next Article
John Taylor: “The energy is my department – it gets laid down by the bass and drums. It’s my job to bring as much energy to that mood as possible”
News
Back to all news