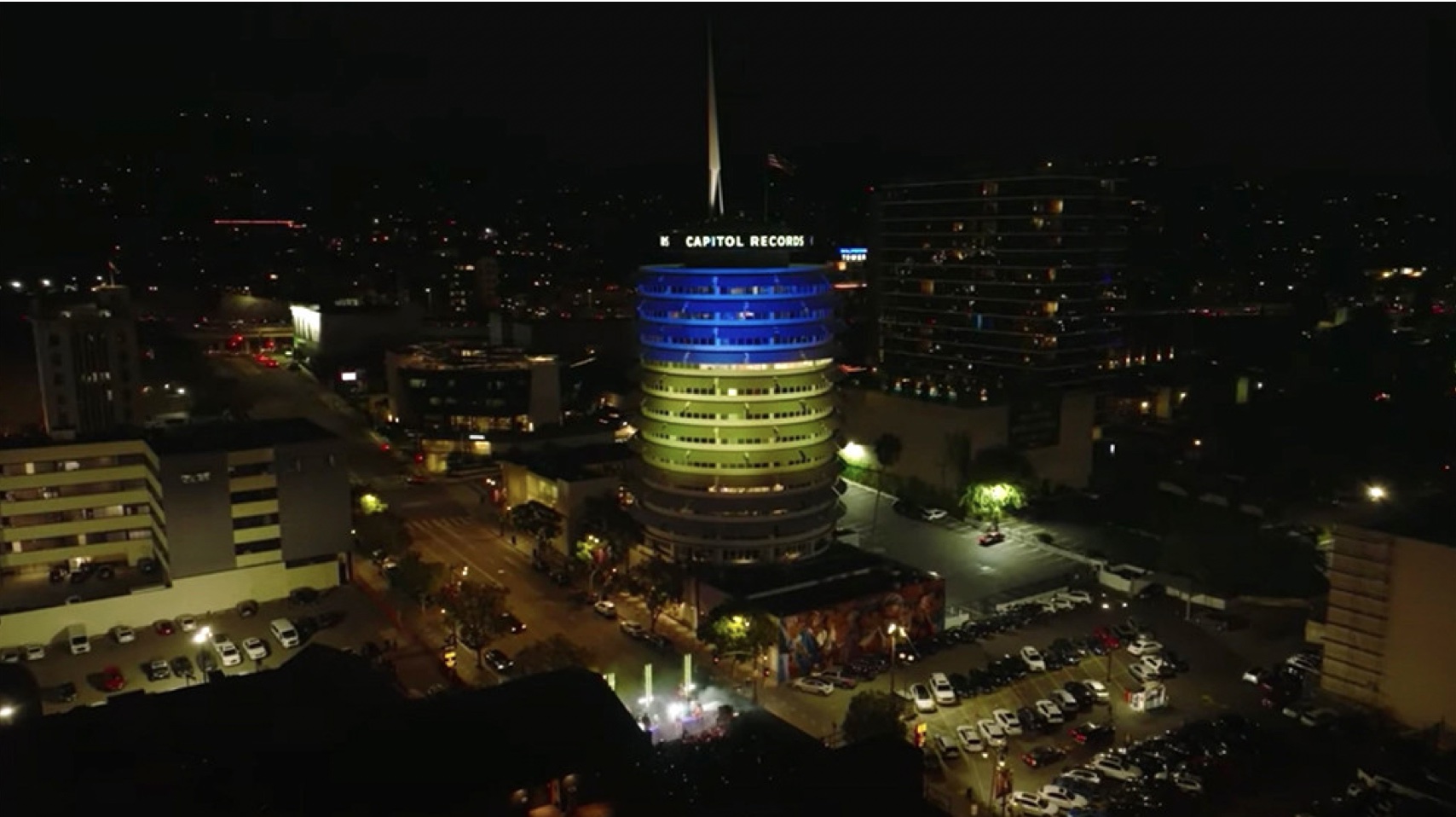 Duran Duran treated 250 friends and family, and a few industry professionals, to a private performance on the rooftop of the Aster in Hollywood Thursday night. The performance was recorded for a feature-length concert film and documentary the band will be releasing in June, in conjunction with their world tour, which hits North America in August.

On the corner of Hollywood Boulevard and Vine Street, the well-appointed Aster — a private members’ club and hotel that will be opening in June — provided a picture-perfect setting for Duran Duran with both the Hollywood sign and the Capitol Records tower as their backdrop.

The balmy evening and late sunset brought a dreamy quality to the intimate performance. The hour-long set featured songs from Duran Duran’s four-decade-long career, including picks from their most recent album, “Future Past.” Bookended by “View to a Kill” and “Hungry Like the Wolf,” the standout moment of the evening was during “Ordinary World” when the group had the blue and gold colors of the Ukrainian flag projected onto the Capitol Tower.

“We are appealing to our fans in Russia to have an open heart and to support peace,” said bassist John Taylor in a statement. “We are all hoping you can get back to an ‘Ordinary World.’”

Duran Duran has not shied away from bringing attention to the Russia-Ukraine war. The evening prior, during Duran Duran’s appearance on “The Late Late Show with James Corden,” keyboard player Nick Rhodes sported a blue jacket and yellow shirt and tie. The impossible-to-ignore outfit kept the dire situation in Europe at the forefront during Duran Duran’s dynamic performance of “Tonight United,” and carried through the group’s good-natured conversation with Corden, where the four original members spoke about their Rock and Roll Hall of Fame nomination, biopic and their North American tour.

Tickets for Duran Duran’s North American tour with Nile Rodgers and Chic are on sale on March 25.