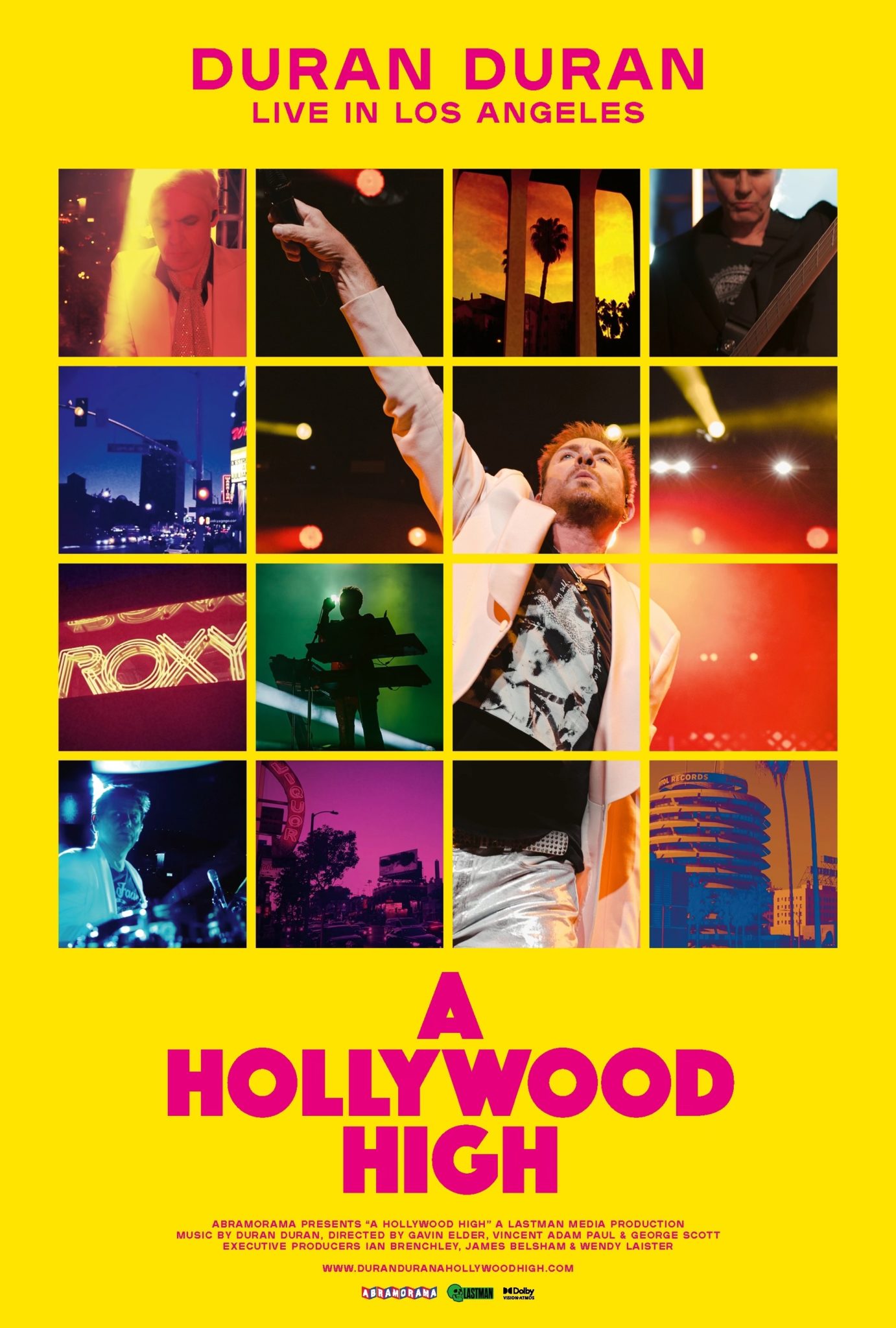 Acclaimed English new wave band Duran Duran has announced a new feature-length docu-concert film, A Hollywood High, which is set to drop as a theatrical release in Los Angeles and London, along with a global roll-out in over 40 countries, on November 3, 2022.

To celebrate the news, the band, which formed in 1978 and has been together for four decades, shared a new trailer for the upcoming release, which you can check out below.

The brand-new 75-minute concert film captures the band performing live on a rooftop in Los Angeles, along with exclusive interviews and archival footage that illustrates the story of the group’s long-time relationship with the city.

The multi-platinum, award-winning “Hungry Like A Wolf” singing band released its 15th studio album in 2021, FUTURE PAST, and the group also recently accepted an induction into the Rock and Roll Hall of Fame. Of late, the group also performed at the Queen’s Platinum Jubilee and embarked on a North American headline tour with sold-out shows in venues like New York City’s Madison Square Garden.

According to a press statement, “Duran Duran’s peerless live show will now be immortalized on the big screen in a feature-length docu-concert film, created in an innovative new format that is mixed and mastered with Dolby Atmos and Dolby Vision. Giving fans the ultimate movie-going experience.”

“For our first US show in several years, we wanted to do something really special and intimate,” said the band’s keyboardist Nick Rhodes. “After considering many options, a rooftop performance quickly became the frontrunner. It was post-pandemic, we had never done anything like that before, and we had just released a new album. Somehow it seemed like a magical doorway to the next part of our journey.”

“Duran Duran have had an enduring relationship with the city of Los Angeles since the first time we came to America,” added bassist John Taylor. “We were determined to do something unique to celebrate our four decades together. A rooftop performance in LA with the Capitol Records building across the street and the Hollywood sign looming in the distance sounded perfect and turned out to be an extraordinary night for all of us.”

On Thursday, 27 October the members of Duran Duran will attend a special premiere for the film at the Dolby Theatre in Los Angeles. This is the first time that the long-standing Oscars venue has hosted a music film like this. A London premiere will follow on Tuesday, November 1, at the Vue West End, in Leicester Square.

“It’s an honor to work with Duran Duran to bring the band’s 40th Anniversary celebration to cinemas and fans around the world, with the generous support of Dolby,” shared Evan Saxon, Head of Music and International Distribution at Abramorama “‘A Hollywood High’ will sit alongside other successful films we have distributed for The Beatles, Dolly Parton, Bob Dylan, Pearl Jam, Green Day, Metallica, Jimi Hendrix, Miles Davis, and Neil Young, among others.”