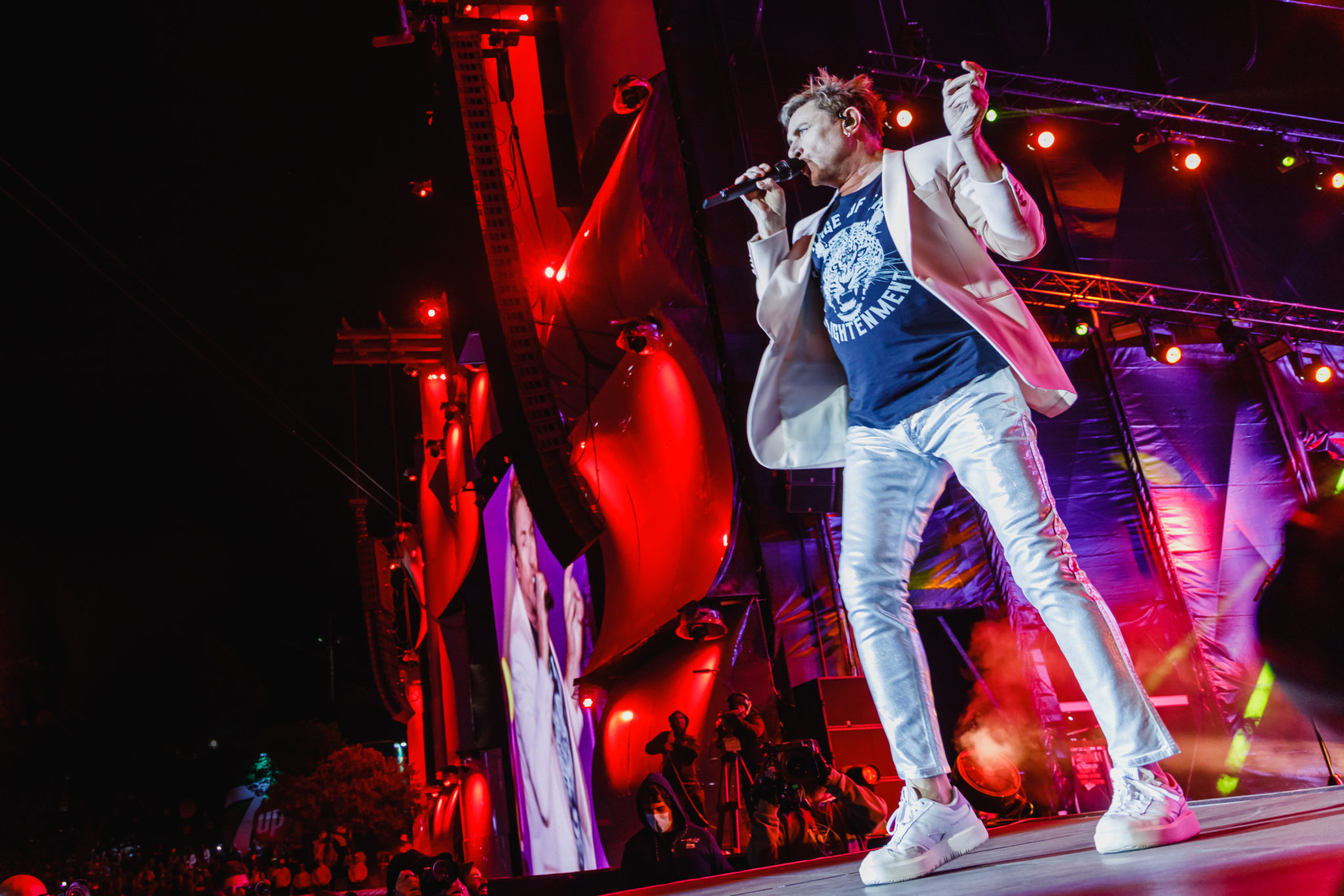 Due To Phenomenal Demand

Tickets On Sale From December 2

The FUTURE PAST Tour Continues Across 2023

Today Duran Duran have announced a second headline performance at London’s The O2, set to take place on 2nd May 2023 following their opening night at the iconic London venue on 1st May.

Closing out a landmark year for Duran Duran, last week the band announced that the FUTURE PAST tour will extend with five huge headline arena shows across the UK and Ireland through the Spring of 2023.  The dates have been met with phenomenal demand.

Duran Duran’s six headline FUTURE PAST arena shows will begin at Manchester’s AO Arena on April 29th, marking the band’s first-ever performance at the venue, followed by two dates at London’s The O2 Arena, Leeds’First Direct Arena, Birmingham’s Utilita Arena, and the 3 Arena in Dublin. More activity is soon to be announced.

Simon Le Bon said: “2022 has been an extraordinary year for Duran Duran - mainly down to the incredible fans we have around the world. In July we celebrated our years together at Hyde Park as part of the British Summer Time Festival. Next Spring we will be back on home soil once again to continue the party. It’s remarkable to me that as a band, we are still hitting new milestones, still able to introduce the sound of DD to new generations of music lovers. We are truly grateful that we get to do what we do on a daily basis, and that we still love our job as much as we did when we started out some four decades ago."

2022 has seen Duran Duran celebrate a landmark year. The band have just been inducted into the Rock & Roll Hall Of Fame, a career peak that follows a summer live season of epic proportions - headlining London’s Hyde Park, performing at the Queen’s Platinum Jubilee Concert at Buckingham Palace, closing the opening ceremony of the Commonwealth Games in their home town of Birmingham, a headline tour across North America which included sold out shows at New York’s Madison Square Garden and three nights at the Hollywood Bowl, and the cinematic release of new docu-concert film, ‘A Hollywood High’. All this after the huge success of new studio album FUTURE PAST, hailed as Duran Duran at their best by critics and fans alike, four decades into their rich and storied career.

The film immortalises Duran Duran’s peerless live show with a stunning rooftop performance taped in Los Angeles and brings to life the band’s deep and important relationship with the city through exclusive new interviews, behind-the-scenes video and unseen archival footage, charting their rise to becoming one of the most successful and influential bands of all time.

Fans around the world will be able to experience the film from the comfort of their homes via a premium, ultra-high-definition viewing experience through Veeps.com or the Veeps app on Apple TV, Roku, iOS, and Android.

‘A Hollywood High’ is the first Veeps show to be enabled with 4K / UHD, Dolby Digital & Atmos (the highest possible quality, cinema-grade sound and vision available), as well as closed captions and subtitles. Tickets for the stream are available at DuranDuran.veeps.com.

Closing an extraordinary year for Duran Duran, a deluxe edition of new studio album ‘FUTURE PAST (Complete Edition)’ is out now via BMG. The 2LP set includes all 15 tracks from FUTURE PAST plus Duran Duran’s cover of David Bowie’s “Five Years”. The first LP is red, the second is green. The gatefold package features a new silver/grey version of the cover art and also includes two 12″ x 12″ art booklets. Listen/order here.

May 2 - The O2, London - Extra Date Added Due To Huge Demand

Previous Article
PETE TONG AND JOHN MONKMAN UNVEIL REMIX OF DURAN DURAN’S ‘GIVE IT ALL UP’
Next Article
VIP Fan Community : FOUR Weeks of GIVING
News
Back to all news